After doing a cameo in Salman Khan’s latest release Tubelight, Shah Rukh Khan revealed that it wasn’t difficult for a producer to have both the actors in a film, as it wouldn’t cost a lot of money for anyone to make a film with them. The duo is best known for their iconic roles as Karan-Arjun in 1995 film. Shah Rukh Khan will next be seen in Aanand L Rai’s next untitled film, in which Salman Khan also has a special appearance.

During a recent interview, SRK was asked whether he would reunite with Salman in a film and whether such a film would be the most expensive as it would have both the superstars. The Dilwale actor responded: “No, not at all. We are very cheap that way (laughs). So it’s not going to cost a lot of money for anyone to make a film with us. But ya, a lot of heartaches and love you need to have because both of us are a little spoiled. So the producer director will have to treat us like as if we are children because we are children at heart.”

Further talking about coming together in a full fledged film with Salman Khan, he said that it would take a lot of doing for them to come together, as the process requires a lot of time. 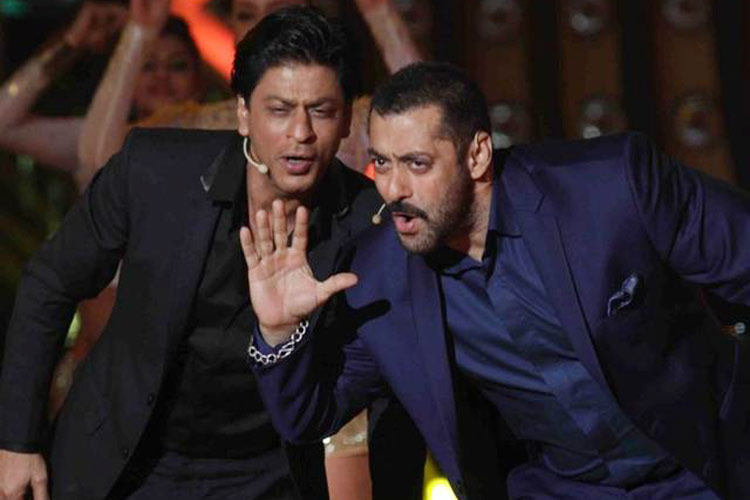 “All that aside, I think people know we are both Bhais( brothers) and people know both of us and are very kind to us in filmmaking and we have done so many nice films; Karan Arjun and Hum Tumhare Hai Sanam. They were nice moments we have done. I love him a lot, I respect him a lot but having said all that, it would take a lot of doing for us to come together. That we are busy for a year, you’ll have to find a script and both of us have to like, if somebody has to make that film, somebody has to produce it too. So it would take a lot of time but inshallah one day!…Picture abhi baaki hai mere dost,” said Shah Rukh Khan.

On the work front, SRK was last seen in his latest release Jab Harry Met Sejal opposite Anushka Sharma.