If one tried to look for any instances when Ranveer Singh has shown how big a Akshay Kumar fan he is, there wouldn’t be a dearth of it. The livewire of Bollywood proved on many occasions that he is a true blue blood admirer of the Khiladi Kumar. And now a video of Ranveer dancing to Akshay’s Hookah Bar song has surfaced on the Internet and it is all kinds of amazing.

And what’s more, even Akshay joined Ranveer in the performance.

The two were said to be attending a marriage function where they treated fans with their entertaining skills. And boy, were they awesome! A look at the video and we seriously want Akshay and Ranveer to star in a film together.

For those who need more proof of how the bond is between Ranveer and Akshay, allow us to take you down a memory lane. Last year when Akshay Kumar’s Rustom had released, Ranveer made a video to promote the film. The Bajirao Mastani  actor gave a funny touch to the video when he was not seen in the video for a while be the ‘chupa rustam’. 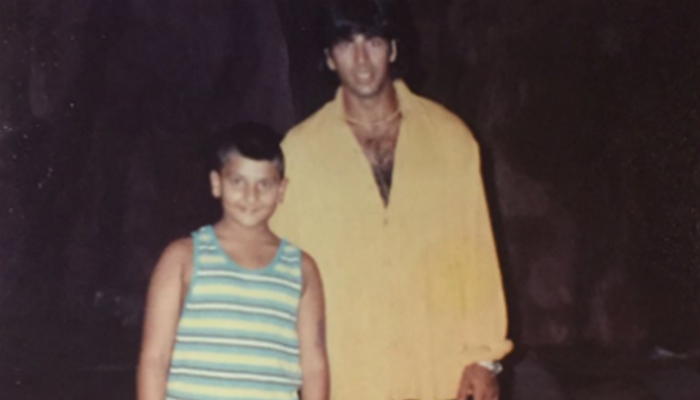 Before this, Ranveer had explained that as a kid he visited Akshay Kumar’s film sets and was touched by the latter’s humbleness. So clearly dancing with Akshay would have made Ranveer really happy.

JOLLY VS POWERFUL IN 11 DAYS pic.twitter.com/S8luH2mad1

On the work front, both the actors are keeping quite busy these days. Akshay is awaiting release of his upcoming film Jolly LLB 2. On the other hand, Ranveer is busy with Padmavati, Sanjay Leela Bhansali’s magnum opus in which he plays the role of Delhi ruler Alauddin Khilji.