Baahubali 2 has hit the theatres. As expected, the definition of on-screen grandeur has been remade by this SS Rajamouli film. The ones who have watched it—of course, the ones who haven’t are living under the rocks—would agree that Baahubali: The Conclusion is excessively beautiful, enormous and in every sense, a kind of cinema that the Indian film industry had been trying to make since time immemorial.

The film, which looks like a great combination of Mahabharata and Ramayana, is an epitome to all kinds of emotions. It has romance, drama, action — everything larger-than-life. And the ones who have watched would agree on how funny this film is. Kattappa is a revelation and here comes a spoiler. The film has many scenes which feature Sathyaraj in his humourous best. Before murdering Baahubali, mama Kattappa helps him get along with Devasana and plays the perfect cupid. Talk about more humour and you have the songs of Baahubali piercing your ears with totally fun lyrics. This may be unintentional but is little weird because the original songs have been written in Telugu and it’s, of course, not possible to give a perfect lip-syncing lyrics all the time.

The music of the film has been composed by MM Keeravani and the Hindi lyrics have been penned down by Manoj Muntashir. Songs like ‘Jiyo Re Baahubali’ and ‘Jai Jaikaar’, sung by Daler Mehendi and Kailash Kher, respectively add immense power to the narrative and also retain a little Telugu essence in the lyrics. But other songs titled ‘Veeron Ke Veer’ and ‘So Ja Zara‘ are too funny to be just songs.

‘Kanha So Ja Zara’ is a lullaby sung by Devasena when Prabhas finds it difficult to sleep. The song has been picturised beautifully with Kattappa (Sathyaraj) leaving us in splits with his antics. It’s a kind of song that you’d like to watch in silent mode — and all because the videos of the Hindi version of Baahubali are not available. Here’s how the lyric goes like: 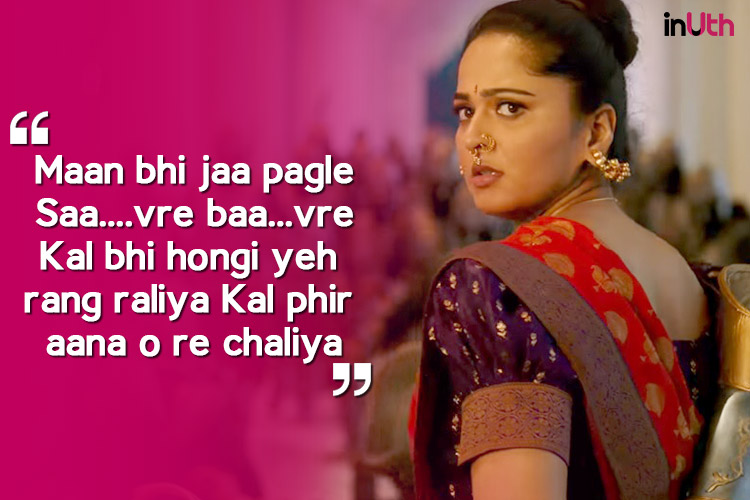 Pardon for the spoilers, but Amrendra Baahubali is able to enjoy a sound sleep by the end of the song, in a fullto ‘Kanha-style’.

Then comes the song which has a ship cruising through the clouds, horses galloping adjacent to it, and poor warriors — Devasena and Baahubali — trying to resist staying away from each other ‘coz they are surrounded by a multitude of people on board. This romantic sequence seems to have been inspired by James Cameron’s Titanic. The duo travel by a ship to Mahishmati. The super-romantic lyrics take intimacy to a whole new level. 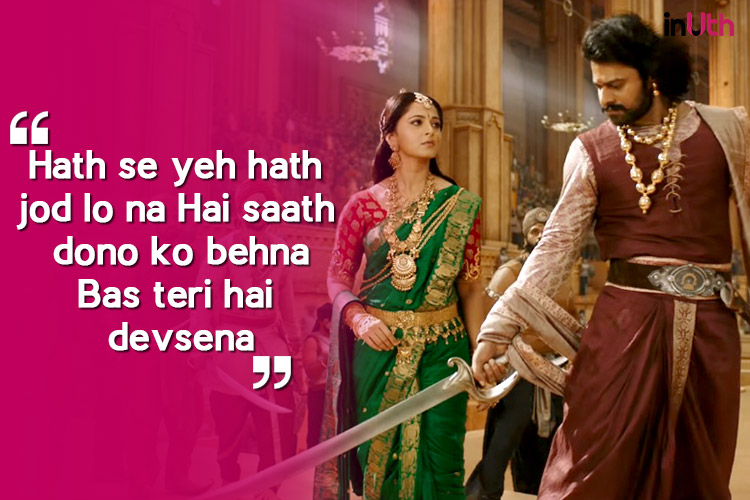 Anushka’s love for the valiant Baahubali knows no bounds as she goes an extra mile to express her emotions. 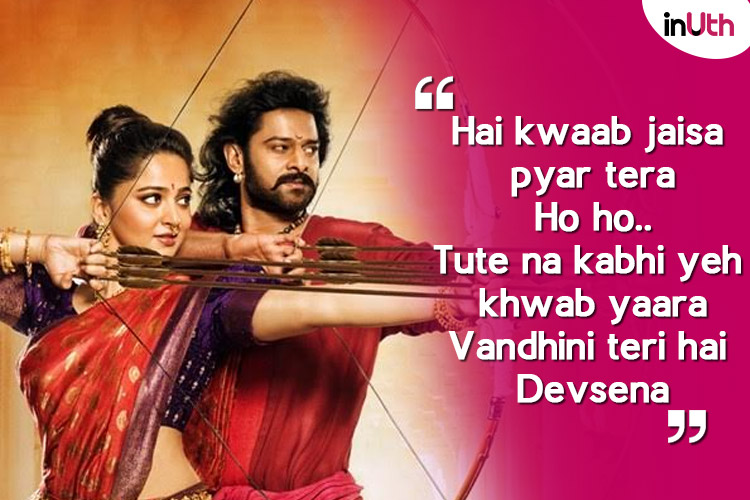 So now you know that Baahubali has a lot more than just: “Why Kattappa killed Baahubali?”