It seems like we’re re-living the early 2000s . A fresh-faced Abhishek Bachchan is being launched (yet again) . There’s something interesting to work with here, and yet the results are far from ideal. The son of one of the most popular actors in the world, with a decent outing in his last film (Manmarziyaan), anything Bachchan would choose after his break from films, would obviously garner interest.

So when he forays into the world of ‘edgy’ Indian web series, playing the desperate parent of a kidnapped child, you expect some fireworks. But Breathe: Into The Shadows seems like a step down even in comparison to its trite first season (starring R Madhavan). Like another royal misfire in Bachchan’s filmography, even the second season of Breathe has a serious ‘Raavan’ problem.

Remember Bachchan’s turn as Raavan in Mani Ratnam’s modern-day reinterpretation of the Ramayana? A film with undercurrents of tribals being wronged by a ruthless, white-collared establishment? The one where the high-point of Bachchan’s performance was his exquisitely framed ‘entry-shot’ filmed by V Manikandan/Santosh Sivan? With all the artifice in place — an avant-garde haircut, a growling voice, and those stunning kohl-eyes — Bachchan simply couldn’t bring anything to his paper-thin ‘Robin Hood’ character. Something similar happens here. Tasked with playing a South Delhi-type, espresso-shooting psychiatrist, who gets blackmailed into planning and committing murders as ransom for his kidnapped daughter, Bachchan falls into a trap of familiarity. There’s no urgency in the body language, the character’s way of speaking is all too reminiscent of his promotional interviews. We never really see the character of Dr Avinash Sabharwal. We see Bachchan *act* and mouth atrocious dialogue like, “Psychiatrist hoon… aur psychiatrist se better… mind-games kaun samajh sakta hai?”

In the role of his wife, Abha, Nithya Menen (also worked with Mani Ratnam in OK Kanmani) looks awkward at first, but gradually finds her feet. Menen, who can definitely showcase vulnerability convincingly, if not prove her comfort with the language with the same ease. Amit Sadh, reprising his role as inspector Kabir Sawant, falls short in his second outing as well. Sawant is arguably the smartest character (on paper), who never uses his smarts when it actually matters. He broods, walks around in a hunched manner, loses his temper, broods some more, and then… passes out. It’s frustrating, being continuously told that he’s some cocktail of Poirot, Holmes, and Bakshy (all in one), who manages to solve a case only according to the convenience of the showrunners. 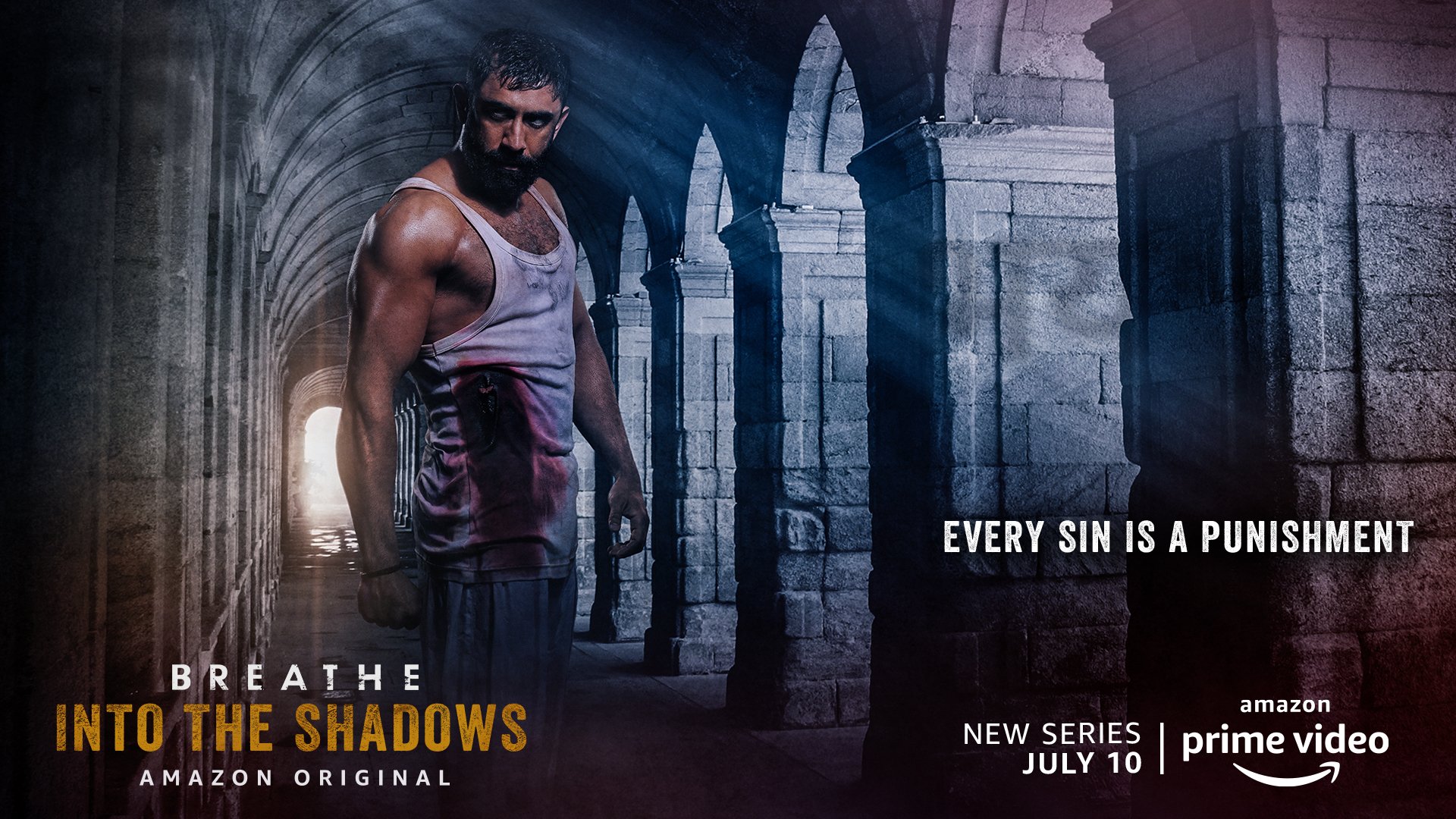 Despite allowing for a certain amount of leeway of implausibility within a work of fiction, Breathe: Into The Shadows is agonisingly inconsistent. The show has an incredibly dated understanding of mental illness and serial killers. It’s a show where Abhishek Bachchan’s psychiatrist is referred to as ‘Doc’ because it’s a “new-age” Hindi show, but while explaining the (apparent) villain’s motivations, the screenplay keeps cutting back to flashbacks to feed us information about how the evil doer was once… a victim of abuse. For all its chatter about how society taboos and labels mental illness, it ends up showing a man suffering from Multiple Personality Disorder as a stereotype.

Breathe: Into The Shadows seems to have terrible understanding of its queer character, whose infidelity (or ‘looseness’) is somewhat implied as a consequence of her sexuality. Also, the only female cop (Shradha Kaul) in the unit, is shown to be a constantly scheming and jealous character. In a show that affords a hilariously contrived love story for Sawant, there probably could have been more dimensions to the female cop outside the media addresses, and her constant quibbling in front of the boss. There’s also Saiyami Kher, playing Shirley, with significantly less to do compared to her Netflix release last month.

Breathe: Into The Shadows borrows so many of its elements from B-movies, that it could have actually been decent to watch if it had been a little more self-aware, and had some humour about it. Instead, the only joy in the show seems to emanate from the characters of a Mumbai subordinate, Prakash (Hrishikesh Joshi), and a Delhi subordinate, Jayprakash (Shrikant Verma). To quote an Abhishek Bachchan film from the early 2000s, “What a waste.”

Breathe: Into The Shadows is currently streaming on Amazon Prime