A teetotaler surviving multiple Delhi parties must boast of considerable resilience. For sitting through multiple nights of partying, while tipsy friends keep repeating ‘thodi si toh pi lo yaar‘ without succumbing to violence, is no mean feat. Not to forget, with such parties come DJs, and with DJs come music that have no remote connection with melody. And guess what’s the one thing that every lyricist and musician hoping to ‘trend’, sings about currently? Daaru, of course. 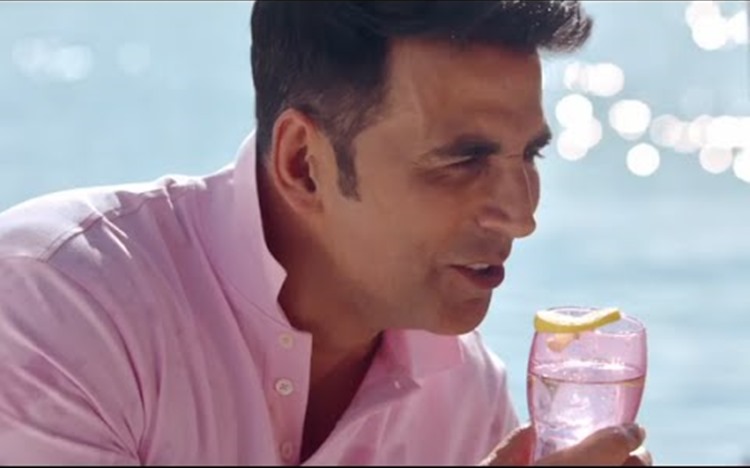 During one of my super-brief spells as the esteemed member of a gym, I realised my reluctance to exercise came not just from my natural inclination for sloth, but also from their atrocious song selection. The irony of playing songs about nigge nigge shots at a place that promotes healthy living, however, never occurred to anyone. Especially not to the vein-popping Johnny Bravos around me, whose reps moved in tempo with the ‘addictive’ beat.

For those with a weak constitution, and non-existent will power, this was enough of an excuse to walk away.

How To Get Away With (Musical) Murder: Starring Chaar Botal Vodka

Be it in Devdas (1955) or Kati Patang (1970), for years drinking was portrayed as a means of depressed escapism in cinema. Like when the hero cannot handle the pain of a broken heart, out came the bottle. Women, of course, only indulged in it if they were ‘vamps’, or if they were trying to woo back a wayward husband (Saheb, Bibi aur Ghulam, 1962). As Y2K creeped in, so did a tectonic shift that declared that you need not hide what you imbibe. In short, constantly talking about how much daaru you’ve consumed and how often, suddenly became cool.

By 2012, the lyrical journey of Bollywood music from the bland fare served circa 2002’s Devdas (remember Sheeshe Se Sheeshe Takraye?), and metamorphosed into Imran Aziz Mian and Arslan Aslam’s unapologetic Main Sharabi (Cocktail). The remixed song featured the real king of good times and horrible lyrics, Yo Yo Honey Singh. And the music industry’s been in a hangover ever since.

Singh, whose greatest strength lied in repackaging drunk WhatsApp texts into songs, gave back-to-back hits and just like that, the music industry had found its new sone ki murgi.

By 2014, the line between grammar and sense had blurred enough to make ‘I Wanna Hangover Tonight’, a (hit) party anthem. Chaar Botal Roz Ka Kaam Mera Roz Ka was no longer a line you’d be likely to hear only from alcoholics. Everyone was singing and dancing to it, including kids.

The Real Inheritance of Loss

Due to the misfortune of having heard most of these songs while sober, there is but one question that comes to mind: Are we a nation of raging alcoholics or is it just Bollywood that’s obsessed with daaru desi? Is it the demand that’s ensuring the production of such songs, or is it pop culture that’s creating demand?

In the last few years, how many original, melodious, memorable songs have you heard? Compare that to the amount of music dedicated to celebrating alcohol. The scales are not tipped in the former’s favour. We’ve jilted songs in favour of carefully-curated lyrics designed to cater to the needs of a specific crowd.

A trend that has now escalated into a full-blown epidemic with no end in sight. What is this, if not subliminal conditioning, that’ll have far-reaching consequences for the next generation. Think this isn’t such a big deal, or an actual problem that needs to be fixed?

In the year 2000, Bobby Deal and Rani Mukerji did an ill-advised film called Bichoo. The only memorable bit in a film that’s otherwise maddeningly insipid, was Hans Raj Hans and Shweta Shetty’s ‘item song’, Tote Tote — a catchy number describing one’s first brush with pyaar beech bazaar. Eighteen years, the number was reprised in Sonu Ke Titu Ki Sweety, and Tote Tote Ho Gaya underwent a makeover.  And the result, as they say, will blow your mind.

A song about a lover’s dilemma was avada kedavra-d into a ditty about chote chote peg, because it’s 2018 and melody is dead.

Tell me again how the Hindi music industry doesn’t have an alcohol problem.