Kanu Behl’s Binnu Ka Sapna seems to be birthed by the comments section of a social media platform. Brimming with rage and spite, the 31-minute ‘short film’ is one of the suffocating Hindi films from the last year. Featuring a young boy’s (Chetan Sharma) monologue about his life in a small town, the streaks of violence at home, the film traces his gradual metamorphosis into a man severely compromised with his ‘gaze’ towards society, and women.

Just like his debut feature, Titli (2015), Behl lingers on the uncomfortable and the unsanitised. Dissecting the mind of violent perpetrators, Binnu Ka Sapna has an anxiety-inducing sound design (by Pritam Das), accurately capturing the darkness within. Shot by Siddharth Diwan on a stifling 1:1 aspect ratio (a square frame), the short film is currently available for streaming on Mubi (for 8 more days). 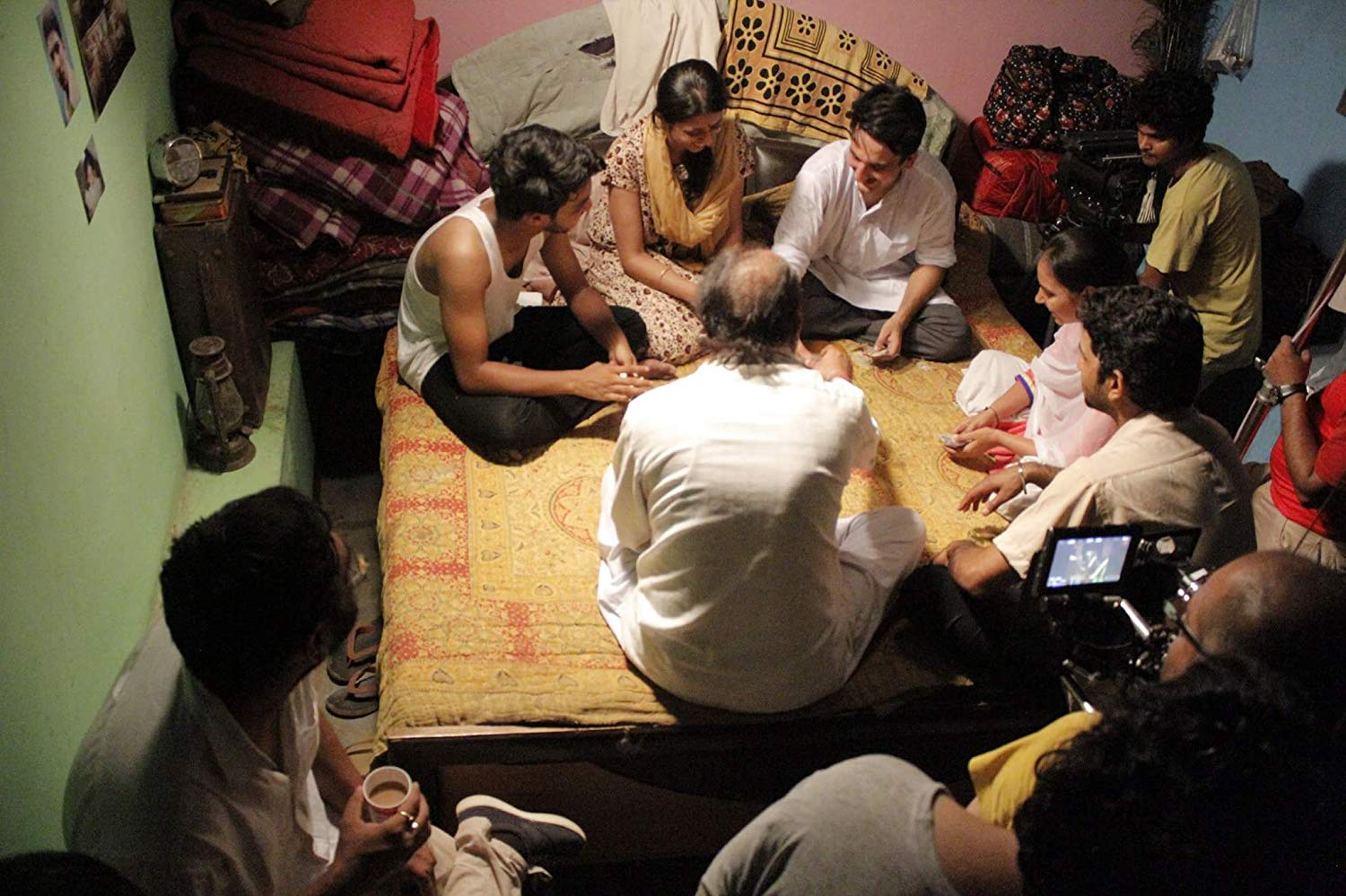 Edited excerpts from our conversation with director Kanu Behl:

1. At what point did you decide that Binnu Ka Sapna was going to be a short film and not a feature-length film? How does a writer/director come to this decision?
I would say at the ideation stage, when you’re mulling over the idea and doing your research. I think the form kind of comes out of the content itself, I think one kind of knows from the core of an idea, whether it is a haiku or whatever. It’s a decision that I made right before I start writing, I think. I had the idea with long before TTT (Terribly Tiny Tales) approached me, and even before discussing with them I had written five pages. I had the general map of the film in my head. At that point, it was a 20-minute film, which eventually became this 31, 32-minute film.

2. What prompted you to dissect the mind of an assailant and not a survivor?
Because dissecting the mind of a survivor is a path oft treaded. While editing the film, we were concerned how the women would react to this film. But I was pleasantly surprised how many women felt that this film depicted the roots of male violence, and the actual feeling of what many women might have heard compared to a film, say, that is narrated from the survivor’s point-of-view. It was almost important for me to understand the perpetrator better because then there’s a chance to weed out violence altogether. If you’re looking at the story from the victim’s perspective, then there’s a definite “othering” of the perpetrator.

Yeh maine nahi kiya, yeh kisi aur ne kiya hai. And once that happens, we’re not really looking for where the perpetrator is coming from. We just treat them as a “monster”, lock them up and pray to God that this never happens again. When the problem is more deeply rooted, I was trying take this journey and locate where the anger comes from. 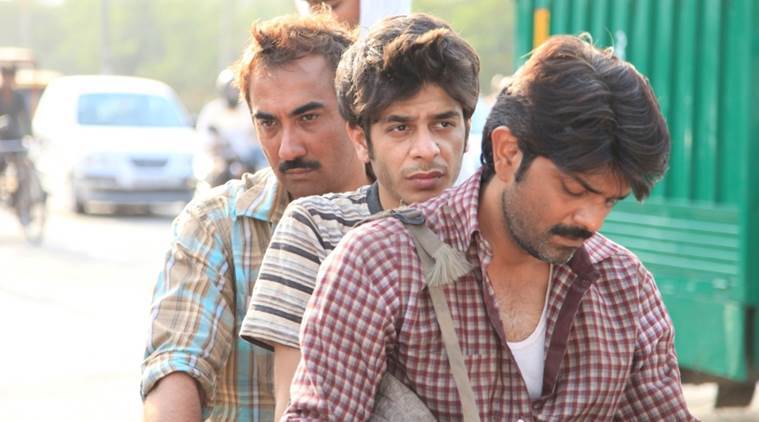 3. Looking at both Titli and Binnu Ka Sapna, you seem to be fascinated with the violence passed on from one generation to another. Fair to say that it is a recurring theme in your films?
Not really, I always saw Titli as a more ‘external film’ – one that was trying to understand this boy trying to make sense of patriarchy in the context of where he’s born. I think Binnu is a more personal journey. In the end, when he’s standing with a cup of chai, it’s an indictment that the actions of an individual lies solely with the them. I realise that the two films might be compared because of other things – there’s a male protagonist in both films, the milieu seems to be similar. But at the heart of it, I think they’re two very different films. Because the responsibility of the actions lies with this individual only.

4. You have a tendency to not shy away from the grime.
I like a lot of dissonance in the sound design. A lot of emotions can be evoked through small scratches, bumps and these sounds emote by themselves. The idea is to create a pile of emotions using the soundtrack, and let even the little silences speak for themselves. Because it all builds up to the collective viewing experience. From one dialogue to another, it has to emote for itself. I try to incorporate as many ambient sounds, which in turn become motifs for the film. Like the persistent coughing you’re talking about in Titli.

In Binnu, we were trying to create a sound of a mind that is crumbling, one that is unable to express himself sexually, or engage the opposite sex. We were trying to capture the inside of a boy’s head, as he crumbles to pieces from the inside. 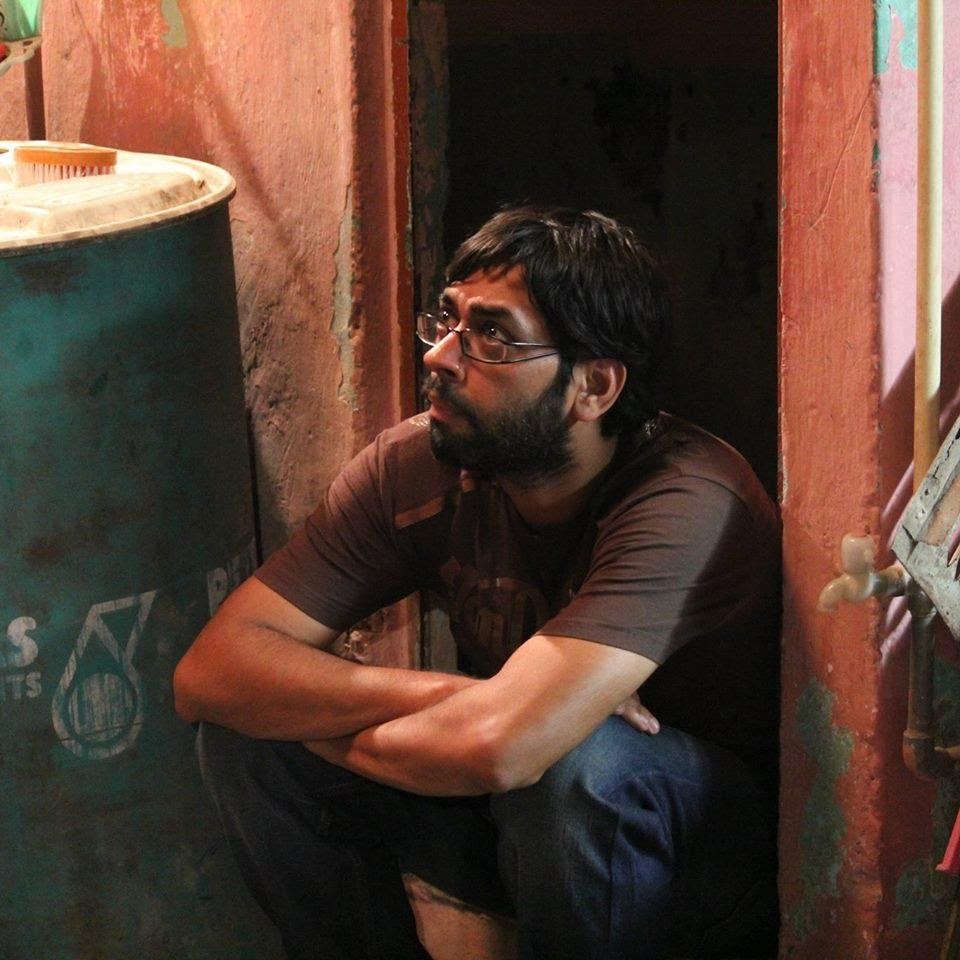 5. Let’s talk about the score in Binnu Ka Sapna, which is the most unsettling background score I’ve heard in a while…
Sneha (Khanwalkar) has done the songs for the film. There are four-five tracks, like the ghazal, and there’s a party song. Then there’s a song when he meets the second girl inside the movie theatre. The music is done by Sneha, and the sound design has been done by Pritam Das. We call it the ‘mental strain’. The intent was to put you in the protagonist’s head and to make you feel what he’s feeling.

6. Were you concerned about how your protagonist will be perceived?
Yeah, absolutely. We were really concerned how women would react to the film. At the end of the day, you are going into the heart of darkness, but you don’t want to be sitting at a point where you seem like you’re condoning the act. But you’re also trying your best to understand an act like that, and you have to take that journey to understand this boy. You will have to empathise with him, but you also can’t go to the extent where it begins to feel like the right thing to do. So it’s a very tricky balance. Fortunately, we were able to stay with him, and look at his story contextually from the outside. And find that balance where you get a sense of this boy, and you also see what he does is something so dastardly and yet here it is.

7. We live in the year of Kabir Singh, so this needs to be asked – do mainstream Hindi films have a messaging problem?
Yes, but I don’t think it has anything to do with the story per se. In fact, I think films have nothing to do with a story. In fact, I think that’s one of the most common and disheartening misconceptions that audience have been sold into, in the past few years that ‘films are about story’. Stories are a ruse you’re called in for, but films are about a time and space. The films that stay with us, the most commercial and accessible films, stay with us because they’re able to put us in a particular time and space during a particular scene.

Like in Dil Chahta Hai, where Akshaye (Khanna) slaps Aamir (Khan) – I remember the night, the crickets, the slap, the darkness, the street, the car… right? So the time and space, when it feels authentic, transcends into the scene and further into the emotion. It sort of makes itself more than just the story.

The problem with commercial films is that they’re just trying to tell the story, because they don’t have enough empathy and they’re telling only that amount of story. There is no depth, and of course when this happens the messaging will be troubled. It’s very functional, very top-heavy, and that’s kind of disturbing because that leads them to having empathy for each and every character, and not just for the “hero”. They treat films as stories, and audiences as children… and they’re delivering a sermon.