The road to finale of the Bigg Boss 10 house has come to an end for Rohan Mehra. The Yeh Rishta Kya Kehlta Hai actor lost to Bani J and got evicted from the house mid week. This definitely would come have come as shock to all his fans who were rooting for Rohan. The young actor shot to stardom after his stint in television and it was expected that he would be among the final four contestants of the reality show.

Alas! that didn’t happen and Rohan’s journey ended when he lost to Bani. Rohan’s eviction happened in a dramatic way when he and Bani were made to stand in the garden area. As the clock struck 12 both had to press the buzzers. When Rohan pressed his, a huge poster of self was put to flames confirming his eviction.

Obviously, Rohan’s ouster from the house didn’t go down well with his close friend Lopamudra Raut. Lopa refused to accept that Rohan was evicted and broke down to tears in the house.

Rohan Mehra had somewhat a controversial stay in the house. A few weeks into the tenth season and he was ripped off captaincy because of his failure as a leader. He had a number of arguments with India-waale contestants Manveer Gijjar and Manu Punjabi. Rohan’s fight with the self proclaimed Godman Swami Om too had garnered a lot of attention in the house. When he allegedly pushed and slapped Swami Om, Bigg Boss took a stern decision of nominating him for the entire season. 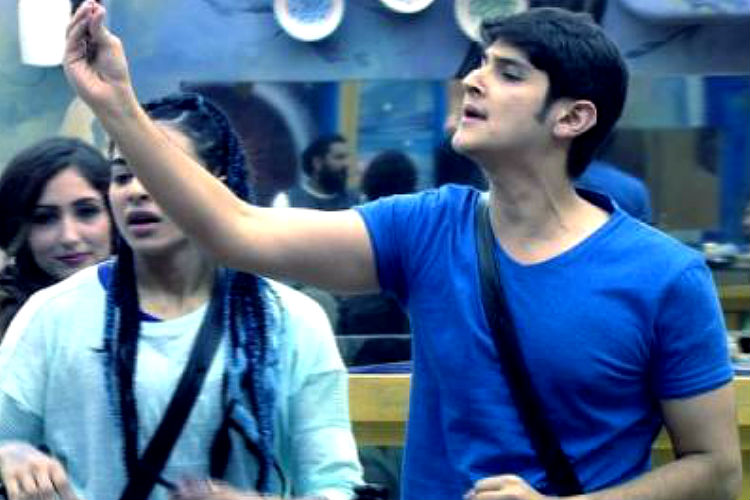 Post the eviction, Rohan Mehra in an interview to a leading daily said that losing his cool on Swami Om when the latter threw his pee on him, was an obvious human reaction. He said:

I was myself. I wasn’t acting for the camera and hence its human to lose your cool when someone does something so disgusting with you. How would you react if someone did something like that to you or your loved ones?