Salman Khan and Katrina Kaif are all guns blazing in the much-awaited trailer of Tiger Zinda Hai. The prequel which released in 2012, focused primarily on Tiger (Salman Khan), an Indian spy and Zoya, (Katrina Kaif) a Pakistani spy’s unusual love story. But, this one seems to have left the plot far behind with Tiger and Zoya all set to rescue 25 Indian nurses held captive by an Islamic State-style organisation.

While the trailer looks like a sure shot blockbuster, the movie’s plot has an uncanny resemblance with Take Off, a Malayalam movie starring Parvathy and Kunchacko Boban which released in March this year. The Mahesh Narayanan directorial also revolved around the protagonist rescuing nurses held captive by ISIS. Upon release, Take Off got a thumbs up from viewers and critics owing to its emotional story. 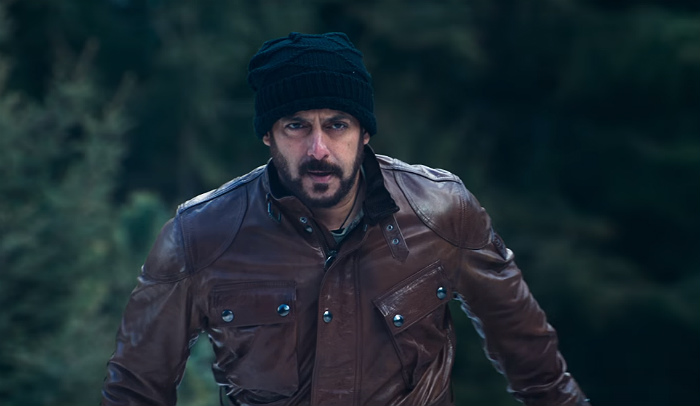 Plot of Take Off

Take Off is about a nurse Sameera (Parvathy ), who is stuck in a toxic marriage. After leaving her husband, Faizal, Sameera marries Shaheed (Kunchacko Boban), a colleague who understood all her life troubles and wished to give Sameera and her son Ibrahim a better future. The newly married couple moves to  Iraq to join Tikrit Teaching College, but fate had different plans. Sensing Sameera’s son apprehension adjusting with him, Shaheed decides to go to Mosul hoping to give Sameera and Ibrahim quality mother-son time. But soon his convoy is attacked by ISIS militants and held captive. Back home, Sameera desperately contacts officials to seek help for her husband’s release, but to no avail. Meanwhile, ISIS takes control over Tikrit as well, holding 19 nurses from Kerala captives. How Sameera puts all at stake for freedom, finding ways to stay in touch with the Indian Embassy and escaping death on more than one occasion, formed the crux of the story. The film was inspired by real incidents of 2014 when ISIS-held 46 nurses of Indian origin captive in Tikrit.

Here is the trailer of Take Off:

It goes without saying that while Parvathy was the hero in Take Off, Tiger Zinda Hai will be all about Salman Khan and his death-defying rescue operation. In the trailer, Tiger looks mean, fearless and mighty impressive doing some high octane action sequences. It’s unlikely that  Tiger Zinda Hai would not be liked by viewers, but will it also touch an emotional chord like Take Off? Guess we will have to wait until December 22, when this Ali Abbas Zafar directorial hits screens.

You can watch the trailer here: