Salman Khan and Karan Johar teamed up to co-produce a film starring Akshay Kumar in lead. While there was always a speculation that the trio came together for a film, Akshay Kumar in an interview finally confirmed that the film in question was indeed Battle of Saragarhi.

However, the actor refused to comment on the question of Salman Khan backing out from the mega project. In an interview with us for the promotions of Toilet: Ek Prem Katha, when asked to talk about Battle of Saragarhi, the actor said,

“Yes, Battle of Saragarhi is happening and the film isn’t shelved. Salman Khan was going to produce the film, but talks are still going on. It is not decided yet if he would be producing it or no.” 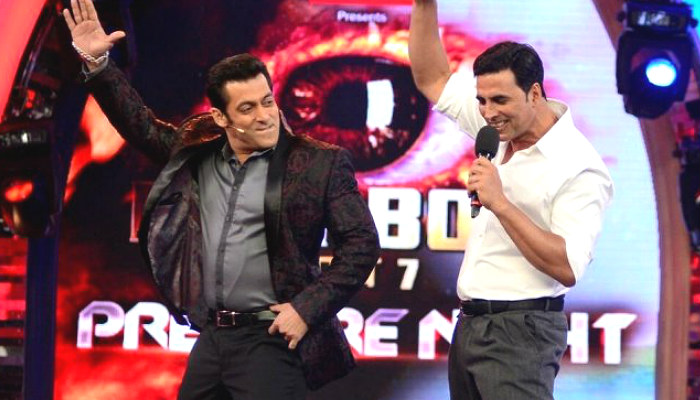 Also Read: Salman Khan to bring Katrina Kaif and Akshay Kumar together after 7 years. Here are the details

There were reports about Salman Khan backing out of the mega project as he didn’t want to disappoint his close friend, Ajay Devgn, who announced a film on the same subject a few months back. Akshay Kumar’s statement clearly hints at the fact that Salman is reconsidering his decision to produce the film.

The period drama will be directed by Punjabi director, Anurag Singh, who is currently working on the script and screenplay. If sources are to be believed, Karan Johar’s vision is to make the film on a grand scale and the pre-production has already begun. The movie is expected to go on floors by end of 2017, however official confirmation is still awaited.

Rajkumar Santoshi too is making a film on the same subject with Randeep Hooda in lead. The film, which went on floors in November last year, ran into financial trouble, following which the shooting had to be halted.