Bareilly Ki Barfi, even though it just got released at the Box Office, has been receiving praises from all corners. Set in Bareilly, the small-town story perfectly portrays how love blooms in gulleys, mohallas and under the constant gaze of neighbors. The film, starring Kriti Sanon, Ayushmann Khurana and Rajkummar Rao is not just being loved by viewers but has also received acclaim from the Bollywood too. Celebs from the tinsel town took to micro-blogging site Twitter and posted their reactions after watching the film and extended their good wishes for the success of the film.

Helmed by Ashwiny Iyer Tiwari, Bareilly Ki Barfi is the story of three people entangled in a fun-frolic love story. The chemistry between all the lead actors seems to be promising. Infused with peppy numbers and dialogues you can relate to, the film is yet another example of Bollywood’s love for small town stories, which has resulted in films like Masaan, Shuddh Desi Romance and Behen Hogi Teri.

BKB is about Bitti (Kriti) who thinks she is stuck in a small town. The girl finds an escape through a book titled Bareilly Ki Barfi, which she thinks is written by a learned man. In her quest to meet the author, she runs into Ayushmann who happens to be the publisher of the book as well as its ghost writer. The author’s picture on the book, however, is of his friend Rajkummar Rao – a salesman, who he pushes to meet Bitti. 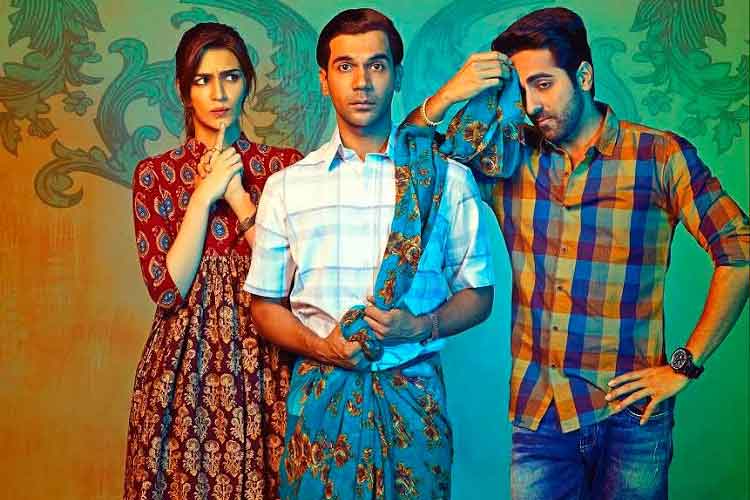 While Ayushmann just wants Rajkummar ton break Kriti’s heart and exit from the story, the salesman, in turn, falls in love with her. What follows next is immense confusion, jealousy, and heartbreak. The trailer has definitely piqued interest and it looks to an entertaining film. One of the funny bits in the trailer is a scene in which Ayushmann tells Rajkummar he couldn’t get married because of his looks. To this, the latter replied that if marriages depended on looks, many men in India would remain unmarried.

This is the first time Ayushmann, Kriti and Rajkummar have teamed up for a movie.

Check out what they all have to say about this Kriti, Ayushmann and Rajkummar-starrer:

#BareillyKiBarfi is warm,funny and delightful…the performances are superb!! ! Dialogues have many laugh out loud crackling moments!

this one is sweeter than any barfi u ve ever had #BareillyKiBarfi is the sweetest film @ayushmannk @RajkummarRao @kritisanon u guys re fab!

#BareillykiBarfi is such a pure &a complete entertainer.@kritisanon is brilliant & it’s her best performance , @ayushmannk is honest (1/2)