SS Rajamouli’s Baahubali: The Conclusion has completed one week of its theatrical release on a record note. The film, a sequel to the 2015 blockbuster Baahubali: The Beginning features Telugu stars Prabhas and Anushka Shetty in lead roles. Jointly produced by Shobu Yarlagadda, Kovelamudi Raghavendra Rao, and Prasad Devineni, the war drama stars Prabhas as Amarendra Baahubali and Mahendra Baahubali while Anushka Shetty essays the role of Maharani Devasena.

InUth had earlier reported that the film has shattered the lifetime collection of Aamir Khan’s PK to emerge as the highest grossing Indian film worldwide. And now, Baahubali 2 has emerged as the first Indian film to cross the massive Rs 900 crore mark worldwide.

The 8 days collections of Baahubali 2 stands at whopping Rs 915 crore which is just unprecedented considering the amount the film had raked-in within its 7 theatrical days. In India alone, Baahubali 2 has minted Rs 735 crore, which is also an all time record. In North America, the film has crossed the $ 13 Million (Rs 83. 60 crore) mark to become the first Indian film to do so.

Also read: Internet has proven that SS Rajamouli’s Baahubali is inspired by Disney’s The Lion King. Here’s how 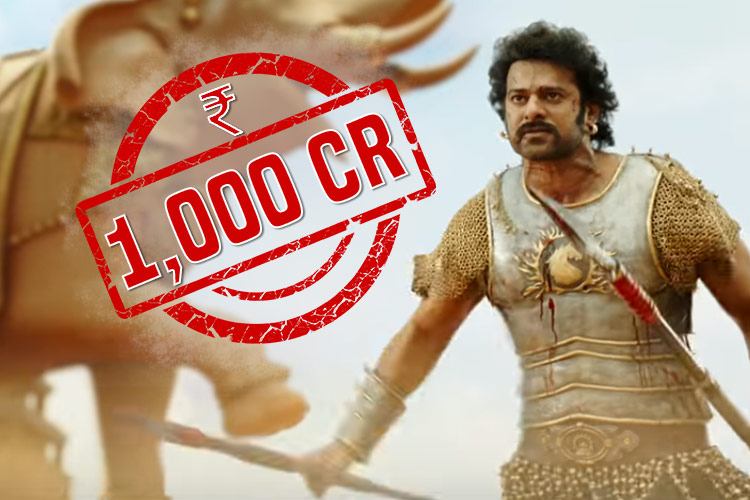 Be it in Telugu states, North India, Kerala, Karnataka and Tamil Nadu, Baahubali 2 has set records in every parts of India. In Kerala, the film has emerged as the fastest Rs 30 crore grosser by beating the 2016 Mohanlal blockbuster Pulimurugan. As per second Friday trends, Baahubali 2 is rock steady everywhere and is expected to cross never-seen-before Rs 1000 cr mark by Sunday, 7 May. Here’s the breakdown of the 8-days Box Office collection of Baahubali 2:

Also read: Baby Baahubali is actually a girl: Here’s all you should know about the youngest cast member of SS Rajamouli’s movie