Finally, we will get to know that why Kattappa killed Baahubali? S.S. Rajamouli’s magnum opus Baahubali left the question unanswered and now with Baahubali 2 just a month away from its release, we are getting more impatient to know the answer.

The much awaited theatrical trailer Rajamouli’s Baahubali 2 will be released on March 16, the makers announced on Saturday. In a Facebook chat, Rajamouli and producer Shobu Yarlagadda confirmed the trailer will be released between 9 a.m. to 10 a.m. on March 16 in theatres across Andhra Pradesh and Telangana.

The trailer will be released online at 5 p.m. on the same day. This is the same fashion we followed for the trailer of the first part. We had released it across theatres in Andhra and Telangana. We are following the same approach for the second part as well, Rajamouli said.

It is also being said that the makers are planning to host a grand event to unveil the promo video of the film in Mumbai. Baahubali 2 is said to be bigger and better than the previous installment as the action and drama is on a  bigger scale this time.

While the first installment created many box office records and left the audience speechless with its grandeur, the second part will be a treat for the viewers. After looking at the motion posters and other videos, the expectations are really high from the film.

Filmmaker Karan Johar also took to his Twitter account to share the news and posted a poster of the film with the caption: The BIGGEST movie event of the year!!!! #Bahubali2trailer #ComingSoon

The makers also confirmed that the film will hit the screens worldwide on April 28. Starring Prabhas, Rana Daggubati, Tamannaah Bhatia, Anushka Shetty, Ramya Krishnan and Sathyaraj, the second part will have a simultaneous release in Telugu, Hindi, Tamil and Malayalam. 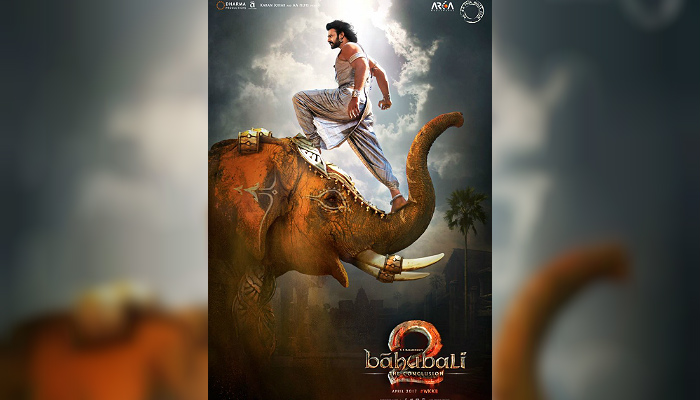