Sathyaraj, who plays the role of Kattappa in magnum opus Baahubali, has apologized for hurting the sentiments of people in Karnataka. He said that he would continue to speak for issues that affected people in Tamil Nadu. Statements that Sathyaraj made 9 years ago invited problem for the film helmed by SS Rajamouli with pro-Kannada groups demanding a ban on the movie.

Rajamouli had yesterday put a video, pleading people to not stall the release of the film. He had said that Sathyaraj wasn’t the producer of the film and a ban on it would cause great harm to everyone associated with the movie. Rajamouli also said that what Sathyaraj said was his opinion and it would be sad if Baahubali faced the heat because of it.

In 2008, Sathyaraj who hails from Tamil Nadu attended a meeting showing solidarity for farmers in the state. The farmers were demanding water from the neighboring state of Karnataka. The Telegraph reported that Sathyaraj had asked farmers to stand up for their rights and not ‘be a tree on which every dog could urinate’. The actor had also called Kannada activist Vital Negaraj as a comedy character, apparently. 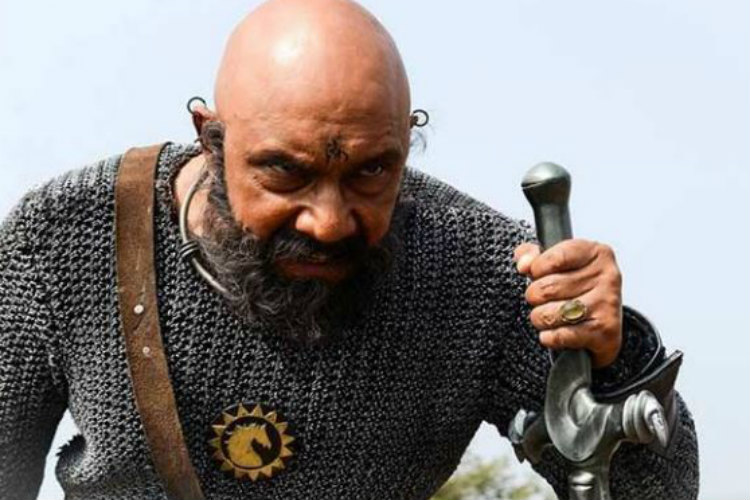 Kattappa in a still from Baahubali

After the entire issue created problems for Baahubali 2, Sathyaraj said, “I have got to know that what I had spoken during the Cauvery water crisis has created a lot of tension among the people of Karnataka. I am not against kanadigas or Karnataka. The biggest example for this is that for the last 30 years my assistant has been Shekar who is a kanadiga. I would like to apologise for the statement that I had made nine years back and would like to say that I am a small worker in Bahubali film and my comment should not affect the film. I appeal to Tamils to understand.”

Also read: After Baahubali 2, Prabhas to make his Bollywood debut with Karan Johar?

I would continue to speak for the welfare of Tamil people, I don’t care even if i don’t get work in the industry: Sathyaraj #Bahubali2 pic.twitter.com/wr8NbzPU6b

It is left to be seen what turn the entire row takes after this.