Baahubali: The Conclusion will be high on royal charm and grandeur and the latest poster of the movie is proof of that. The newest poster of the movie features Rani Devasena, who married Amrendra Baahubali. Anushka Shetty as Devasena looked absolutely stunning in the poster. Clad in blue attire and bedecked with jewellery, Anushka looked nothing short of a mighty sight in the new poster.

Slated for a release on 28 April, Baahubali: The Conclusion is the sequel of the 2015 blockbuster Baahubali: The Beginning. This second installment holds particular importance of the character of Devasena. Devasena was seen as a frail and old woman in the first part. However, the second part will chronicle her rise to becoming the Queen of Mahishmati.

The trailer of the movie gave a sneak peek into the character of Devasena and how Amrendra Baahubali (essayed by Prabhas) fell in love with her. The actress was seen showing off her combat skills and it also revealed a little of Devasena and Baahubali’s love story. 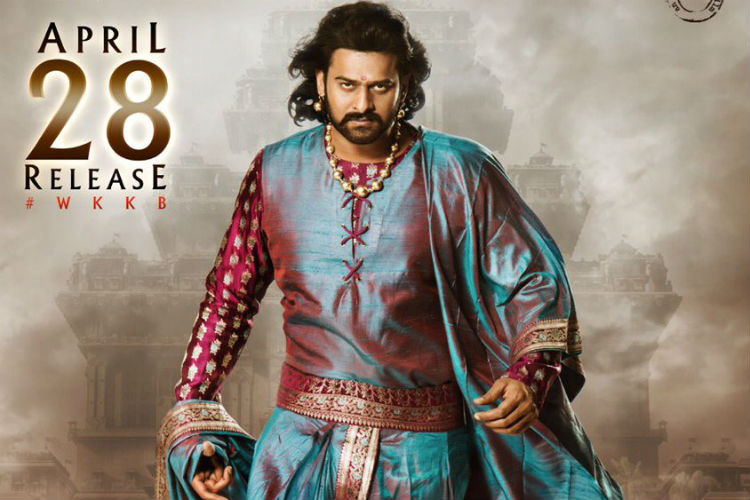 Baahubali: The Conclusion will also talk about the ego clashes between Devasena and Queen Sivagami. Both the women in Baahubali’s life wanted his well-being but their ways were different from each other.  In fact, Devasena was apparently supposed to marry Bhallala Deva, Baahubali’s cousin (played by Rana Daggubati), but she ended up tying the knot with Amrendra Baahubali.

All these factors tell that Baahubali: The Conclusion is extremely important for Devasena. “Be ready to witness the princess of Kuntala, Devasena in 2 days! #Baahubali2”, read the official Twitter handle of the movie. Check the tweet here:

Be ready to witness the princess of Kuntala, Devasena in 2 days! #Baahubali2. pic.twitter.com/LbRDwt0E9z

The team is currently promoting the movie in Dubai and pictures from this journey of them had also surfaced on the Internet. Baahubali: The Conclusion has created quite the buzz and it is expected to take Box Office by storm.