Finally, the first look poster of actor Ajay Devgn starrer upcoming film Baahshaho is out and it looks promising. Fans who were eagerly waiting to catch the glimpse from the film has a reason to rejoice now, as Ajay Devgn’s highly-anticipated movie Baadshaho’s poster has been released.

The 48-year-old actor took to Twitter and shared the first poster of the movie, which surely will make fans go crazy. He captioned the picture as: “1975 EMERGENCY…96 hours…600km…1 Armored Truck…Millions in Gold & 6 BADASSES. Baadshaho Sandstorm Is Coming!”

The other stars of the movie, Emraan Hashmi and Ileana D’Cruz, also shared the poster on their Twitter handles.
The ‘Barfi’ actor D’Cruz tweeted, “Finally!!! A film by an absolute badass director that is incredibly special to me! #BaadshahoSandstormIsComing #Baadshaho.”

Directed by Milan Luthria, the film is produced by Bhushan Kumar and Krishan Kumar. The flick is slated to hit the screens on September 1.

This is not the fist time Ajay will be seen working with Milan Luthria. The duo earlier worked together in the film Once Upon a Time in Mumbaai. On the work front, Ajay was last seen in Shivaay. Apart from Baadshaho, he also has Golmaal Again in his kitty.  Directed by Rohit Shetty, Golmaal Again is the fourth installment of the Golmaal franchise. It features Tabu, Parineeti Chopra, Arshad Warsi, Shreyas Talpade, Neil Nitin Mukesh, Kunal Kemmu and Tusshar Kapoor. The previous three installments featured Kareena Kapoor Khan, Rimi Sen and Sharman Joshi among many others. 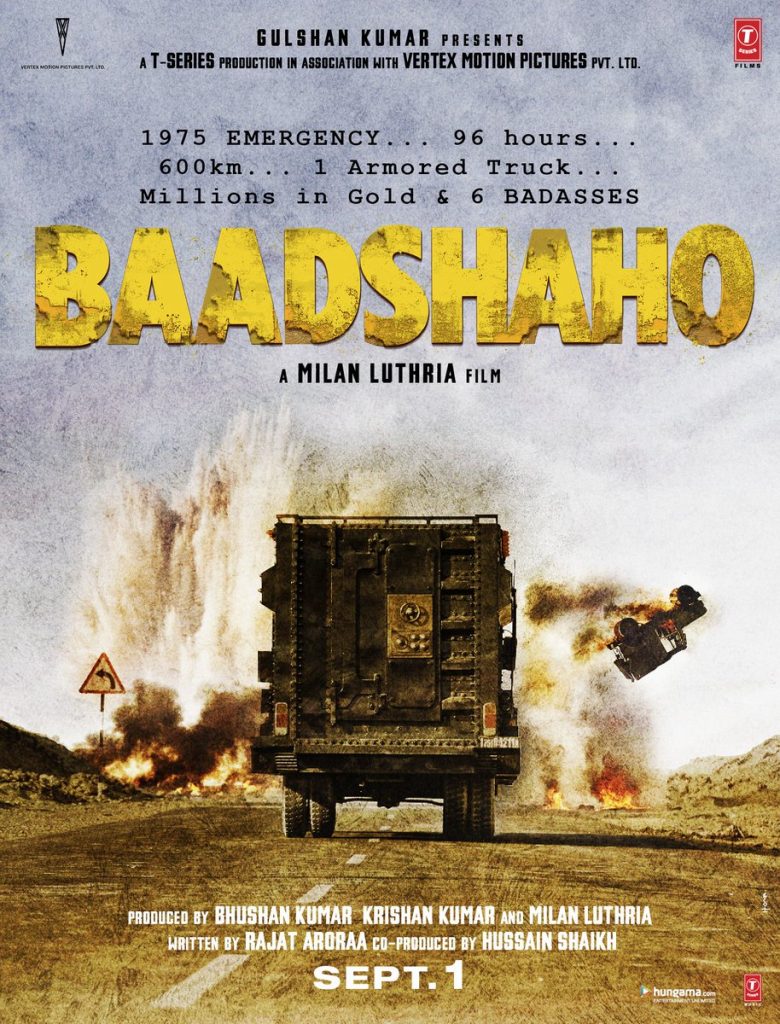