Arbaaz Khan is gearing up for the release of his film, Jeena Isi Ka Naam Hai. The actor who was last seen in a supporting role in Nawazuddin Siddiqui-starrer Freaky Ali seems confident about the film, which is being directed by debutant Keshhav Panneriy.

Even though Arbaaz has been acting since long, his big success came with Dabangg. Khan had directed the film which featured brother Salman Khan in the lead. After the super success of the film, Arbaaz went on to direct Dabangg 2 which turned out to be an even bigger hit.

Now, it seems like the planning for Dabangg 3 is on roll. The actor visited Delhi recently where he talked to InUth and had a little scoop on the third film in series. Talking about Dabangg 3, Arbaaz said:

“I am getting into direction from next year. Hopefully, Dabangg 3 should start from early next year.” 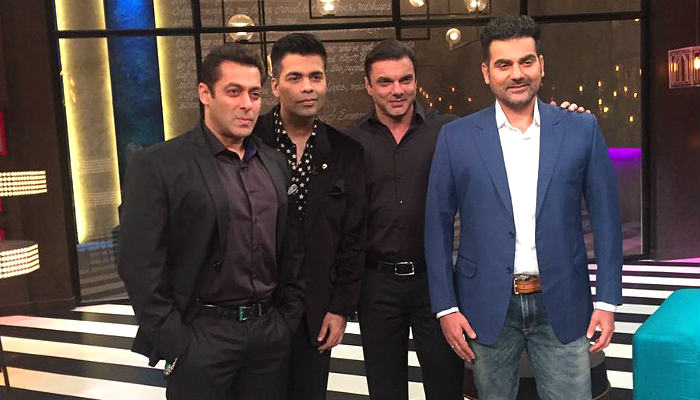 He also took a moment to talk about Salman Khan and mentioned how the superstar manages to remain equally excited about his every project. He said:

Salman is very dedicated towards his work. Even after so many years, his conviction for any film he takes up hasn’t changed at all. He still works like a newcomer and not like a superstar.

Meanwhile, Salman Khan’s Tubelight is slated to be the big Eid release this year. Post that, he will start shooting for Tiger Zinda Hai, opposite Katrina Kaif. He also has two untitled films in his kitty—one with Remo D’Souza and the other with Atul Agnihotri.

It would be interesting to see how the actor, whose last on-screen outing remains Sultan, will fit Dabangg 3 in such a packed schedule.