First, a sought-after actress, then a successful producer and now a designer, Anushka’s Sharma is one woman who can effortlessly wear many hats. The Phillauri actress recently launched her new clothing line Nush. While Anushka was happy with the successful launch and all the praises, things went a little haywire when the actress found herself in a copyright issue. According to reports, some outfits from Anushka’s latest line are allegedly a direct lift from a Chinese brand. The outfits in question are a black bomber jacket with floral motifs and a pink bomber jacket which is said to be a rip-off of a Chinese e-commerce website.

However, the actress’ spokesperson has now issued a statement and promised to resolve the problem as soon as possible. Talking about the plagiarism row over the new clothing brand, Anushka’s spokesperson was quoted as saying: 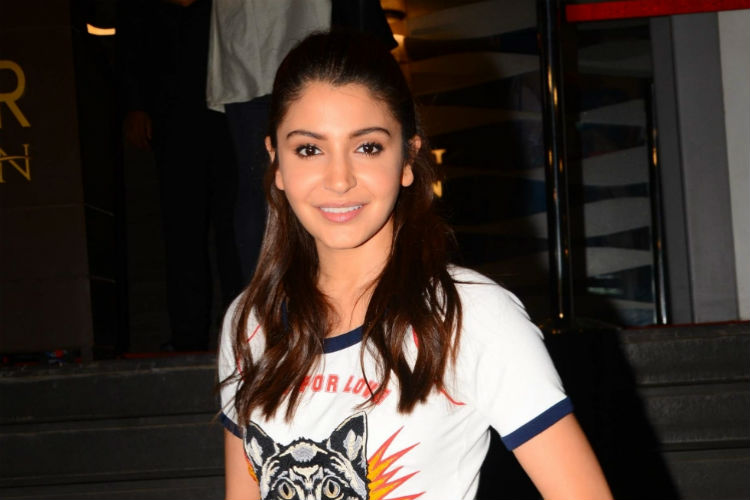 Several discrepancies have come to light over the last two days and we are in the process of getting to the bottom of this. We will not stop at taking the most stringent action required to resolve the situation and will share more details when we have complete clarity on the matter.

Earlier talking about challenges of turning designer for a fashion brand, the Phillauri actress said:

Challenges, you face in everything you do, but for me, this is something that helps me focus. When I am facing a challenge, I feel more focused, more driven, more involved and (it is) something I enjoy doing.

Also Read: Ranveer Singh bumping into Anushka Sharma in the middle of her speech proves exes can be friends too- Watch video

In the past, Bollywood celebs like Salman Khan, Shahid Kapoor, Hrithik Roshan successfully launched their own labels and clothing line.

On the professional front, Anushka is gearing up for her next production Pari. Besides, she also has Aanand L. Rai’s next starring Shah Rukh Khan and Katrina Kaif as well as YRF’s Sui Dhaaga opposite Varun Dhawan in her kitty.