Mauji and Mamta, the lead pair of Sharat Katariya’s Sui Dhaaga, live up to their  incredibly quaint names from the very first frame of the film. Mauji (Varun Dhawan), with his polyester shirt and ever-accommodating smile, could very well be the Uber driver who gently coaxes you into a conversation and leaves you with some life-gyaan you didn’t know you needed. Mamta (Anushka), almost bent with meekness, seems to be perpetually apologetic of her existence. She manages to shrink her tall frame into submission, tightly wrapping her synthetic pallu over her chest like her life depended on it. She has never shared a meal with her husband, she is more herself in public places than in her own home.

In his delicate rendering of the two protagonists, Katariya almost makes us yearn for their world. Their dashed hopes, their stoic compromises and their naked vulnerability on the face of any unforeseen circumstance, make us feel protective of them.

At the helm of only his second film, Katariya gets that aspect of storytelling down pat- creating empathy for his characters. But when it comes to taking the story forward, he falters. It’s almost as if the perfect diorama he has created is now overrun with a five-year-old’s impromptu storytelling session. “…and then the good guys overcame all obstacles to win the pot of gold in the end.”

Mauji is from a family of weavers in UP, who is now working in a sewing machine shop. He lives with his wife and parents, a father who is clearly struggling with depression (Raghubir Yadav) and a mother who is always downplaying her ailments (Yamini Dass). His brother has moved out of the house to live independently with his wife.

His treatment at work is no less than abuse. He is perpetually manhandled by his boss’s son and is made to run errands that are definitely not in his job description. And like all “good” victims of abuse, he is never short of excuse for his “masters”.

Until his wife, the quiet, dutiful Mamta, shames him for being so spineless. Mamta, like millions of other Indian women from a similar background, has buried her identity under his being. She spends most of her day stooped in front of the chulha, dispening chai for her in-laws like a vending machine. Her only conversation with people around her seem to be about the shape and size of rotis.  Yet, she is fiercely protective about her husband’s honour. “Aap aur main alag hain kya?” (Are we different identities?), she asks resolutely while chiding him for not standing up for himself.

Eventually, Mamta manages to inspire Mauji to give up his terrible job and start something new, something that will let him explore his talent as a tailor. After a few carefully-curated (and trite) struggle scenes, things start falling into place a bit to conveniently.

The underdogs come up trumps, as they are expected to.  But in the process, Katariya, hands out some really tone-deaf cliches that a feminist reading of the film might find problematic. 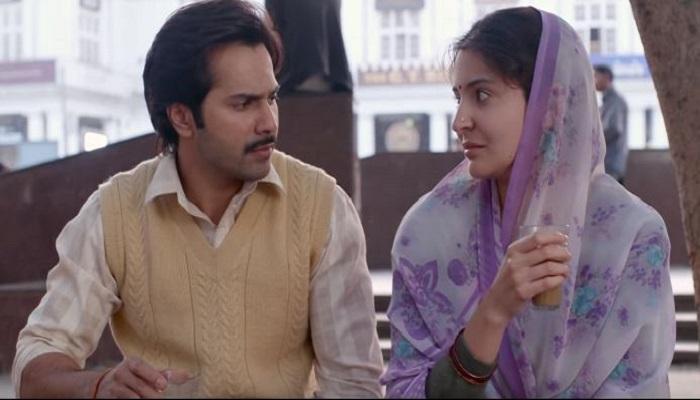 Yes, Mamta is not without her agency.  In the most powerful moment of the film she shuts her husband up by saying that she participated equally in his struggles. But Katariya seems to be more keen in celebrating her more quieter, selfless and sanskaari virtues. In a crucial scene where she is explaining why she can’t ever abandon her husband, Mamta says she has seen him walk miles to save money to buy paan for his babuji. She has seen him make other numerous sacrifices too. That’s when you want to go and shake her and ask, ‘but what has he done for you Mamta’?

Yet, one cannot dismiss Sui Dhaaga as a film without any politics. In its attempt to expose the mis-doings of the fashion industry, that systematically exploits anonymous artisans, treads the path of noble films like Shyam Benegal’s Susman and Muzaffar Ali’s Anjuman. We just wish it were a little more disciplined and aware in its storytelling.