Anushka Sharma is all geared up for her next big release Jab Harry Met Sejal with Shah Rukh Khan. On the other hand, she is busy with a lot of films in her kitty like PARI and Anand L Rai’s untitled project. In her next PARI- a horror flick, Anushka will be seen as a girl possessed by evil spirits. Earlier, she gave a glimpse of her look is the horror flick by releasing its first poster. Again, giving more insight into the film, another poster has been launched. PARI has got its release date. The horror flick is slated to release on February 9, 2018.

Contradicting the term PARI which means an angel, Anushka looks completely dreadful in the poster. Her big gloomy eyes give you goosebumps. The look of the Phillauri star is dark and leaves you haunted for a while.

Going by the poster, one can see Anushka is possessed by an evil spirit and lying on the ground with earphones in her ears. She seems lost in her thoughts which give you a spooky feeling. So it will be interesting to watch her playing a totally different character in the film.

Also read: Anushka Sharma’s first look from PARI is OUT and it will haunt you for a while. [See Photo] 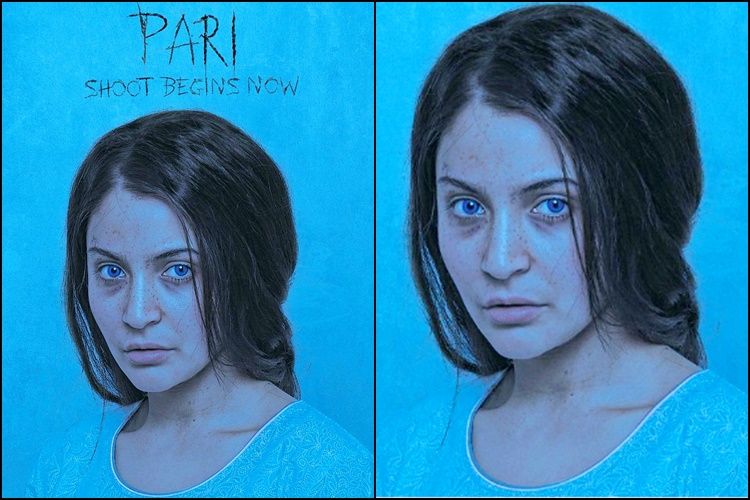 The film is helmed by debutant Prosit Roy and will be produced under the banners of Clean Slate Films owned by Anushka Sharma and her brother Karnesh Sharma and KriArj Entertainment.

Anushka was last seen as a ghost in Anshai Lal dictatorial Phillauri.