Anurag Kashyap’s battle with being censored seems to be a never-ending one. Even in what appears to be widely regarded as his ‘happiest film’ till date, certain ‘groups’ have managed to dig out moments in Manmarziyaan that are ‘offensive’ to their ‘community and religion’. As the film released to near-unanimous positive reviews, lauded especially for its authentic portrayal of locals in Amritsar, some couldn’t digest the fact about how the characters could… wait for it… smoke.

In the released Censor certificate dated September 18, apart from the scenes showing Abhishek Bachchan and Taapsee Pannu smoking, one other scene featuring the female protagonist (Rumi) thinking about her ex-boyfriend (Vicky) while entering the Gurudwara, was termed ‘offensive’ and required to be deleted.

Thanks to @anuragkashyap72 & Censor Board to accept the responsibility & delete the scenes. It’s an irony that when Anurag Kashyap wanted to solve the drug problem with @UdtaPunjabFilm_, it had so many cuts by CBFC but in @manmarziyanfilm when it was unnecessary, CBFC let it go. pic.twitter.com/g8RvLb4h7n

Kashyap, who has faced much worse and lengthier battles for films like Black Friday & Udta Punjab, put out a statement on the apparent ‘controversy’ on September 19, clearly stating that locals (Sikh residents of Amritsar) were consulted, as the shoot was taking place. The locals standing around the set advised that Abhishek Bachchan’s character remove his turban with both hands and place it carefully place it in his cousin’s hands, before lighting a cigarette.

My statement on the brewing controversy.

Therefore, it is understandable why director Anurag Kashyap lashed out, after producers Eros International immediately complied with the orders of a District Magistrate from Jammu. All screenings across the country are now confirmed to be playing the ‘altered version’, according to a source in Eros International. All three suggested scenes have now been deleted from the final film, playing across India. 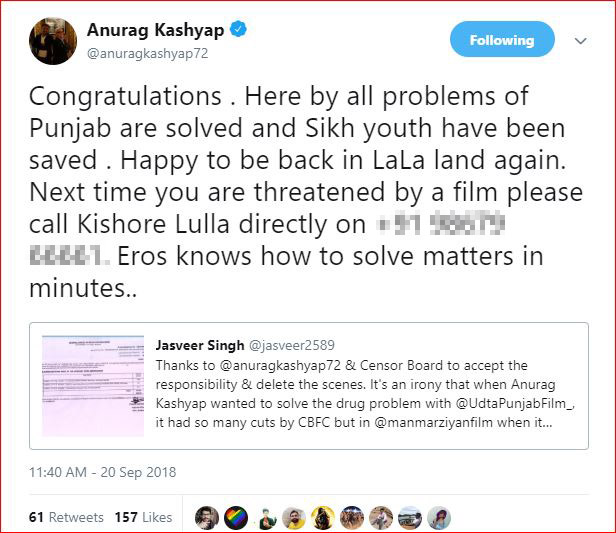 “I don’t know when the changes were made. I wasn’t informed. I got the information from the media,” Kashyap said in a text conversation with InUth. “No one actually went to court, the cuts were voluntarily made” – implying that producers Eros International did not put up a fight succumbing to the demands of the fringe groups. 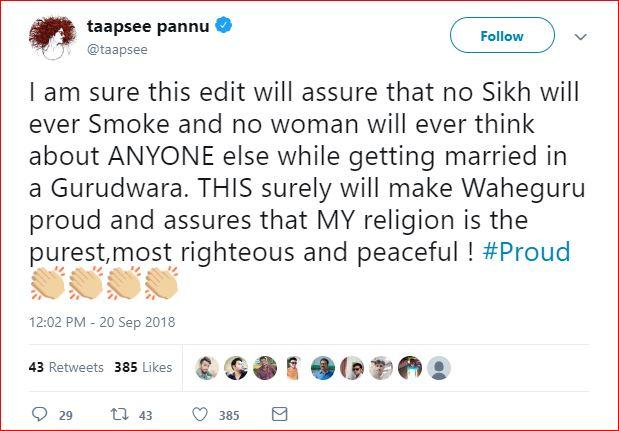 Eros International released an official statement saying, “we have the deepest respect for all communities and it is our intention to never hurt or disrespect any religion or community. We have the greatest respect for the law of the land and implement all guidance of the Censor Board, which is the supreme authority for film content in the country.”

What remains murky is what led to Eros pulling the plug on the ascertained scenes, which Kashyap terms as ‘voluntary cuts’ by them. The only legal institution ordering the deletion of said scenes was a District Magistrate in Jammu. Not Punjab, not Delhi, but Jammu. Then why did Eros have to ‘alter’ the scenes throughout India. 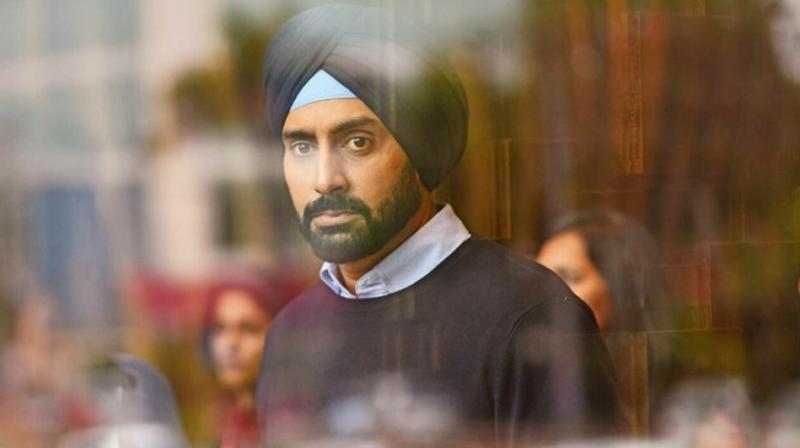 What also remains unanswered is after the film got its certificate before the film’s release on September 14, why didn’t the producers pursue a legal battle against the ‘groups’ acting as plaintiffs, instead of hitting the first possible exit? Also, why wasn’t the filmmaker or the lead actors consulted before such a step was taken?

In spite of posing these questions (multiple times) to Kishore Lulla (Chairman, Eros International) and his representatives, we didn’t get a response. 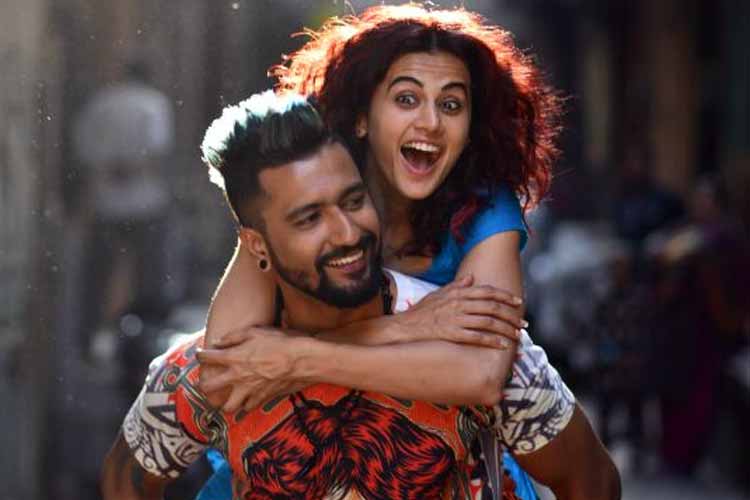 The cuts, not only hamper the larger point of storytelling, but also infringe upon a director’s rights to have a ‘say’ in the film’s final cut. Both Anurag Kashyap and actor Taapsee Pannu took to Twitter to mock the seemingly juvenile cuts, calling out the illogical reasoning that censoring cinema would ‘solve’ real life problems. Kashyap had earlier mentioned in his official statement that the personal vices of the characters shouldn’t necessarily reflect upon a whole community/religion.

Maybe, Eros International could have paved the way for other production houses and stood by their director. After Padmaavat and this, Bollywood films are only going to become more susceptible to the demands of fringe groups. If not from the Censor Board, then probably from spineless production houses.

UPDATE: A source from Colour Yellow Productions Pvt. Ltd. reached out to us and confirmed  that the decision to cut scenes was spearheaded by Aanand L Rai. He gave out the following statement on the issue:

“These cuts were made on a call taken Colour Yellow team. I feel we need to understand that this controversy happened after the film has released which leaves the producers and studio extremely vulnerable. Further, if the concept of the film itself was smoking, we would’ve taken a stand like we did in Udta Punjab. Manmarziyaan is a love story and we believe that these cuts do not compromise with the genre it is. With the limited theatrical shelf life of a film these days, we didn’t want the audience waiting to watch the film to suffer and be deprived of the film. My heart goes out to Anurag, but in the current situation we have to be practical.”