Anupam Kher has been finalised to play the character of former Prime Minister, Manmohan Singh in his biopic. The film, which was in news since long has finally been made based on Sanjaya Baru’s book, titled The Accidental Prime Minister. The film is being helmed by debutant director Vijay Ratnakar Gutte and produced by Sunil Bohra. What is most exciting about the film is the fact that its screenplay is being written by Hansal Mehta, who has given critically acclaimed films like Aligarh, Citylights and is currently gearing up for the release of Kangana Ranaut’s Simran.

In the celluloid adaptation of The Accidental Prime Minister, things about the ex PM’s relations with Sonia Gandhi and Rahul Gandhi are expected to be revealed. As reported by a leading daily, the research work on the film is over and the film is expected to be released in December 2018. It should also be noted that the next Lok Sabha elections in the country are happening in 2019. Releasing a film on the life of Manmohan Singh just months before the elections says a lot.

In the book, Baru, who has been the press secretary of Singh during his tenure, has criticised the Gandhi family for being responsible for the downfall of Manmohan Singh’s political career. In fact, he had also claimed that during his association with Singh between 2004-2008, the economist had told him that there could not be two centres of powers. 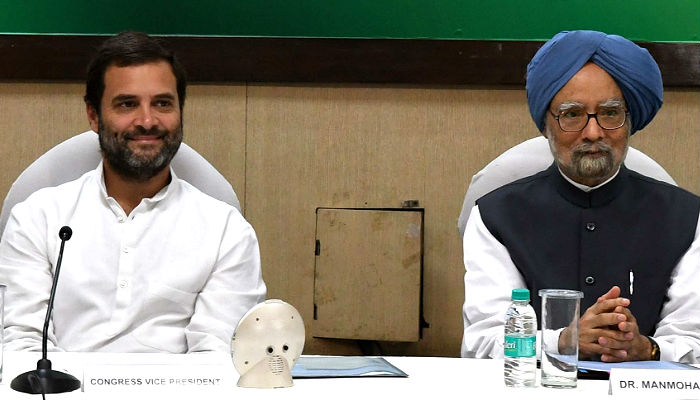 Talking about his role in the film, Kher also told the daily and mentioned that he is looking forward to the film. He expressed that playing an important person from Indian history can be challenging and he wanted to take up this challenge.

While the rest of the cast is yet to be finalised, it would be interesting to see who would be roped in to play the characters of the members of the Gandhi family.

More information about the film is awaited.