No, this is not another attempt to berate you. I’ll try to keep my Twitter snarkiness at bay while we talk about Arjun Reddy… one last time. It’s a film that has hounded you for over two years now, and with Kabir Singh‘s blockbuster success the conversation has been obviously renewed. Director Sandeep Reddy Vanga’s comments haven’t helped either. And after Parvathy’s clear-as-water comments on the film during the actor’s roundtable, it seems like you aren’t too happy. 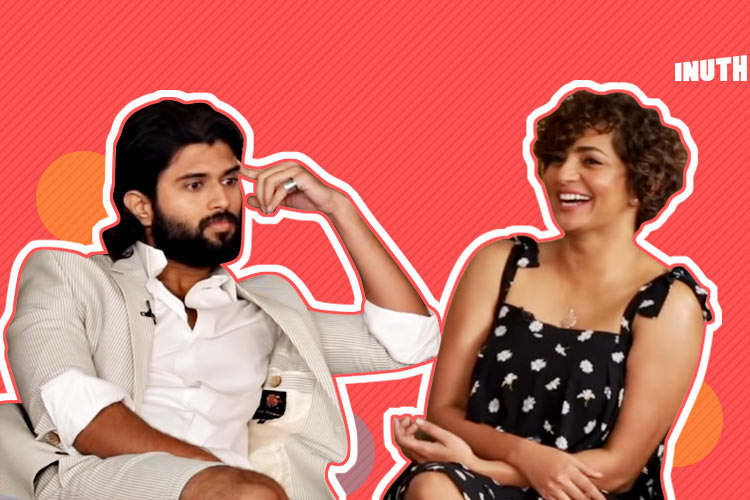 Unlike what you mention in this Film Companion interview , all of us aren’t ‘idiots’. Honestly, who would have thought that even Parvathy’s comments would not get you to introspect. We can all agree that we’ve reached a point of exasperation by now.

Yes, we’ve heard everything that you had to say about the film, and now here’s a point-by-point rebuttal to what you have to say.

“Arjun Reddy loves women, so he’s not a misogynist.”

As Mr Baradwaj Rangan points out in the interview too, for Arjun Reddy to love women… he needs to respect them. Does Arjun Reddy really respect women? Or does he look at them through the eyes of an entitled Indian man? It’s fine for you to play a role of an entitled man, as long as you don’t go around parading it as ‘love’. No, it’s not with ‘love’ that your character calls a girl ‘fat’ and therefore stereotypes her as a best friend. It’s fine to play the role of an insensitive man, but please don’t go around saying nonsense like that he didn’t say that to her face, and that it’s ‘okay’. You can play a character who goes around saying politically-incorrect things, but you seem to be unaware that your actions are also making it look heroic… in the process. Glorification 101, Mr Deverakonda.

“9/11 attacks were first shown in a film, but that didn’t inspire the terror attacks.”

No. You seem to be in a spectacular hurry to shed any responsibility around cinema (in India) in general. Sure, you might believe that cinema is only a part of the problem, but your analogies make it seem like cinema plays NO PART in determining actions of the impressionable population. Especially this 9/11 example. Carrying out a terror attack and insulting women in college, don’t even compare.  You might not want to accept responsibility, but the truth is that you have absolutely no idea about the effect of your actions on the millions of people watching your film. Of course, you don’t have to play a likable character, but you don’t seem to be aware about a character’s messaging. Parvathy explained it excellently, when she said how Joker laid out the bare facts, while Arjun Reddy tried to make the brooding nature of the character… heroic. Is it really that hard to understand? Portraying a negative character, and glorifying it?

“If you’re going to criticise me for Arjun Reddy, are you going to congratulate me for Dear Comrade?”

Absolutely not. Dear Comrade for all its ‘feminism’ still plays to the popular narrative of a hero (read: you) standing up for the girl’s rights. It’s not impossible to believe a man spurring his lady friend to fight for her rights, but the patronising tone in Dear Comrade defeats the very purpose it is trying to achieve. Also, let’s be clear, a token effort like Dear Comrade deserves no mention in the face of a film as agonising as Arjun Reddy. You don’t ‘deserve’ any praise, just because you’ve faced flak for a particular film. This is some strange entitlement, much in keeping with your Arjun Reddy character.

“I’ve started to think if a (future) film will make one huge mess.”

That’s a good thing. You need to spend more time, giving thought to your decisions. However, once again, you’re picking the wrong battle here. You don’t have to duck ‘problematic’ characters… purely to save yourself from the wrath of the ‘feminist, activist-type brigade’ here. Please continue taking them up, but also put some thought to what the character stands for. Does it (once again) portray an insensitive man as a brooding bechara, whose bad behaviour is rationalised by his good intentions, or the fact that he’s a topper in medical school… and a surgeon par excellence? If no, then carefully consider what the messaging is.

Mr Vijay Deverakonda, the conversation around Arjun Reddy has begun to sound like a record stuck on a gramophone. Everyone is making the same points about how it glorified bad behaviour, and while you and your director have made some pretty tone-deaf counterpoints. No one wants to celebrate at your expense, I realise it’s a hard thing to believe but you’re going to have to believe it. It’s perfectly okay if you feel like disagreeing, just make sure you introspect a little more about what your future films are preaching.