Priyanka Chopra, the Indian actress who has taken Hollywood by storm, is back to her home country and making it to headlines again. The star interacted with the media where she spoke at large about her journey in the West, her plans for Bollywood and most importantly how the National Award win for Ventilator made her movie.

Ventilator was the first Marathi film produced by Priyanka’s Purple Pebble Pictures and it won the National Award as well. Speaking at the press conference, Priyanka got emotional and said the movie reminded her of her father. Priyanka lost her father a few years ago and has on many occasions said that the void can never be filled.

Speaking of the references between her life and Ventilator, Priyanka revealed that her father too was on the life support for few days. She said that her people from her maternal and paternal side reacted to the situation in their own way. Priyanka said she connected with the story and this was what compelled her to produce the movie. For Ventilator, Priyanka also crooned a song titled Baba in Marathi which she dedicated to her father. 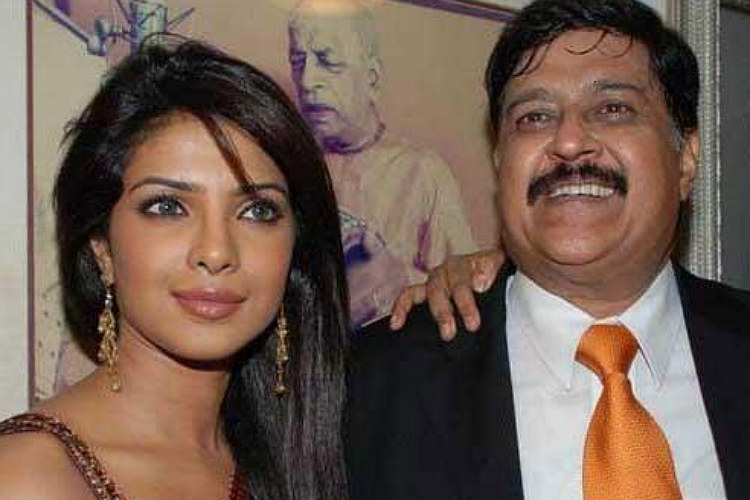 These statements of Priyanka prove that she is still the doting daughter of her father.

Other than her plans as a producer, Priyanka also talked about getting a strong foothold in the West. She said, “There has been a stereotype not only in India but also in the West about the lack of understanding of Hindi films. When I walk down on the sets, I want them there to understand that I know my job quite well, which the Hindi film Industry has taught me over the years.
Shobu Yarlagadda.”

Priyanka will be next seen in Baywatch, her Hollywood debut, which stars Dwayne Johnson and Zac Effron in pivotal roles.