Once upon a time… there lived a miserly old man in Lucknow named Mirza. He dreamt of milk pudding topped with pistachios and saffron, but would rarely buy anything beyond sliced cucumber from the roadside. He’d spent nearly his whole life in the proximity of wealth, living in his Begum’s (Farrukh Jaffer) palatial, dilapidated mansion called Fatima Mahal. His lifelong ambition, if you will, was to be known as the owner of Fatima Mahal after the passing of his wife. Irate, brimming with greed, and gleefully misanthropic, Mirza’s is a fascinating character outline. On paper, it makes all the sense to cast Amitabh Bachchan in this role, an actor who understands and (arguably) revels in Mirza’s less-than-ideal attributes.

Before you charge me with blasphemy, you should know that there was a time when I used to be a believer in the acting institution called Amitabh Bachchan. Finding his stardom through a series of introverted, angry men during the ’70s, Bachchan was probably even better in hammier performances, like the one where he’s pronouncing ‘corolla’ (petals of a flower) as ‘Korola’ (bitter gourd) followed by an Asrani-esque laughter. 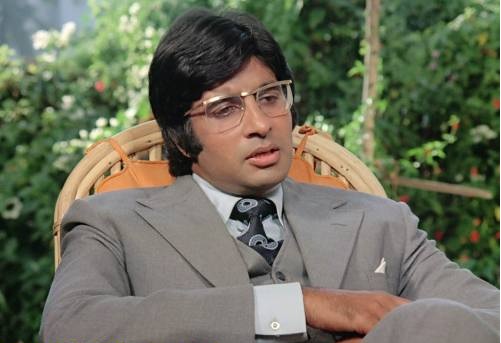 Even in his career’s second half, where Bachchan has delivered a few spirited performances like in Mohabbatein (2000) and Baghban (2003) where he plays the principled patriarch, it’s been more interesting to see Bachchan play the flawed, human characters. Whether it is his outing as the nervous, fumbling doctor inspired by Billy Crystal in Hum Kisi Se Kam Nahi (2002) or his Jack Nicholson-esque role in Kabhi Alvida Naa Kehna (2006), it’s quite apparent the type of roles Bachchan has more fun with. By this logic… Mirza should have been his best performance in years. And yet, there’s something missing.

The pronounced hunchback, the elaborate make-up with a Pinocchio-like nose that never looks legitimate, the inconsistent frailty and exasperation in his voice, Mirza doesn’t always hit his mark. There’s no doubt that Bachchan is a terrific actor, and he often communicates Mirza’s humiliating existence through those big eyes. And yet, one of the performance’s glaring flaws is we see Bachchan ‘working’.

Even layers of make-up can’t hide that sheen of stardom. It’s unfortunate, and in most cases, unmindful on the part of a star doing a prestigious ‘character’ role, where they end up drawing attention to their ‘doing’. The voice. The posture. The works. Something that reveals itself even more prominently in front of the effortlessness of Vijay Raaz, Brijendra Kala, Farrukh Jafar and Ayushmann Khurrana. Khurrana is all sorts of brilliant in the role of Baanke Rastogi, something he could arguably do in his sleep. Or that’s just how spontaneous he makes it look.

This is not the first time that Bachchan’s histrionics have encroached upon a breezy Shoojit Sircar movie. He’s done it earlier with Piku, where he played the hypochondriac Bhashkor Banerjee. Dangerously close to a stereotype, what was shocking about Bachchan’s Bengali routine was that it played out opposite the free-flowing Irrfan, and a disarmingly sincere Deepika Padukone. Showcasing his finest moments as an actor during blazing monologues (utilised smartly in Pink), Bachchan’s lack of subtlety becomes visible in minimalist movies. Almost like Shantanu Moitra’s score in Gulabo Sitabo, that finds it necessary to keep reminding us of the Tom-&-Jerry central conflict.

It’s not to say that Bachchan’s role as Mirza is unwatchable, it has its moments too. Like that scene when he wakes up after a good night’s sleep and begins to howl. It’s a punchline scene, and Bachchan hams with few inhibitions. Or when a relative asks if Fatima Bi (Mirza’s wife) is still alive, and he responds with a ‘she just won’t die fast enough’. When Brijendra Kala’s character suggests he ‘sell off the mansion’, the shock on his face and how he involuntarily reaches for his chest, it’s (re)acting of the highest order. It’s these tiny moments that offer a glimpse into what a delicious character Mirza really is.

However, in a film as ‘authentic’ in its telling, where characters insult each other by calling each other ‘chuse huye aam ki sookhi guthli jaisa chehra‘, Bachchan’s Mirza lurks around like necessary evil. A star to raise the profile of a project, and an actor who doesn’t seem quite ready to leave his baggage behind for the role. Maybe, it’s also his omnipresent aura that makes us unfairly judge the actor. With this role, the graph for Amitabh Bachchan’s old and enthusiastic characters, that don’t rely heavily on the Bachchan-isms (like in Badla or Sarkar 3), could’ve been raised. Sadly, even Mirza, a fully ripe opportunity for Bachchan to re-establish his top-of-the-line actor credentials, makes him look like a star trying really hard.