Veteran actor Vinod Khanna is not well and is hospitalised to Sir H.N. Reliance Foundation Hospital and Research Centre in Mumbai since last month. Since then a lot has been written and talked about him. Not only his family member but the entire film Fraternity people want the Muqaddar Ka Sikander star to recover as soon as possible. Recently, celebrities including Asha Parekh and Lata Mangeshkar among others also took to their social media platform to wish for Vinod a steady recovery.

Recently a picture of Vinod Khanna went viral on twitter, which left everyone in shock. In the picture, the 70-year-old actor was looking weak. But unlike the previous one, a new picture made it to the internet today which will definitely make your day. A throwback picture of Amitabh Bachchan and Vinod Khanna has been shared by his fan page. In which the duo can be seen walking towards the cricket field.

Also Read: The viral picture of ailing Vinod Khanna is heart-rending but it also tells us a lot about life

We all know that Big B and Vinod have worked together in films like Muqaddar Ka Sikander, Amar Akbar Anthony, Hera Pheri and Parvarrish among others.

Also Read: Akshaye Khanna issues statement regarding Vinod Khanna, and it will make you happy

Apart from many Bollywood celebrity, Big B also shared an emotional message on his social media platform and wished Vinod’s steady recovery. 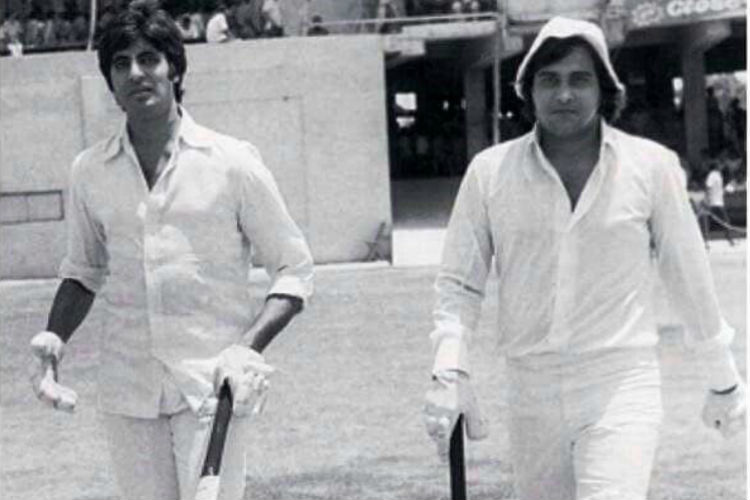 Meanwhile, according to reports now Vinod has responded positively to treatment and is stable. The actor was admitted to the hospital in Mumbai after complaining of severe dehydration.