Amitabh Bachchan and Rishi Kapoor, who earlier worked together in films like Coolie and Kabhi Kabhie among others are now all set to entertain the audience with their on-screen pairing. Rishi confirmed the news of his collaboration with Amar Akbar Anthony co-star on social media platform Twitter. Sharing his excitement for working with Big B after a long gap of 26 years, Rishi Kapoor wrote: Wonderful to work again with the Legendary Amitabh Bachchan. Thank you Amitji, it never felt the 26 years old hiatus.We connected instantly!

Titled 102 Not Out, the film features Amitabh as a 102-year-old and Rishi as his 75-year-old son for the very first time in the history of their acting careers. The film is based on Saumya Joshi’s Gujarati play by the same name. Confirming the same Taran Adarsh took to his micro-blogging site twitter and posted the first look of the film. Going by the picture one can see Amitabh Bachchan and Rishi Kapoor in their never seen befoe avatar. As they are all set to play father and son for the first time, it will be interesting to watch them together recreating their magic on-screen.

The upcoming film will be directed by Umesh Shukla. He is well known for directing a successful film like Oh My God. Umesh Shukla’s last directorial was Abhishek Bachchan, Rishi Kapoor and Asin Thottumkal starrer All Is Well.

Check out the first look of Amitabh Bachchan and Rishi Kapoor from their film  102 Not Out here: 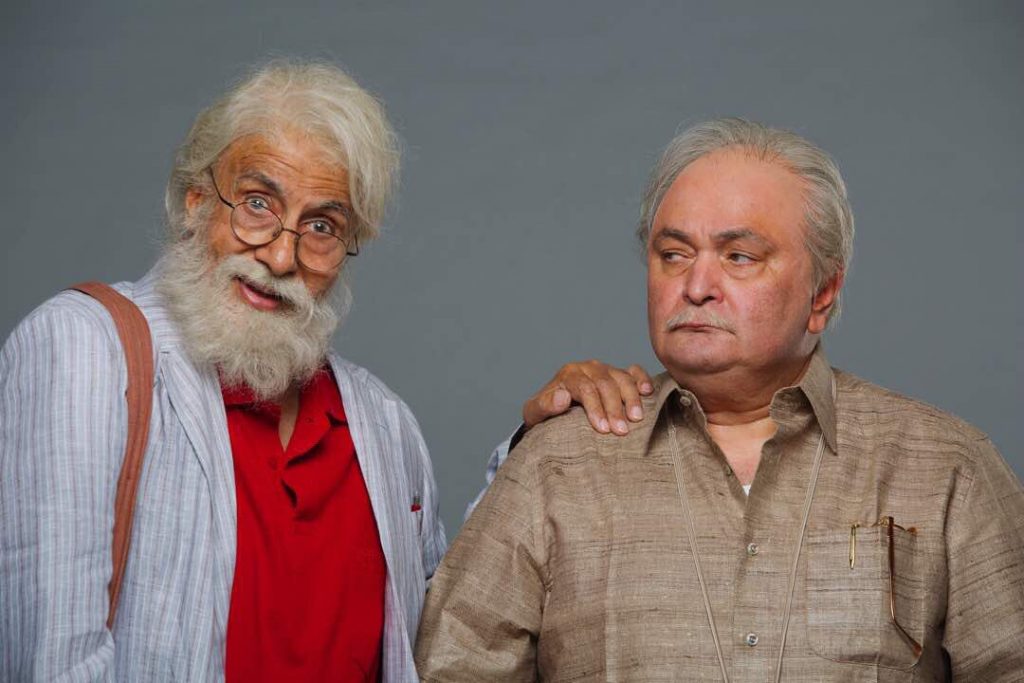