On June 29, actress Zaira Wasim announced that she had decided to quit Bollywood. In a lengthy note she posted on her social media accounts, Wasim said that she had been “projected as the gospel of the idea of success and was often identified as a role model for the youth” upon entering Bollywood — something that she said she hadn’t set out to become.

Wasim, who has starred in Dangal and Secret Superstar, said she was “not truly happy” as an actor and upon completing 5 years in the industry, she realised that she was not happy with her line of work. She said that acting interfered with her relationship with her religion, which was the reason behind her retirement from acting at large.

“While I continued to work in an environment that consistently interfered with my imaan, my relationship with my religion was threatened. As I continued to ignorantly pass through while I kept trying to convince myself that what I was doing is okay and isn’t really affecting me, I lost all the Barakah from my life. Barakat is word whose meaning isn’t just confined to happiness, quantity or blessing, it also focuses on the idea of stability, which is something I struggled with extensively.” 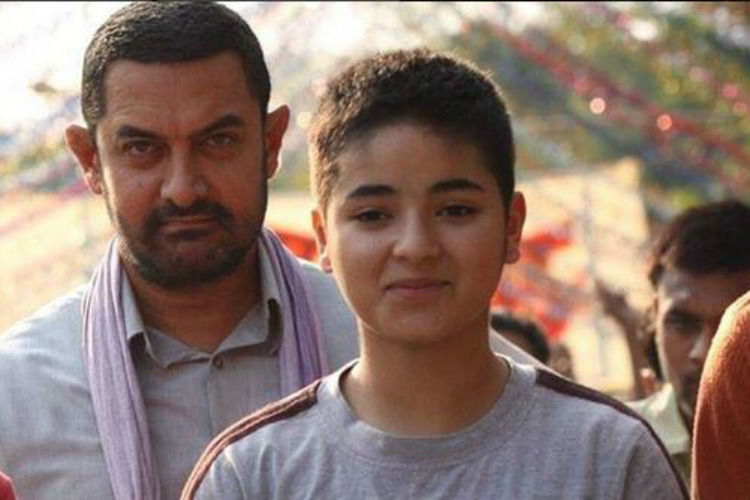 As soon as Wasim announced her decision to quit acting on the account of her spirituality, many came forward to support her decision.

Who are any of us to question @ZairaWasimmm’s choices? It’s her life to do with as she pleases. All I will do is wish her well & hope that what ever she does makes her happy.

Who on earth are we to judge #ZairaWasim and her choices..a spiritual path works for many people…May she find the peace she seeks with Allah.

#ZairaWasim is a courageous girl who defied stereotypes & shined through. We must appreciate her courage & stand with her in her moment of crisis @ZairaWasimmm you hv our support . We love you for work you did and your spirit keep it alive. Wish you well and want u to be happy .

When a woman takes a decision, whether it contradicts popular opinion or not, somehow people always question her intelligence to know what is good for herself. #ZairaWasim

#ZairaWasim ‘s decision to dissociate with film industry (‘because it interferes with her faith’) should be understood and respected as much as Nusrat Jahan’s Sindoor-Bindi.
That did not make Nusrat immoral as this does not make Zaira more moral.
*Freedom to choose is supreme*

However, others were quick to condemn her decision to quit acting at an early age with a few of them even wondering whether she would become a ‘jihadi’.

Oh My Goosebumps! Bollywood’s talented actress Zaria Wasim now wants to quit acting because she thinks her acting career almost destroyed her faith in Allah. What a moronic decision! So many talents in Muslim community are forced to go under the darkness of the burqa.

I will say to all the people, that pls don’t trust #ZairaWasim! She is doing all this for the publicity only. She is the biggest drama girl. She is in the Bollywood and she will never leave it. Don’t worry, Aamir khan will produce more films for her.

Of course @_sabanaqvi we must not judge choices of #ZairaWasim but in the age of Artifical Intelligence we must question the book that orders an individual to quit ‘ARTS’ to make peace with Allah. https://t.co/GTxWsqVwCU

I hope that this child now grownup Indian Muslim actress #ZairaWasim who says she quit Bollywood as it interferes with her religion doesn’t become a #Jihadi tomorrow under the same ideology . After all she is an #Indian so I am sharing my concern on public platform. #JaiShriRam pic.twitter.com/vmfmSqyEJO 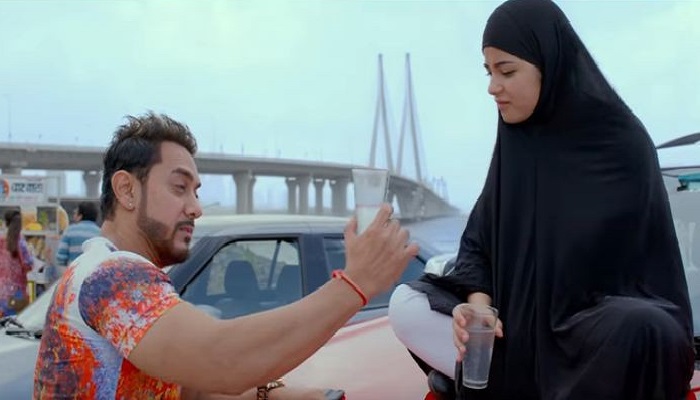 Earlier, news reports emerged that Zaira Wasim’s accounts had been hacked and that she hadn’t written the five-page-long article. Reports quoting her ‘social media manager’ said that her team was looking into the matter of the hacking. However, her manager Tuhin Mishra told ANI,

“We have never said that her account was hacked. We just said that we would definitely like to know what has happened. And the post was done by her.”

However, Wasim later clarified that her social media account wasn’t hacked and were being handled by herself.

This to clarify that none of my social media accounts were or are hacked and are being handled by me personally. Kindly refrain from believing or sharing claims that state otherwise! Thanks.

Zaira Wasim won the National Film Award along with the Filmfare Award for portraying wrestler Geeta Phogat in Dangal, which also starred Aamir Khan. In Secret Superstar, she plays the role of a teenager who aspires to be a singer. The Sky Is Pink, which Wasim completed shooting in March 2019, is a biopic of motivational speaker Aisha Chaudhary who succumbed to pulmonary fibrosis and also stars Priyanka Chopra and Farhan Akhtar.