Akshay Kumar, Bhumi Pednekar, Anupam Kher and Divyendu Sharma interacted with the media at an event in Mumbai wherein the stars felicitated the BMC employees. This comes after BMC came under fire after they blasted RJ Malishka’s pothole song criticising their lack of oversight.

Akshay’s last 4 releases, Airlift, Housefull 3, Rustom and Jolly LLB 2 went on to earn over Rs 100 crore at the Box Office and the expectations are quite high from his upcoming film, Toilet Ek Prem Katha which is slated to release during the Independence Day weekend. When Akshay was asked about his expectations from the film, the superstar said,

“I am more interested in reducing the ticket rates of Toilet Ek Prem Katha because I want this film to grab more eyeballs. I am not bothered about the collections because that comes later on. I want more and more people to watch and understand the film. 54% of people in this country don’t have toilet darling, so I think people watching the film is far more important than the Box Office collection.”

The actor also revealed that the film was initially titled Sandas Ek Prem Katha and was offered to several actors from our industry but not many were keen to take the risk of signing the film titled Sandas. Once Akshay agreed to do the film, the title was changed to Toilet Ek Prem Katha to make it more commercially viable.

At the event, Akshay Kumar urged the media to spread awareness about the importance of constructing toilets. The actor believes that Toilet Ek Prem Katha is a very special film and he hopes that construction of toilets in India gains momentum post the film’s release. 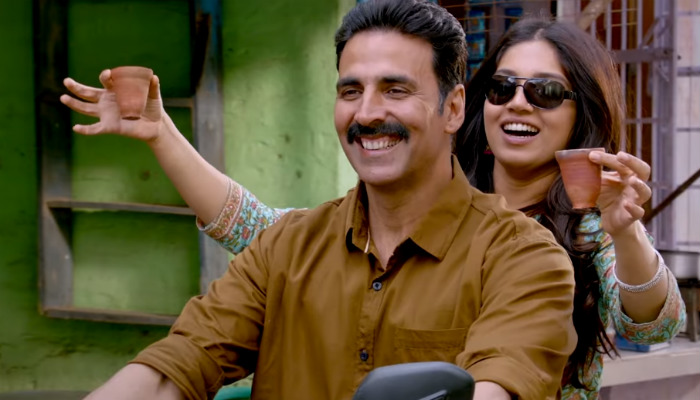