Akshay Kumar has become one of the most important and enthusiastic mascots of Swachh Bharat Abhiyan- an initiative of the Prime Minister Narendra Modi government.  Recently, he was also appointed the Swachh Bharat ambassador of Uttarakhand. Ever since the release of ‘Toilet: Ek Prem Katha’ Akshay has been consistent in his efforts to spread awareness about cleanliness and has been campaigning against open defecation. But sometimes, even the best of intentions can backfire. He shared a video of bare-bodied manual scavengers entering manholes with the tune of national anthem playing in the background.  The video also shows several safai karmacharis cleaning dirty urban space, and carrying garbage with bare hands.

His tweet reads: “A job well done done which we usually forget to acknowledge…serving the country in their own way, my salute to them for serving India in their own way.”

He probably missed the fact that manual scavenging is an inhuman work or that no one should be carrying garbage with bare hands. While they deserve all our appreciation, merely appreciating them solves none of their problems.  Most importantly, playing the national anthem behind any visual doesn’t invoke patriotism. It is a sorry sight to see so many our fellow citizens dealing with human excreta and garbage with bare hands, and while doing so, also facing caste discrimination.

After Twitter pointed out the obvious problem with the video, he removed it. 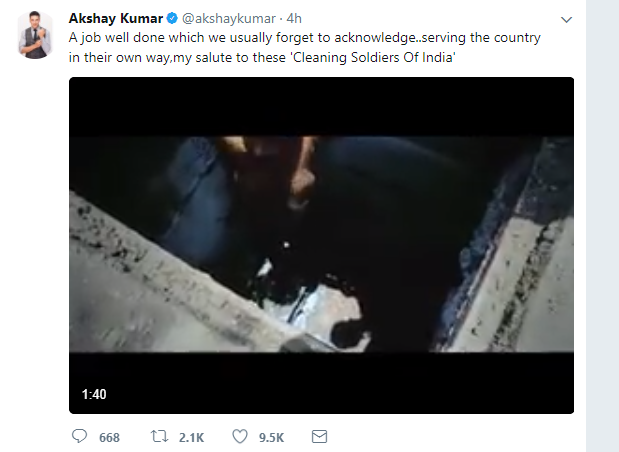 Here are some snapshots from the video shared by Akshay: 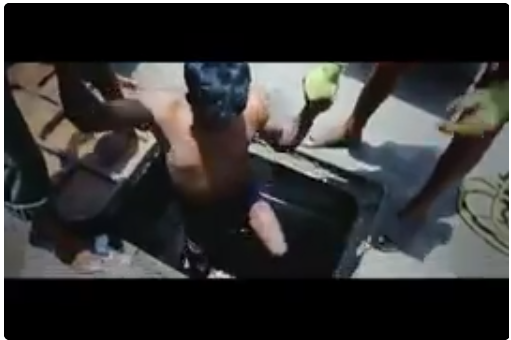 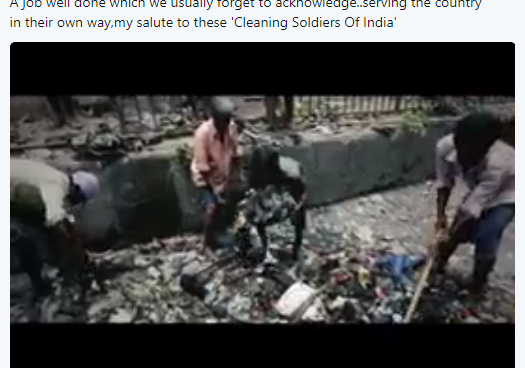 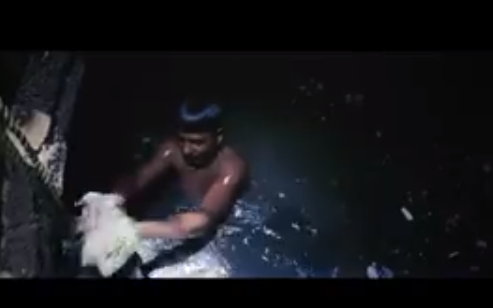 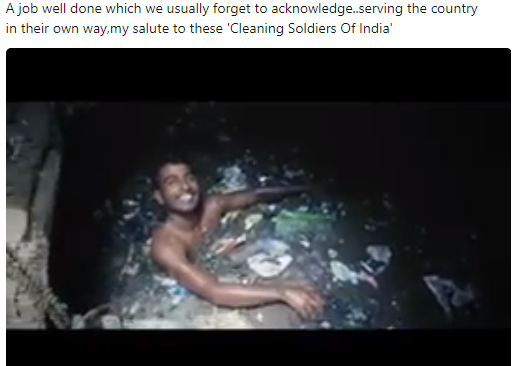 No one deserves to do this work.

Although, he didn’t issue any clarification on why he deleted the video, he retweeted some responses to his tweet:

Manual scavenging is banned in India. According to the Prohibition of Employment as Manual Scavengers and their Rehabilitation Bill, 2012 manual cleaning of sewers and septic tanks without protective gear or the construction of insanitary latrines is prohibited. However, it continues to happen in our country. Many go into the pits without any safety gear.

Here’s a excerpt from an article in Indian Express about the number of deaths caused by manual scavenging.

Earlier, his wife Twinkle Khanna courted controversy for tweeting out a picture of a man defecating in the open. Many accused her of being “elitist”. 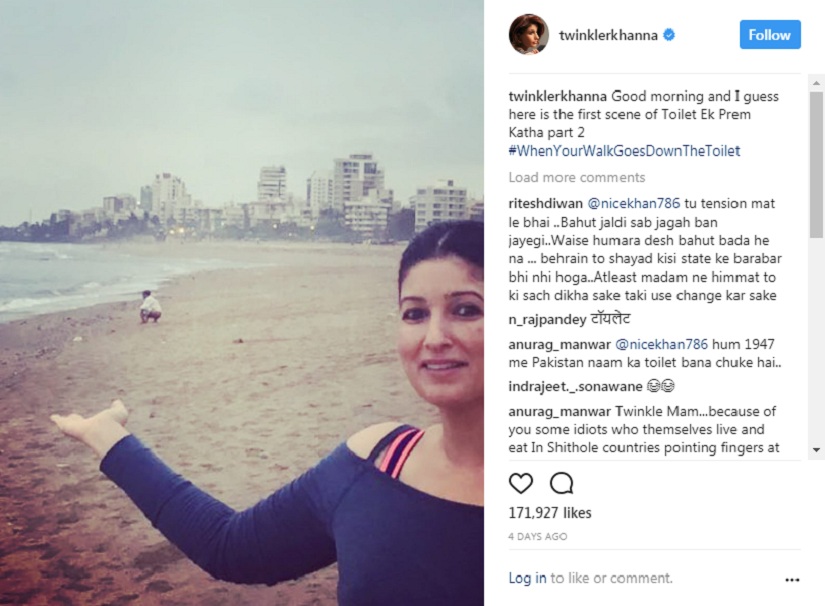 However, Twinkle refused to bow down to the criticism and reposted the image to make her point.