Akshay Kumar and Bhumi Pednekar have teamed up for the first time in Toilet: Ek Prem Katha. The movie talks about the problem of open defecation and the need for building toilets. The two actors are on a promotional spree, leaving no stone unturned in creating buzz around the movie. While Akshay is a pro at conducting himself at TV shows and press meets, Bhumi is relatively new to this atmosphere. But Akshay being the star he is ensured Bhumi felt comfortable all throughout.

According to a source, “The actors were doing an impromptu jig to the song “Has Mat Pagli”, when Bhumi started lip-synching to Akshay’s lines. When he pointed this out to her, she admitted she was nervous. He then took it upon himself to guide her through the remainder of the shoot, holding her hand as they walked to the stage and even shared tips on how to make quotable comments.”

Well, Akshay is definitely a gentleman! The chemistry between Akshay and Bhumi is one of the highlights of the movie. They seem quite at ease with one another and their bond off screen is quite visible on the screen.

Also read: Akshay Kumar reveals he was ‘inappropriately touched’ and makes an important point about molestation

During the promotions, Akshay explained why he is not worried about the Box Office collection of Toilet: Ek Prem Katha. He said, “I am more interested in reducing the ticket rates of Toilet Ek Prem Katha because I want this film to grab more eyeballs. I am not bothered about the collections because that comes later on. I want more and more people to watch and understand the film. 54% of people in this country don’t have toilet darling, so I think people watching the film is far more important than the Box Office collection.” Akshay Kumar also urged the media to spread awareness about the importance of constructing toilets. 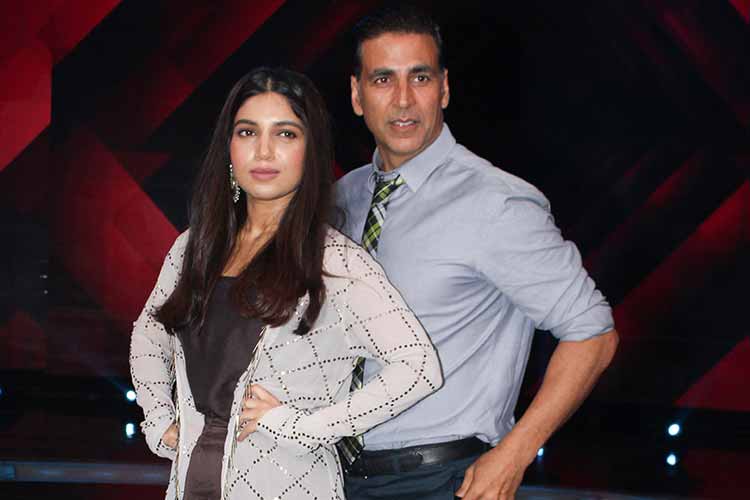 The film will release on August 11.