Vishal Bhardwaj’s Rangoon has become the latest topic of discussion for its box office debacle. Predicted to be a blockbuster, the movie had a shaky start and is still struggling really hard to make its mark. While many blamed Shahid Kapoor and Kangana Ranaut’s bad performance for the failure, others claimed that Vishal Bhardwaj’s films have depth in them which is not everybody’s cup of tea.

Two days back actor Shekhar Suman indirectly took a jibe at Kangana Ranaut and completely blamed her for the film’s debacle. He wrote a really insensitive tweet in which he called her a ‘cocained’ actress and said some really nasty things about her.

His tweet was a result of Kangana and Adhyayan’s failed relationship and the actor still blames her for ruining his son’s life and career. Here’s what he tweeted:

This tweet didn’t go well with Kangana’s followers and they started trolling both Shekhar and his son Adhyayan on the social media. After which, a miffed Adhyayan posted a message on his Twitter account and attacked Kangana once again, just like his father.

He captioned the message as ‘Advice!’ and also referred to Rangoon as a ‘sinking ship’. Have a look at his tweet: 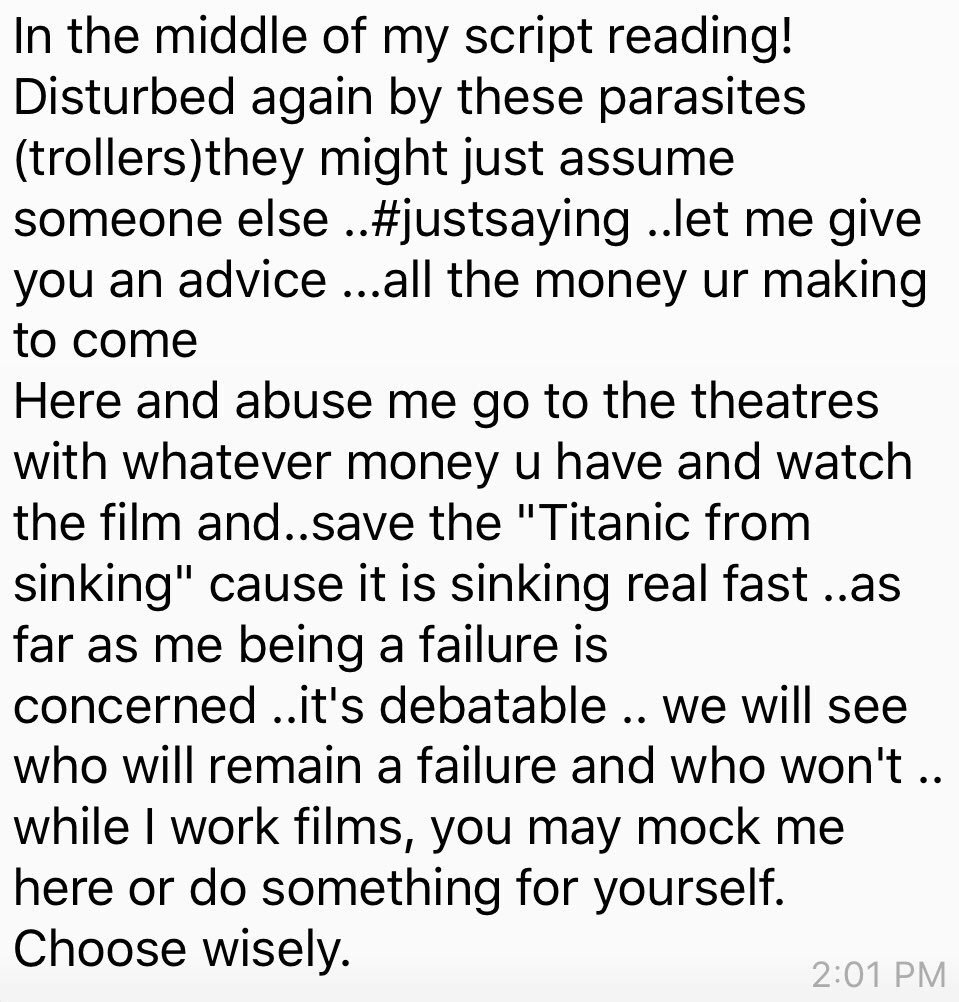 Well, this is not the first time that Adhyayan has targeted Kangana, he also came into limelight after giving some sensational statements on the whole Kangana-Hrithik controversy. It will be interesting to see how Kangana Ranaut will react to such statements of the father-son duo.