After Kangana Ranaut recently made explosive statements about Hrithik Roshan in television shows including Aap Ki Adaalat and Now Showing, the actor finally got support from ex-wife Sussanne Khan. She once again came out in support of the Kaabil star and posted a picture of the two together. Sharing the picture on her Twitter page, Sussanne wrote: “The is no allegation or sad plot that can have the weight to triumph over a good soul.” Calling him a ‘good soul’ it seems Sussanne indirectly dismissed the allegations that the Queen actress made.

After demanding an apology from Hrithik for causing her mental trauma in Rajat Sharma’s famous show Aap Ki Adaalat, the 31 years old actress has talked further on the controversy on CNN-News18’s show Now Showing. While talking to Rajeev Masand, the actress, who got involved in a legal battle with the Krrish star, opened up about the subject without holding back.

During her interview, she said that their fight was still not over and that she deserved an apology from the actor as well as his father Rakesh Roshan in public. She even went on to talk about her affair with Hrithik Roshan. 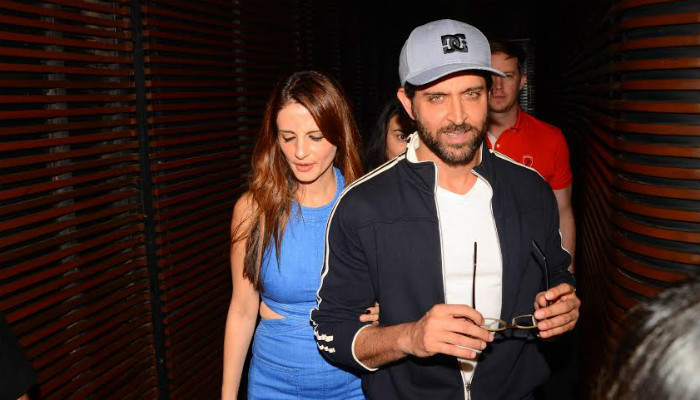 Check out the picture shared by Sussanne Khan here on her Twitter page:

The is no allegation or sad plot that can have the weight to triumph over a good soul. #powerofthetruth#mafamilia#goodoverevila href=”https://t.co/WlVKbIhFjE”>pic.twitter.com/WlVKbIhFjE

Meanwhile, Simran writer Apurva Asrani, who had created headlines over the film’s credit row with Kangana, also shared his views on Twitter. He wrote: “All’s fair in love, war & movie promotions. Even crass desperation to regain box office success must be observed & enjoyed as entertainment.”