Akshay Kumar’s Jolly LLB 2 is the new entrant to Rs 100 crore club for this year after Shah Rukh Khan’s Raees and Hrithik Roshan’s Kaabil. The film has done exceptionally well at the box office not only domestically but in the international market as well. In week 2 of its release, the film has earned Rs 100.37 crore so far and to share the happiness, the makers on Wednesday held a success event in Mumbai.

Present at the success event was Akshay Kumar along with Fox Star Studios CEO Vijay Singh and others. A press conference was also held at the event in which Singh announced the third installment of the film. Yes, you heard that right! Jolly LLB 3 is on cards and we just can’t contain our happiness.

Jolly LLB 2 is Khiladi Kumar’s 7th film to cross Rs 100 crore and it has also proved to be one of Akshay’s best career choices.

In fact, Akshay has also become the third actor after Salman Khan and Shah Rukh Khan, with the most number of films which crossed Rs 100 crore mark. Made on a budget of Rs 45 crore, the film earned profit from the very first day as the cost was already recovered from satellite, digital and music rights. 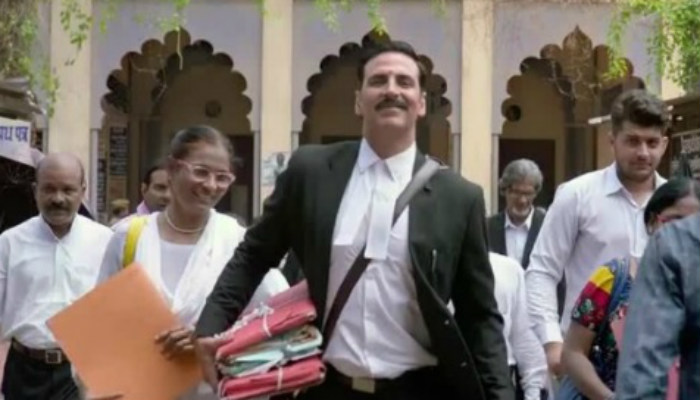 Also read: Watch: This scene from Akshay Kumar’s Jolly LLB 2 will tell you why lawyers, courts got it chopped off

At the press conference, Akshay also talked about his upcoming film Toilet: Ek Prem Katha, which is a satirical take on sanitation issues.

Well, now that the third installment of Jolly LLB 2 is on its way, we think viewers will have a hard time containing their happiness.