Ever since the news of television actress Mouni Roy’s Bollywood debut has been announced, a lot has been written and talked about her. She is all set to make her Bollywood debut with Akshay Kumar’s Gold. Now, Mouni Roy fans have a reason to rejoice as she is expected to romance Salman Khan’s brother-in-law Aayush Sharma in yet another Bollywood film. According to the latest buzz, she will next be seen in a film titled Raat Baaki.

Mouni, who is a popular face of small screen has been reportedly approached for the upcoming film opposite Arpita Khan’s husband Aayush Sharma. This is the same movie through which Salman Khan is planning to introduced Aayush in the Hindi film industry. Needless to say, Mouni shares a close bond with Salman Khan. She recently shot for a special episode for the promotion of Salman Khan’s Tubelight.

Recently, it was also reported that Salman is keen to launch Mouni in Bollywood. DNA quoted a source who said, “Salman had seen the same spark in Sonakshi Sinha when he launched her in Dabangg. He sees Mouni as being extremely desi, a traditional Indian heroine draped in a saree. He is looking at launching Mouni in one of his forthcoming home productions.”  So, if rumours are to be believed then, finally Mouni will be seen working with Aayush in the upcoming film. 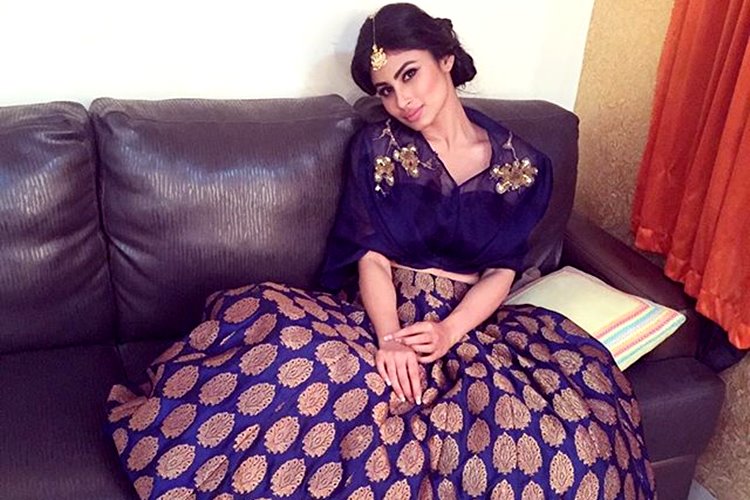 Meanwhile, Mouni is also making a headline for her role in the successful third installment of 2010 released Dabangg. Reports are doing round that Mouni might also be seen in Dabangg 3.

Also Read: Mouni Roy poses in a blue bikini top and it will set your heart racing – See Photo

As of now, she is busy with Akshay Kumar’s Gold. While the Khiladi Kumar has already started shooting for the film, Moui is expected to start filming for the film in August. Directed by Reema Kagti, Gold is slated to release on Independence Day, 2018.