“If not for a place like National School of Drama (NSD), I’m not sure students like me, Nawaz (Nawazuddin Siddiqui) or Irrfan (Khan) would even dream about pursuing a career like this,” says National Award winner Adil Hussain (Special Mention for Mukti Bhawan) with gratitude. Calling it a one-of-a-kind program, where he didn’t have to pay a single penny to get his acting education, this anecdote gains all the more relevance in light of the recent JNU protests.

Having been advised rest for a sprained ankle, Hussain is braving some steep stairs at the 8th Dharamshala International Film Festival. Conducting an acting workshop on the festival’s final day, he’s expected to drop the odd pearl from a career spanning nearly three decades. It’s fitting too, because Hussain often quotes ancient Chinese proverbs or the Bhagvad Gita during a conversation that runs over an hour.

Recently appearing in the trailer for the third season for CBS’ Star Trek: Discovery, these are exciting times for the actor, who’s on the cusp of worldwide recognition. As he mentions introducing himself on the sets of Star Trek: Discovery, saying, “I come from a place where newspapers would arrive three days late, and now I will be crossing galaxies with all of you,” it’s been one hell of a ride.

Hailing from Goalpara (Assam), Hussain first tryst with acting weren’t directly films – “there was this comedian-duo from Coochbehar, they would perform during Bihu (new year). The duo was called Ratan-Shankar, and they would imitate everyone from Rajkumar, Raj Kapoor to Bachchan… I used to imitate them for my friends. That’s what initially led me to become a mimic”. Mesmerised by everyone from Hema Malini in Dreamgirl, Dharmendra in Yaadon Ki Baraat to Amitabh Bachchan in Deewar, he watched most of these films in the first row of the local theatre. “They would cost 85 paise in those days, something I would manage by borrowing from friends or stealing from Dad’s pocket. A lot of hard-work has gone into this…”, he adds with a laugh.

Taking up Philosophy as his honours subject in college, Hussain moved to Guwahati to pursue his first love – acting. Working indiscriminately in street plays, teleplays, telefilms, he was smitten by the actorly qualities of a senior contemporary, Tapan Das. “It was quite apparent that he knew something others didn’t. In a scene, where there were two-three people on screen, my eyes would always turn to his character.” When he asked him about secret behind his ‘truth’, Das told the young Hussain about Stanislavski, acting theories & Drama school. 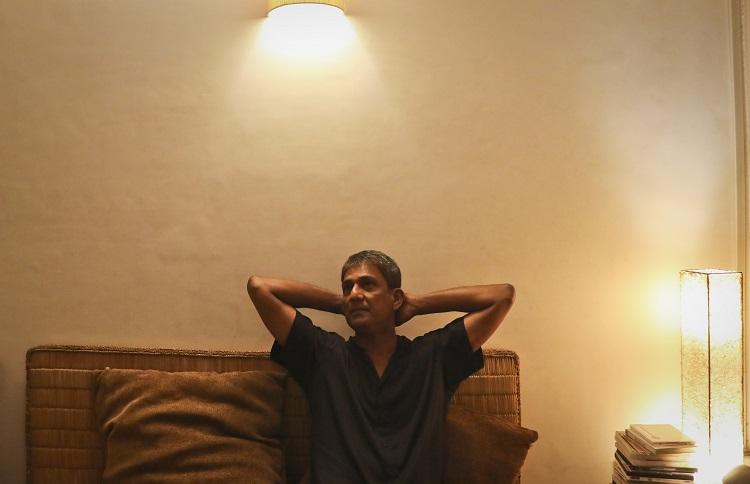 Some time later, Hussain watched his first Hollywood film – Papillon (1973). He was quite taken aback to find out that the film’s two leads weren’t actual ‘inmates’, but famous actors called Steve McQueen and Dustin Hoffman. In Hussain’s own words, these two gentlemen opened his mind towards a type of acting he couldn’t associate with the big Bollywood stars of that time – character acting.

The actor, who at age 27 got into the National School Of Drama, remembers the place fondly. “It’s a one-of-a-kind program, where I didn’t have to pay a single penny.” It’s also the place where he met Khalid Tyebji, a teacher he credits with blowing his mind in the very first class. It’s apparent Tyebji’s classes had an existential impact on him, because the only lesson he walked out with is that he had to learn more. Applying for a scholarship, Hussain was admitted into an intensive six-month program at the Drama Studio, London.

In Search Of ‘The Truth’

Graduating from the course in London, Hussain realised he had deeper questions about acting, bordering on the philosophical. “Stanislavsky, the father of Modern acting, said that to act well… you need to answer the five Ws – Who, Where, When, What, Why. I thought if that was the way to act well on stage, in front of an audience… then I should be asking these questions in my life too. And that took me another decade…” he says.

“Coming back to Sri Aurobindo, Ramakrishna Paramhansa, Lahiri Mahashaya, I somewhat concluded that this is not an intellectual quest, it’s an experiential quest…,” says Hussain. But the pursuit of the quest ended in 1999 when his former NSD classmate Royston Abel asked him to play Othello. 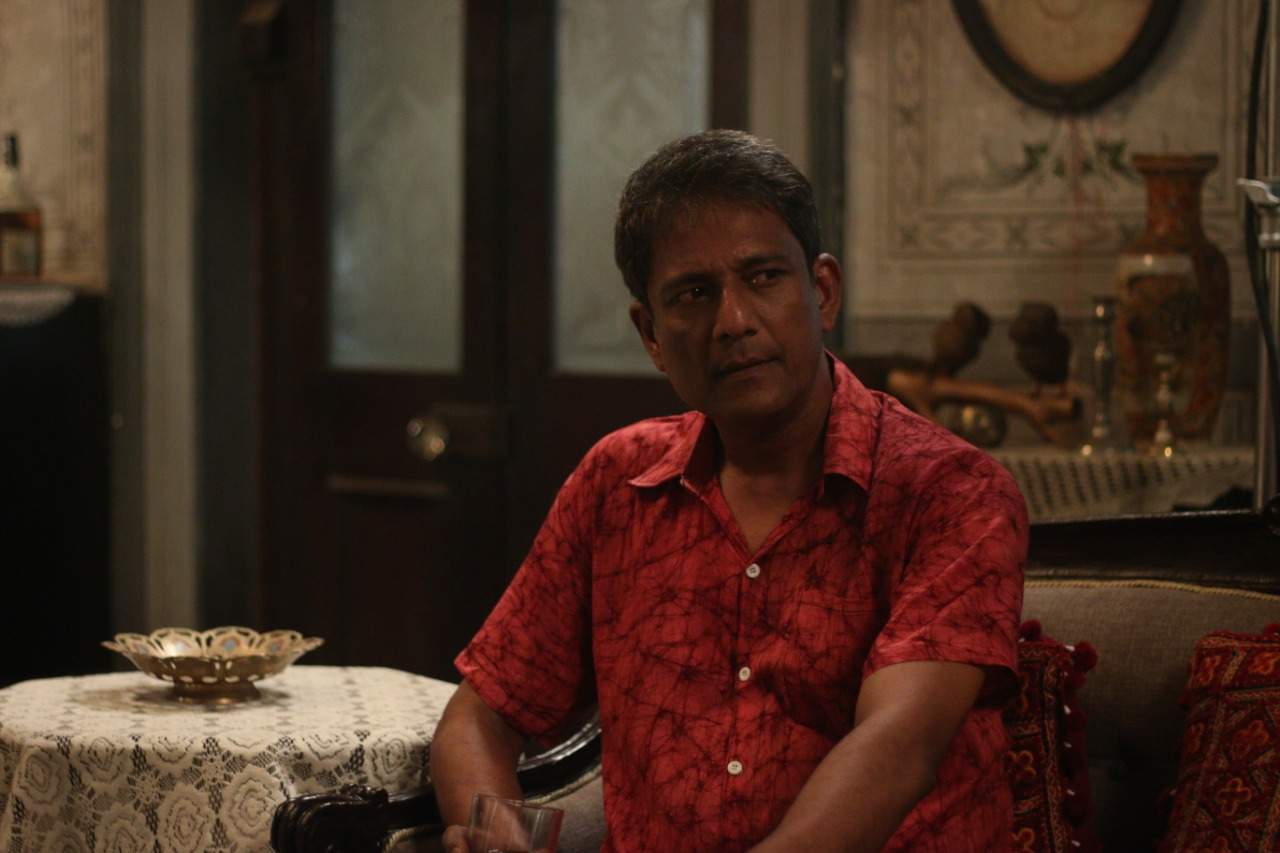 As acting opportunities (and love) beckoned, Adil Hussain’s fate was decided. “I was shitting my pants because my co-actor was Barry John (playing Iago) and my (now) wife, Kristen (Jain), was playing Desdemona… that’s how we met. Thank God for this, otherwise I would still be in the jungles,” he declares.

When he was cast for Jasoos Vijay, Hussain was down with chicken pox, and was bed-ridden. But he made it work, like he always does. “My co-star from Othello, Dilip Shanker, was convinced that I had to play the lead. And he auditioned me in my bedroom, with my chicken pox scabs still there. All they told me was that we start in two weeks. I did two seasons with them, and earned a good amount of money for it,” recounts the actor whose breakout role was as Sridevi’s prickly husband in English Vinglish.

“I wanted to play him like an ‘ignorant misogynist’. Like my brother doesn’t know, my father didn’t know, or even I didn’t know how messed up my head was. She ( director Gauri Shinde) was immediately on board with it,” he tells us. 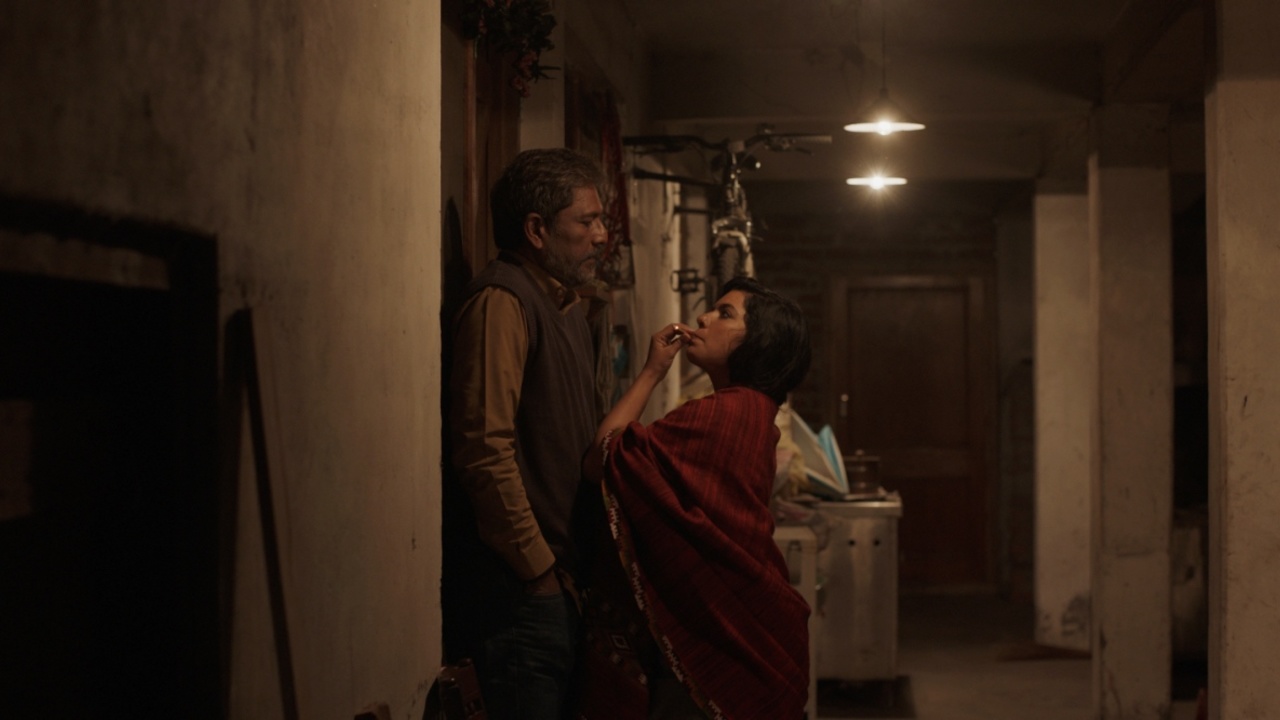 A still from Nirvana Inn, with Rajshri Deshpande

Hussain categorises his recent film work as: some for dil, the rest for ‘bill’. For every 2.0, Commando 2, or Force 2, he gets to do Mukti Bhawan, Lorni – The Flaneur (an upcoming Khasi film), or Nirvana Inn.

Hussain’s indie ventures have a running theme of guilt – or at least characters who do. In Mukti Bhawan, he’s a conflicted son who must confront his father’s mortality, and fulfill his ‘last wish’ by accompanying him to a retreat in Varanasi. In Lorni, Hussain’s sleuth character has haunting flashbacks of a past filled with regrets. In Nirvana Inn, he’s reported to be playing a character who is the only surviving member of a boat accident. “I think it’s a very karmic thing. I’ve done a lot of things in my career that I don’t agree with, and I guess directors see that in me,” he says, sounding more like a yogi, than an actor.

For someone who doesn’t endorse insurance (as a product) because he believes they thrive on people’s fear, Hussain starred recently in the most intensely debated Hindi film of 2019 – Kabir Singh. He almost seems glad to be asked this question. “I would like to explain myself,” he tells us. “I had not read the entire script of Kabir Singh. If I had read the whole script, I wouldn’t have done it. For the simple reason that Art should not, by any means, be a propagator or an instigator for something that is inhuman… especially misogyny in its epitome. Even though towards the end, it’s different, but young people don’t see things as a whole. I wouldn’t have done it. I’ve refused so many films because I didn’t agree with the politics of a film.”

But that isn’t to say he won’t play a character with whom he does not identify at all. He describes his character in Unfreedom (2017) as the ‘pits of humanity’. “I didn’t agree with the artistic attitude of the final film, but I had to play that character for my own personal growth. There’s a popular Chinese saying that states that once you have digested the most unpalatable vegetable’s roots, you’ve reached somewhere.” 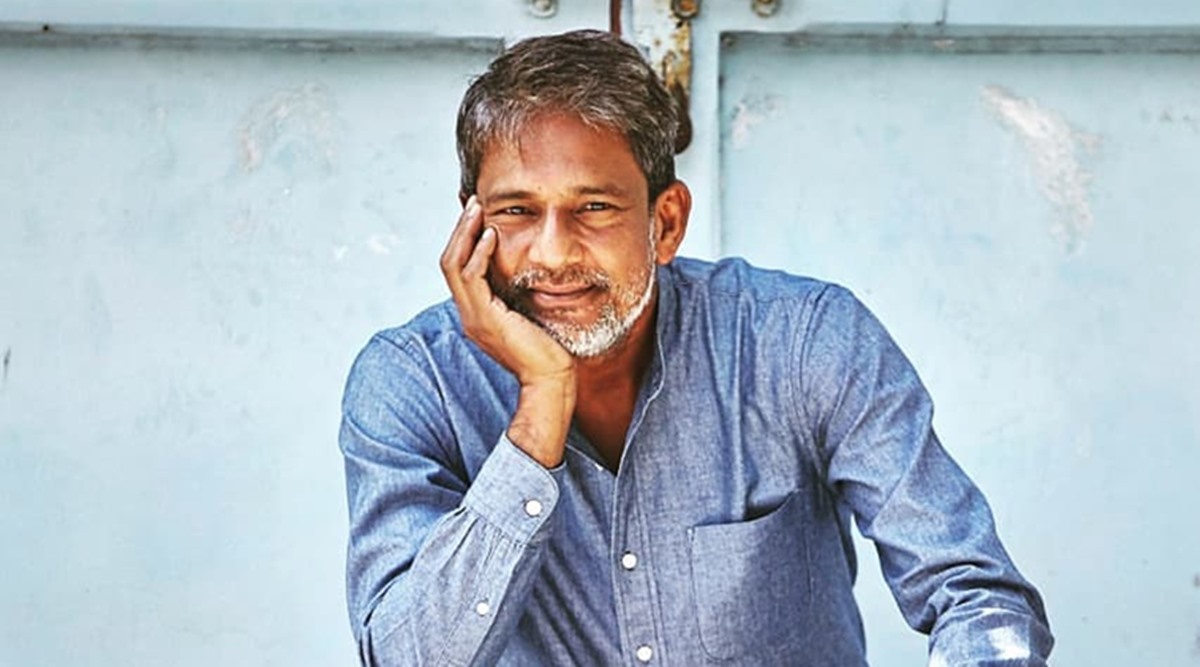 He barely hesitates before naming the Joaquin Phoenix-starrer Joker as a recent film he wished he was a part of, despite the controversy.

“Everything has its place, but the question here is if it deserves to exist in the lowest places… or the highest places. Art should uplift and indicate/suggest (not preach!) what the society could possibly be, which we all dream about. But then society is going through evolution, and this is an excruciatingly slow process. We’re undergoing a samudramanthan of sorts, where all the garbage is coming out from the society, before we find the Elixir,” he says of the debate around a film’s messaging.

Hussain’s acting masterclass takes place on a terrace overlooking the hills two days after this conversation. It’s a full house, and Hussain is hesitant to introduce himself as an ‘actor’ at the start of the session. “It always reminds me of an incident when Byron told Shelley, ‘oh, so you’re a poet. Not someone who wants to write poetry, eh?’,” getting a loud applause from the audience. Hussain will next be seen playing a fertility doctor in Karan Johar’s production Good Newwz, an interstellar traveller in Star Trek, and a caretaker of a hotel inhabited by ghosts.

Safe to say, some actors will resent him for his sorted priorities.