There’s an interesting duality to Abhishek Banerjee’s decade-long career. Having come to Mumbai to pursue his acting ambitions in 2010, Banerjee soon found himself on the wrong side of the audition room. Working with casting director Gautam Kishanchandani , Banerjee often ended up as both the rejector and the rejected during the early 2010s. Having finally found his feet as an actor thanks to a flurry of web series and supporting roles in successful films, Banerjee fits easily on either end of the spectrum. Whether it is the role of a young man possessed by an evil spirit in Stree, or the role of a man who ‘prefers’ slitting throats in Mirzapur, he can do both.

Starring in arguably Mirzapur‘s best scene, Banerjee and Divyendu Sharma share a stellar conflict where Munna slits Compounder’s throat to save himself. “Divyendu is my favourite senior from college, so Mirzapur was a reunion of sorts. The whole loyalty came very easily, and that high-drama scene of Compounder getting killed… we were both really depressed. He genuinely didn’t want to kill me, and I genuinely didn’t want to die… and I think that came out naturally. The scene took about seven hours to shoot because it was a very technical scene where the blood needs to come out in a certain way, and we needed to get various angles. It was a very dark day for both of us,” says Banerjee about shooting the aforementioned scene. 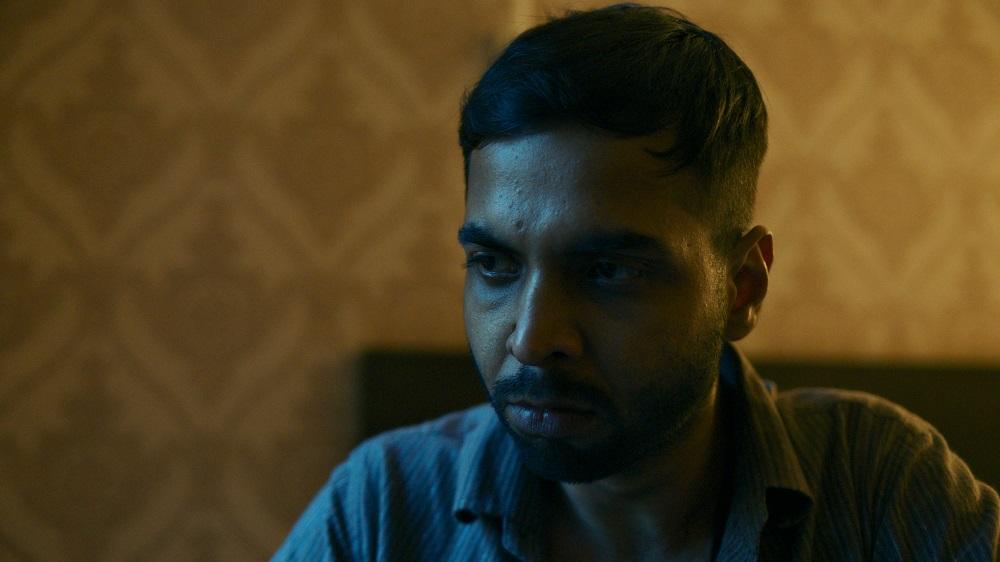 Starring in the Amazon Prime’s Pataal Lok, Banerjee plays the role of a stone-cold assassin, Hathoda Tyagi. In conversation about his latest show, and his dual life on either side of the audition room, Banerjee spoke about how his experience as a casting director helped him as an actor, and how one dialogue turned around his seemingly sinking acting career for good. Excerpts:

Playing a college student in Rang De Basanti (2004) to now playing this violent dude, Hathoda Tyagi in Pataal Lok (2020), how would you describe this journey in a word…
Passion. Yeah, I think that’s the word. I never really thought that somebody would say ‘your first appearance was Rang De Basanti‘ – that was not the plan. When I did that, it was only because I was passionate about acting. Never really thought of that role as a milestone, or even the bit-roles after that… I never thought that I was doing those for anyone but myself. I think I had that passion then, and I think I still have that passion.

I’m assuming you were studying in Delhi when you did that role in Rang De Basanti…
Yes, I was studying English literature in Kirori Mal College, and I was spending a lot of my time with the in-house theatre society. Tushar Pandey, who played the role of Mummy in Chhichhore, was my mate in class as well as theatre. His elder brother (Sunil Pandey) was the assistant director on Rang De Basanti. He called us, and it was so much fun! So many in that scene have gone to become established within the industry. Whether it is Chandan Roy Sanyal, Tushar, there was even Shubham… who wrote this film that played at MAMI called Eeb Allay Ooo!

A lot of the guys from the theatre society are now working in Mumbai. Ali Abbas Zafar, Zeeshan (Ayub), Divyendu Sharma, Himanshu Sharma, Rajshekhar (lyricist), Victor (Vijay Krishna Acharya, director)… they’re all my seniors. It had this nice culture of questioning everything around us. Also, adapting classic literary works to our current socio-political scenarios, something I still draw from… for my characters right now.

When did the move happen from Delhi to Mumbai?
It happened about 10 years ago, and I think this is my 11th year in the city.

Did the casting director happen because of acting, or was it the other way round?
Casting happened because of the acting. I was auditioning for a few films, when I met this gentleman Gautam Kishanchandani. He was an assistant director who would also cast films (more recently) like Chhapaak. He offered me a job. So I started casting like a part-time job you know, thinking I’ll quit after getting an acting job… which didn’t happen. I was auditioning where Gautam was casting too, and I was getting rejected everywhere. So I wondered what the problem was, and I concluded that I probably wasn’t equipped enough for camera acting.

So the casting room became a nice practice ground for me, if a good actor came in for an audition I used to love to give them cues. I began to enjoy the process and I realised that until I’m ready… I can continue to have this proximity to actors, directors, and you get to read so many screenplays and stories, and I took all of this and used it for my preparation as an actor. But then there also came a time, when I was ready to let go of my acting dreams. I was completely disillusioned with auditioning, and considered focusing on casting.

What year was this?
I think this was around the time of Ghanchakkar (2013), when I got rejected for the role of Idris, the part which Namit Das played. That’s when I think my confidence completely broke. When you have your boss (Gautam Kishanchandani) as a casting director, you’ve known the director (Raj Kumar Gupta) for 2-3 years… Amar Kaushik (the associate director on the film) was a friend. So you think you’ll get the part if you do your best. But I was rejected, and that really shook me. I began to think if people who have known me are rejecting me, then there has to be something terribly wrong with my performance… or my process. So I decided not to think about acting and only go about casting.

I started a company with Anmol (Ahuja), which we called Casting Bay. And that’s how I think I tried to forget about it (acting) but TVF’s Nidhi Bisht called me for Pitchers. I gave a very half-hearted audition, which I remember was also the point where I changed my thought-process. This was a new, evolved Abhishek giving an audition, considering how a year had passed since Ghanchakkar. I had spent all that time introspecting about my process, my problem areas, and I think that was my first experiment – the character of Bhaati. There were no expectations. But suddenly that one line of dialogue (Tu beer hai b******d)… and people started meeting me, noticing me, talking to me about that one scene. I realised that little trick that I had tried to pull during that one scene… had worked, and I figured if it works in one scene then it obviously means that I need to try it more often. I told my friends making short films to cast me, and then I met Devashish (Makhija) who was making his own short film, after which he gave me his feature film, Ajji. And that’s when Amar sir saw it and gave me the role of Jana in Stree.

What do you think really worked about that one line in Pitchers?
I think it’s brilliant writing by Biswapati Sarkar. And I think the line really, not sure if I should say ‘affected’, probably ‘inspired’ a lot of people. Many people have come up to me during holidays, social gatherings, where they’ve said that it all began with ‘Tu beer hai…‘ That gave me a lot of confidence as an actor. Pitchers came at a time when the whole start-up culture was just about to peak. And this one line became a slogan of sorts for them to test waters.

What was your first reaction to reading Pataal Lok?
I had to read it twice. I told Sudip (Sharma) sir this. It’s quite deep, and there are so many undercurrent issues being addressed in it. And Sudip Sharma is anyway one of the most prominent names in the screenwriting world.  NH10 or Udta Punjab or Sonchiriya, they all say a lot about the society without showing everything. There’s a directness to the show, it’s not trying to hide anything and it pretty much fills us in on our ignorance.

You’re in the midst of two refined actors – Neeraj Kabi and Jaideep Ahlawat. Did you feel the need to step up your game?
I had to think harder. Like you said, these two actors have been around longer and have a wider gamut of experiences, something they will bring to the table. And I’ll have to be prepared for it when they do, so I needed to further immerse myself and respond as the character. It’s so easy to act with a Jaideep Ahlawat, because you’re responding to wordless gestures, because the other actor in the scene is also fully immersed in the character. It’s magical!

Do you think there’s a laziness that’s set into the casting of yourself, Aparshakti Khurrana, Neena Gupta, Gajraj Rao, Pankaj Tripathi… who appear in the same kind of roles in those Ayushmann Khurrana and Rajkummar Rao films?
If the audience can watch the same hero, then why not the same character actors? Sriram Raghavan has used Zakir Hussain in every film, but the way he uses him is the trick. Everyone you mentioned… they’re all good actors. Gajraj Rao did Aamir and Black Friday long back. But now he’s become the father figure after Badhaai Ho was a success. Both Aparshakti and I have been a part of successful films, and it’s true that once something becomes successful the industry looks at you in a certain way. That’s where the intervention is needed. It’s the job of us casting directors to make a case for actors in roles the audience cannot imagine. For eg: Jamtara, what a beautiful cast. Or for that matter Divyendu in the role of Munna bhaiya in Mirzapur. He was known for comedy, but now he’s played a fantastic gangster too. 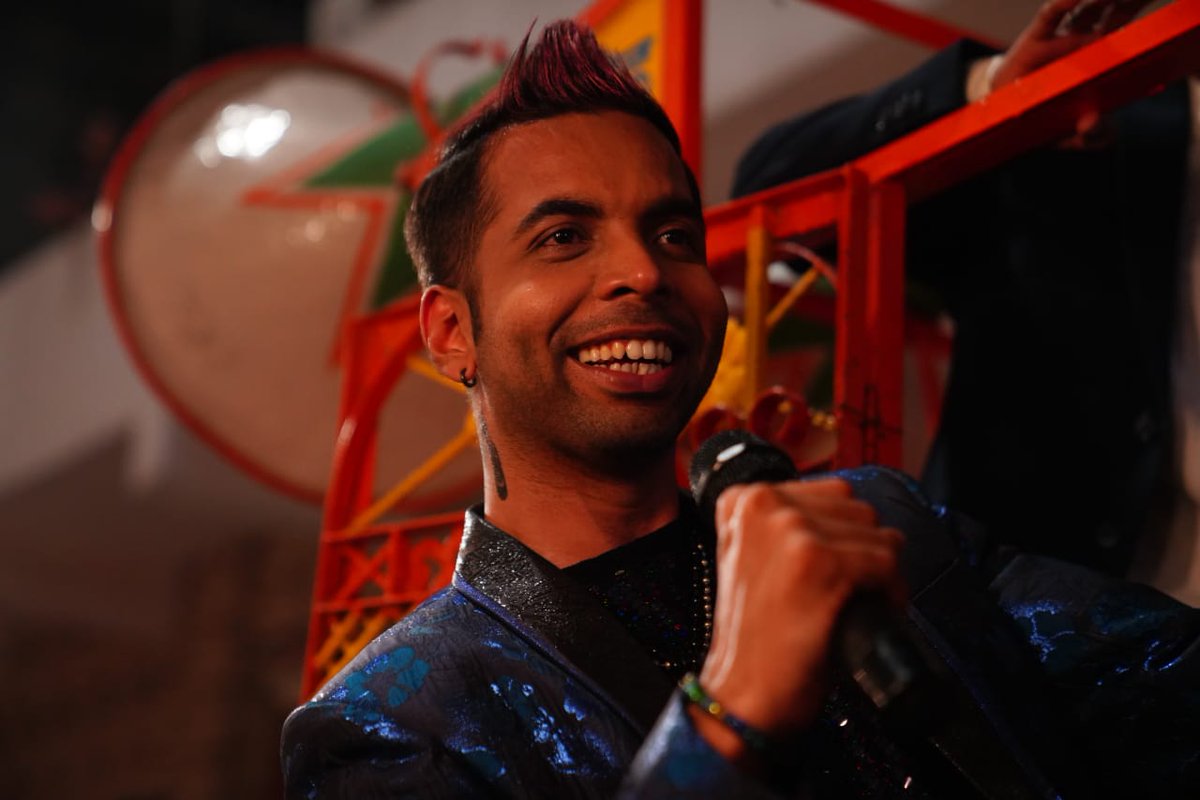 Has it ever happened during an acting gig, the casting director in you has taken over and you’ve wondered about who would be better for your part?
Yes of course man, if I think I can be a good fit then I will always audition for the part, even when I’m casting for the said project. Then it’s the director or the producer’s call, not mine. The only thing I do with an audition is give them one more option. Having said that, I don’t think I’ve ever tried to push myself in the front of the line, that’s something I don’t think I’ll ever do.