Seems Abhishek Bachchan is the latest celebrity to fall into the trap of miscreants on the Internet. Apparently, a picture of Abhishek Bachchan’s mark sheet has appeared on the official website of Staff Selection Commission. Candidates tale multi-tasking examination through this platform and Abhishek apparently applied for a junior position. The date on the admit card was 30 April in Jaipur and obviously, Abhishek did not sit for the exam.

But what caught our attention was the fact that Abhishek’s sex in the form was mentioned as female. Even the star’s name was spelled wrongly. If you look at the picture of Abhishek in the card, it clearly looks like a pic of an event he might have attended. 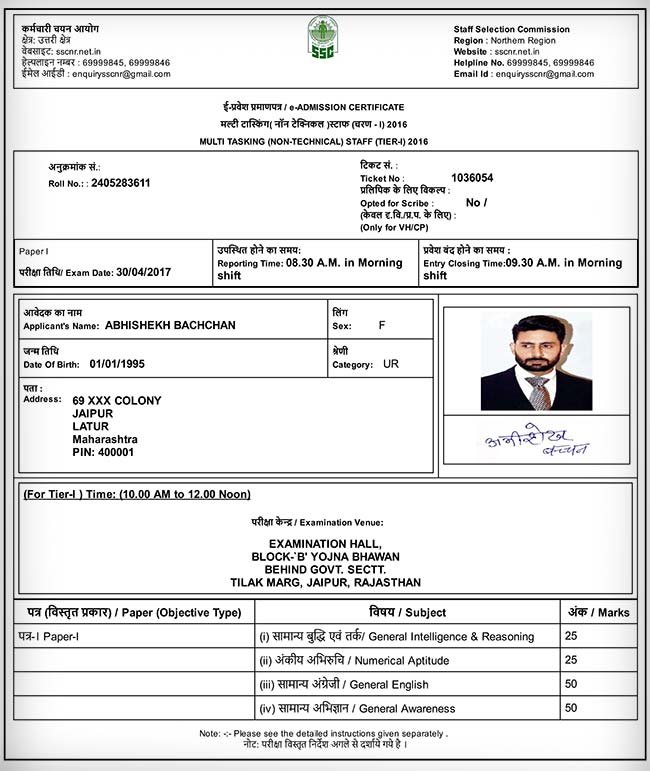 This is not the first that a hoax has engulfed a Bollywood celeb. When Reliance Jio was launched, an application form of Priyanka Chopra had gone viral.

The way false forms and admit cards of celebrities are going viral is indeed alarming. This means that not even celebs are immune to these pranks and in fact, their popularity makes them more vulnerable to these incidents. It is time authorities put a check on these people who played pranks on celebs.

On the work front, Abhishek Bachchan was last seen in Housefull 3. Reports have it that Junior Bachchan has been roped in for a movie to be helmed by Ram Gopal Varma. There is no confirmation about it as of now but we are sure his fans would be hoping to see him on the silver screen soon.