Aamir Khan’s Dangal is the latest obsession that the Chinese have. The film has created history in the country by the becoming the first highest-earning non-Hollywood film. The kind of love and appreciation that is coming Dangal’s way has even surprised Aamir Khan. Though his earlier films like PK, Dhoom 3 and 3 Idiots have done well in China, the numbers that Dangal has scored are unprecedented. By the end 29 May evening, the wrestling drama had generated Rs 888.25 crore worth ticket sales in the country. This has enabled Dangal to overtake the giant Baahubali 2: The Conclusion at the global Box Office which looked untouchable till a few days back.

Talking about his film’s stupendous success in China, Aamir told IANS over phone from Malta, “While we were hoping that Dangal connects with the people of China, not in our wildest dreams we thought that this is the kind of connect we would have. It was unprecedented. We are pleasantly surprised.”

So what clicked with the Chinese audience this time?

“The reason it has become so huge, according to me, in China is that they connected on an emotional level with the story, the characters and the moments. I have been reading their reactions on social media. They have been saying things like how the movie moved them and how the characters inspired them so much. It made them realise what their parents went through. Many of them called up their parents and cried. It’s a very emotional reaction. That is what has made the film really work,” Aamir Khan said.

Also read: Dangal crosses Rs 800 crore at China Box Office. Here’s why this Aamir Khan movie failed to collect this much in India

Dangal was slammed by a section of the people in China, especially feminists, who tagged it as a movie that reeks of patriarchy and male chauvinism.

But Aamir is overwhelmed with the positive impact that the movie has left on people.

“It had a deep impact on women and men, and how we as a society can treat the girl child. It also had a big impact on wrestling. The kind of interest people have taken in wrestling after the film is significant,” he said. 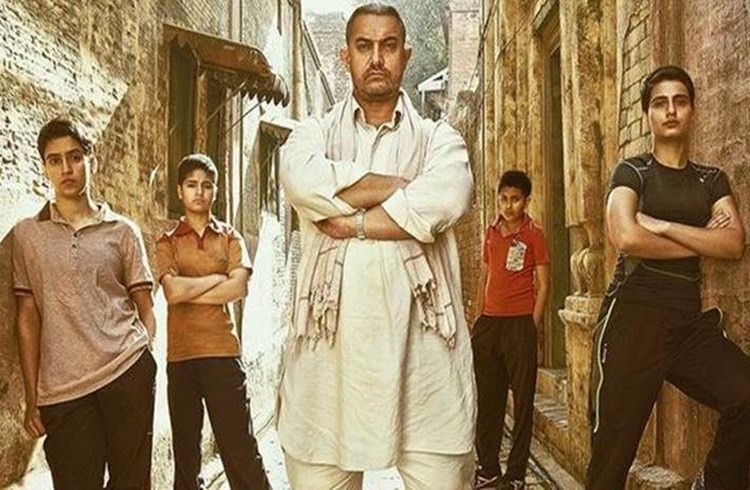 A poster of Dangal

Aamir feels it’s not fair to compare the sport with cricket, which is like a religion to many in India.

“Everything can’t be compared on the same level. If you are comparing wrestling with cricket, then I don’t know if you can compare that. But it has had an impact,” he said.

Aamir has as many as 20.9 million followers on Twitter and is now the most followed Indian on the Chinese microblogging site Weibo. But the superstar believes in communicating with fans through his films rather than taking the social media route as he says he is “not very communicative”.

Asked if he would become more active on social networking sites now, Aamir said, “The fact is I am not the kind of person who is active on social media. I don’t think that will change. Once in a while, I go online and say something.

“Right now I am in Malta for Thugs of Hindostan. My entire focus is on the film. It’s difficult to come out of that. I also believe that my major communication with fans in India or anywhere else is through my work. That’s how I communicate with my audiences.”

Is that the reason why he does not regularly share posts about his activities?

“I just feel that’s the kind of person I am. Social media is a wonderful platform to connect with people. It’s a great platform. But each one of us has a different personality. I am not a very communicative person in that sense. So, I’ve never been active on social media, and I don’t think it will change.”

Also read: How does Aamir Khan feel about Box Office competition between Dangal and Baahubali 2?

Nevertheless, his fan following just keeps growing, especially after Dangal, which saw Aamir essay a retired wrestler encouraging his daughters to take up the sport that’s dominated by men.

The Nitesh Tiwari directorial that chronicles the story of the real life Phogat sisters — Geeta and Babita — released in China as Shuai Jiao Baba (Let’s Wrestle, Dad) on May 5 in around 7,000 screens.