Amazon Prime’s Pataal Lok exists in an eerie setting. It’s the time of trending hashtags, vulgar nationalism… there’s no filter anymore. Every unspoken thought can be broadcast to the world by hiding behind an anonymous account. This is not a time for universal truths, moral compasses and ideals. Too often, a contrary opinion is always around the corner, waiting to maul one’s life-long held beliefs. Life feels like a shouting match, playing out in dimly-lit drawing rooms. Sound familiar?

Riddled with tropes around a washed-out, middle-aged cop’s (Jaideep Ahlawat) chance at redemption with a once-in-a-lifetime case, Pataal Lok is supremely effective when it turns its knowing gaze towards naya bharat. As the final episode’s credits roll, it’s hard to shake off the show’s cynicism.

Conceived by Sudip Sharma (screenwriter of the terrific Sonchiriya) and co-directed by Avinash Arun (Killa) and Prosit Roy (Pari), Pataal Lok draws parallels between the fabled hierarchy in Hindu scriptures and modern Indian society. Explained to us in a voiceover by the weary, middle-management cop – Hathi Ram Chaudhary (Ahlawat), he quickly clarifies that he’s only heard about it all being written in holy Hindu texts, but he read it on WhatsApp. Riding alongside a filled-with-idealism rookie, Imran Ansari (played by Ishwak Singh), he concludes that their Jamuna paar police chowki lies in the lowest rung and hence, they’re destined to never solve a ‘big case’. There’s a wry wisdom in Ahlawat’s voice that can only come from years of disappointment. As he confidently tells the rookie about the cases he will be tending to – domestic violence, petty thefts and the likes.

Probably listening intently to his deep-rooted disillusionment, fate plays another trick with a foiled assassination attempt taking place within Hathiram’s jurisdiction. Asked to investigate this ‘open-and-shut’ case in the swiftest manner possible, the eager-to-impress Hathiram inconveniences his seniors by posing questions of his own. Ahlawat adds beautiful touches to his character, in the way he pulls out a diary and a pen that’s probably remained unused for longer than it should have been. He brings a tenderness to his depiction of an empty shell of a policeman, using all his professional juices to remember the due procedure after all these years. It helps that Ahlawat’s acting chops are met with Neeraj Kabi’s (almost) natural translucence, and Abhishek Banerjee’s stone-cold turn as an embodiment of death itself. This is inspired casting for the three principal characters, apart from the bit-characters like Tope Singh (Jagjeet Sandhu), DCP Bhagat (Vipin Sharma) and SHO Virk (Anurag Arora). 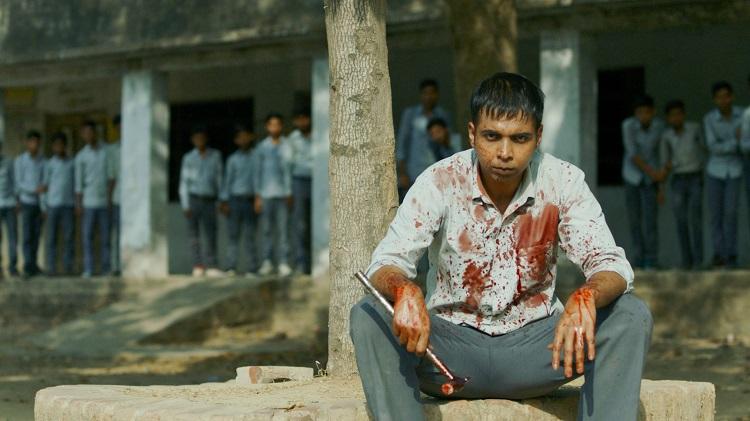 Pataal Lok splendidly peels off the layers of the four alleged assassins, and their marginalised backgrounds. Hathoda Tyagi (Banerjee) is the son of a poor farmer (possibly from a backward caste) from Chitrakoot, Tope Singh (Sandhu) is a lower-caste Sikh, Kabir M (Aasif Khan) is a Muslim man intent on hiding his minority identity, and transwoman Mary Lyngdoh (Mairembam Ronaldo Singh) grew up as ‘Cheeni’ on the platforms of Nizamuddin railway station. Sudip Sharma’s awareness leads him to even wink at the audience by making a character say – “we liberals are such a cliche – all we need is a Muslim accused and a member of the LGBTQI community to start looking for their human story…” As Hathiram slowly puts the big picture together, we begin to see the ugly politician-businessman-journalist nexus that protects its own and humiliates the downtrodden.

Sharma has visibly good taste, even when he’s reiterating popular tropes of the genre. The violence is uninhibited, the chase sequences are frequent and there’s an overwhelming toxicity in the air that almost captures the smells of (pre-Corona days) Delhi. As Hathiram navigates the case with more bends than the Yamuna, we can almost breathe the difference between the stink of dingy North-east Delhi neighbourhoods and the stifling recycled air of South Delhi’s centrally air-conditioned bungalows. In a show this dense, and with such great overall acting, there is the occasional miscasting too. Swastika as Dolly Mehra, Anindita Bose as Chanda and Gul Panag doing the Delhi housewife routine as Renu, are not given the depth to establish themselves. There is the occasional subplot of an abusive father or an angsty teenager’s run-ins at school, that takes away from the show’s gripping nature. 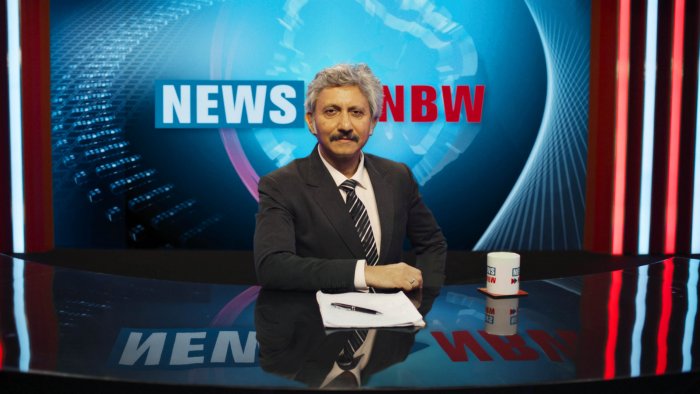 Looking at Amazon Prime’s previous Indian original shows – Inside Edge, Breathe or Four More Shots Please! that seem to be going for a glitzy, campy aesthetic, Pataal Lok is superbly grounded in comparison. Held together by Jaideep Ahlawat’s one-for-the-ages central performance, the show definitely comes close to being as good as the first season of Sacred Games (many similarities too if you’re watching closely) in the way it shows a mirror to modern India, and as it goes about unmasking the ugly face of the ‘system’. In a time where films rarely have anything to say without being painfully literal, Pataal Lok is another stunning revival of the Indian procedural after Delhi Crime.