Shraddha Kapoor has been in news for the release of her upcoming film Haseena Parkar. Directed by Apoorva Lakhia, the film is based on the life of Dawood Ibrahim’s sister Haseena Parkar who had ruled Mumbai’s Nagpada area for four decades. Kapoor will play the titular character and has even donned prosthetics both in order to get into the skin of her character as well as to justify the menacing looks of the Lady Don of Dongri. Most of Kapoor’s previous ventures have either tanked at the box office or have largely failed to impress both the viewers and the critics. The film Haseena Parkar is going to be a litmus test for Shakti Kapoor’s daughter to prove that her acting capabilities are at par with Bollywood’s leading actresses.

On the other hand, Arjun Rampal too is gearing up for the promotions of Daddy. Helmed by Ashim Ahluwalia, the film maps the rise of the revered Mumbai gangster-turned-politician Arun Gawli. Arjun Rampal plays the lead and even lost 8 KGs in order to attain the look of the Byculla don.

But do you know that the characters Shraddha Kapoor and Arjun Rampal will play actually had a real life connection? 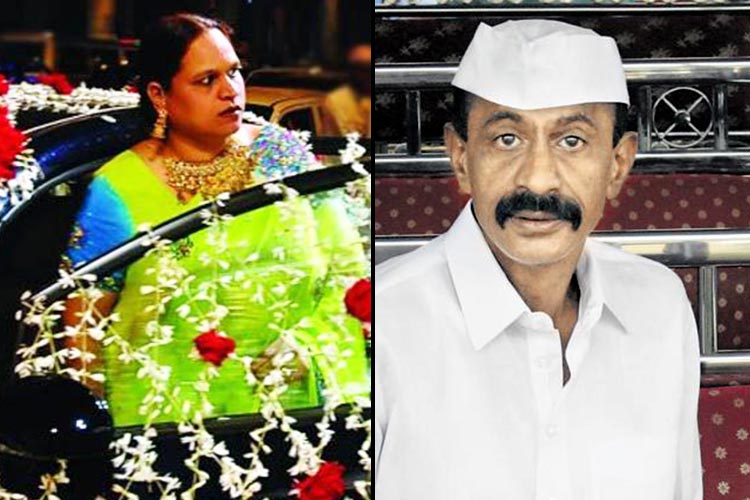 The Bombay of late 1980s and early 90s witnessed an immense power struggle between Arun Gawli’s Byculla Company and Dawood Ibrahim’s D-Company gangs to gain prominence over the city’s underground operations. Both these crime syndicates were involved in extortion businesses, illegal land deals, overseas distribution of Bollywood films and other criminal activities. Though the gangs had supported each other throughout major part of the 70s and the 80s, their equation turned sour when Gawli was led onto believe that police encounter of Rama Naik, his mentor and the founder of Byculla company, was ordered through Dawood Ibrahim.

This led to brutal gang wars and clashes between the two sides. The severity of the enmity resulted in the murder of Ismail Parkar – Dawood Ibrahim’s brother-in-law and Haseena Parkar’s husband – which was carried out by members of the Arun Gawli gang. It was because of the death of her husband that Haseena Parkar quickly learnt the ropes of the underworld business and rose in the world of crime. Since then she ran her brother’s operations in the city and was known to be the Godmother of Nagpada, or simply called as ‘Aapa’.

It is interesting that even though Shraddha Kapoor and Arjun Rampal play the roles of prominent underworld kingpins in separate films, their characters are bound by the common thread of crime, revenge, vigilantism and the inescapable city of Mumbai.

Shraddha Kapoor-starrer Haseena Parkar was scheduled to release on August 18 but has been postponed to avert box office clashes with Shah Rukh Khan-Anushka Sharma starrer Jab Harry Met Sejal and Akshay Kumar led Toilet: Ek Prem Katha. While Daddy featuring Arjun Rampal is slated to be released in September after a delay of two months as the director awaits Arun Gawli’s release from jail to rope him in for the film’s promotions.