After the success of Amazon Prime’s Made In Heaven, you would naturally expect a spring in Sobhita Dhulipala’s step. During interviews, you would expect to hear the giddiness in her voice as she responds to all the praise being thrown at her. Instead, we see her with a zen-like calmness. She isn’t in a hurry to finish her answers, she wants to take her time with them. She needs time to think, process and digest this phase of her life.

After making her debut in Anurag Kashyap’s Raman Raghav 2.0 in 2016, the recognition has only been a matter of time for Dhulipala. Pitted against a post-Masaan Vicky Kaushal and a masterful Nawazuddin Siddiqui in her first film, Dhulipala not only stood her ground, but did so with a restraint often associated with veterans. After a few forgettable films (like Kaalakaandi & Chef), Dhulipala got her breakthrough role in Zoya Akhtar & Reema Kagti’s Made In Heaven. Devouring the arc of Tara (her character’s name on the show), Dhulipala imbued a complexity in her character that we rarely see in mainstream Hindi films or television. Here are 9 moments from Sobhita Dhulipala’s interviews where she sounds (WAYYYYY) wiser than her age:

1. Calling herself a bit of a ‘pro’ at auditioning now, Dhulipala is absolutely clear about the need for auditions. 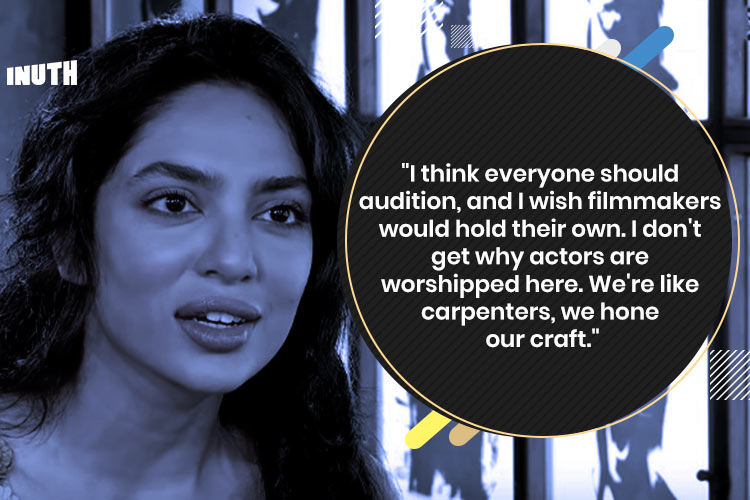 2. Fame isn’t new for Dhulipala. She is a Miss India winner from 2013, and she seems absolutely certain about the reason she got in and later, got out of modelling. 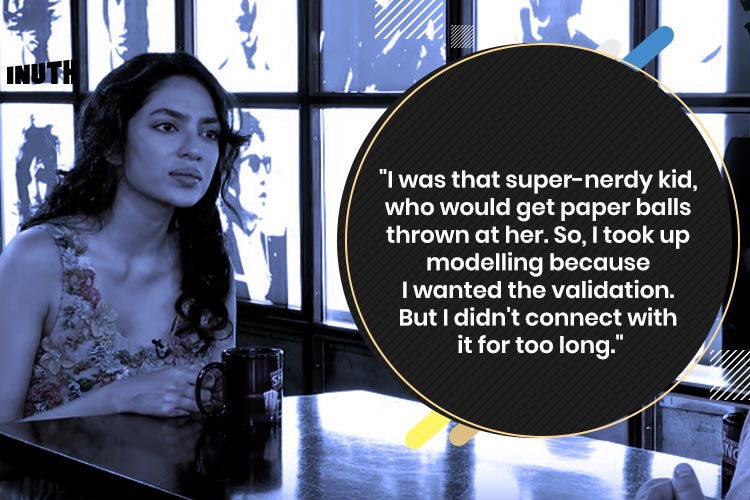 3. Speaking with Rajeev Masand, Dhulipala discussed how she wasn’t always on the same page as Jim Sarbh (her on-screen husband). And how the friction in their opinions might have actually made their scenes look better in the final show. 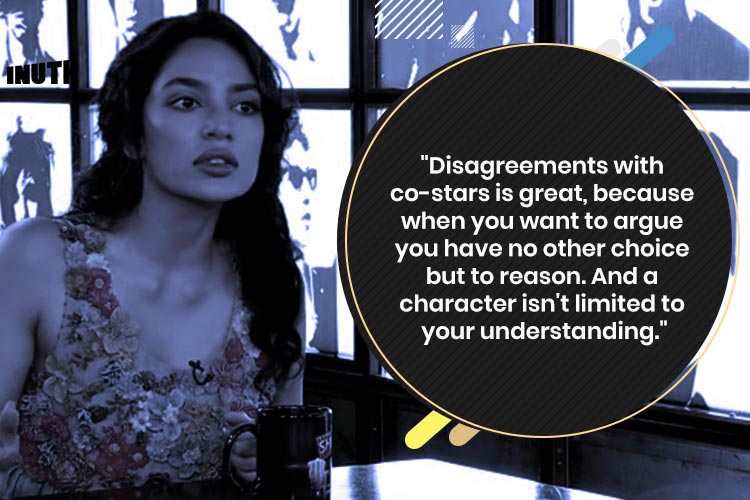 4. Sobhita on playing Smruthika Naidu in Raman Raghav 2.0, who is in an abusive relationship with Vicky Kaushal’s character. 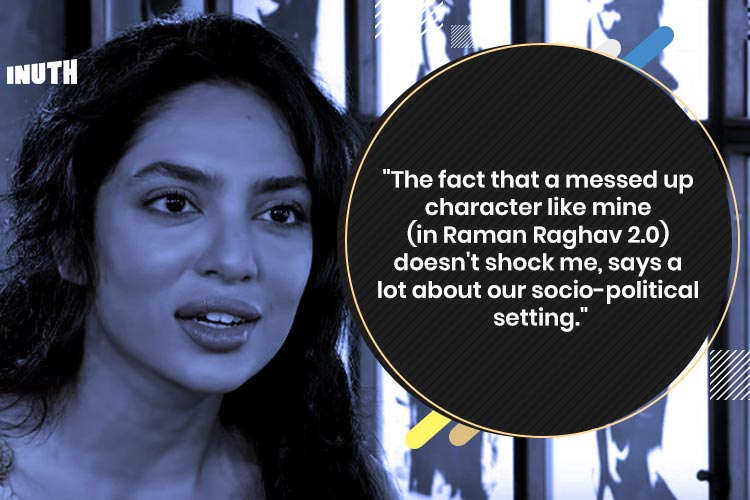 5. Speaking with Film Companion’s Sneha Menon Desai, Dhulipala spoke about why she didn’t want the interview to take place in her home. She describes her home ‘like a temple’ where she prepares for her films, takes up painting and reads books. She maintains that she will forever be protective about her space. 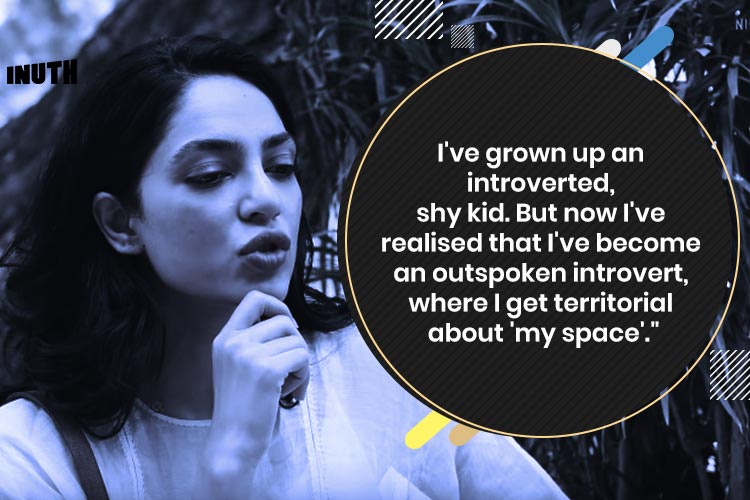 6. In the same conversation, Dhulipala mentions how her habits from her ‘NCC days’ have stuck with her. Even after her recent success, Dhulipala cleans her own house, washes her dishes and goes to the supermarket to buy groceries. 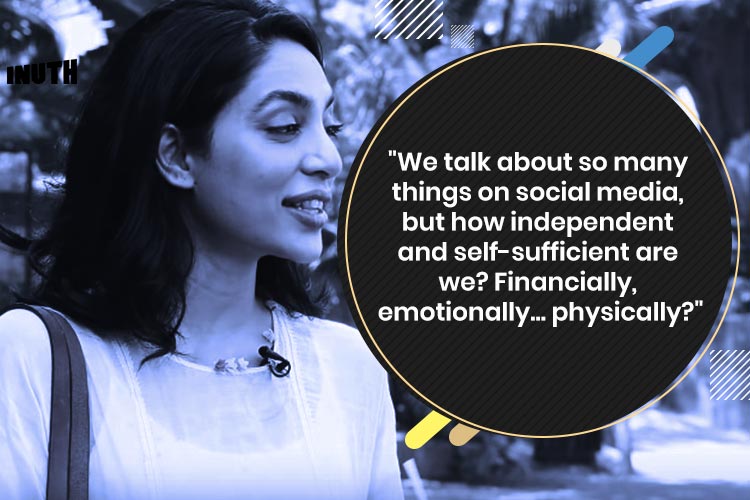 7. Sobhita Dhulipala sounds absolutely convinced about the fickle nature of success. She refuses to believe the applause, unless it translates into more, better work. By now, even she’s used to the glowing reviews that cease to matter a week after the film comes out. 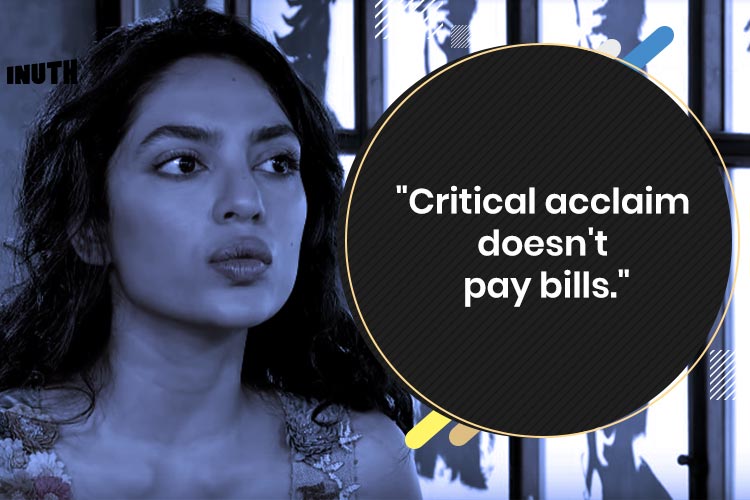 8. When asked if Made In Heaven‘s success has changed her, Dhulipala said that it had actually affected her in the opposite way. 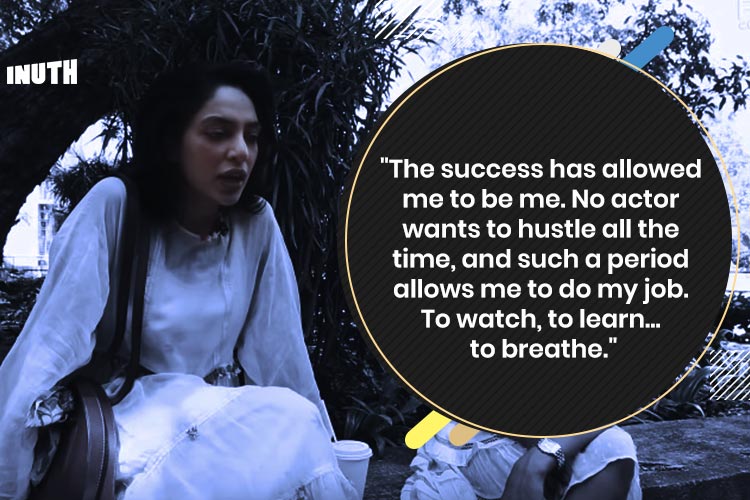 9. Shattering the illusion of social media, Dhulipala drew this fantastic parallel with the Hindi film award shows. On being secure in your own space, and repressing the desire to ‘belong’ to a certain community. 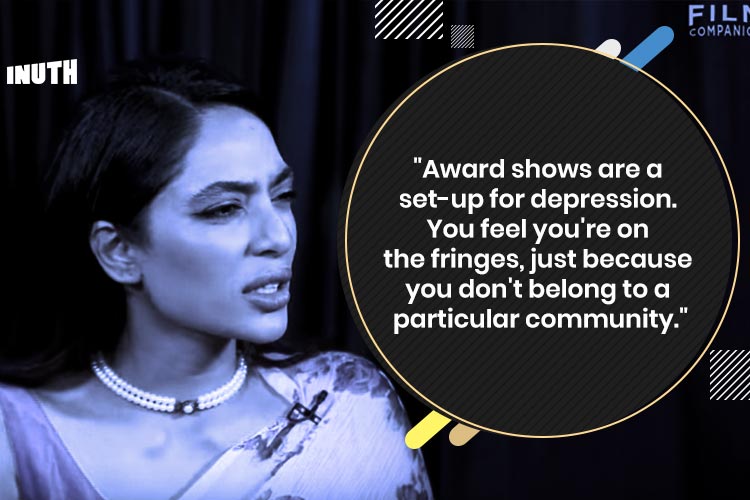 More power to you, Sobhita!