Priyanka Chopra’s annual lecture and subsequent question-answer session at the Penguin Literature Fest in Delhi had several bright moments despite all the controversy. Chopra’s lecture, which was on ‘breaking the glass ceiling’ had several detractors who took to social media to vent. The common sentiment being, there are several women in publishing who would have been more suitable.

PeeCee’s red carpet experiences and appearances on talk shows are known to be entertaining and she (somewhat) brought the same flavour to the stage yesterday. Here are instances when Priyanka Chopra absolutely owned the interview and cheered us all: 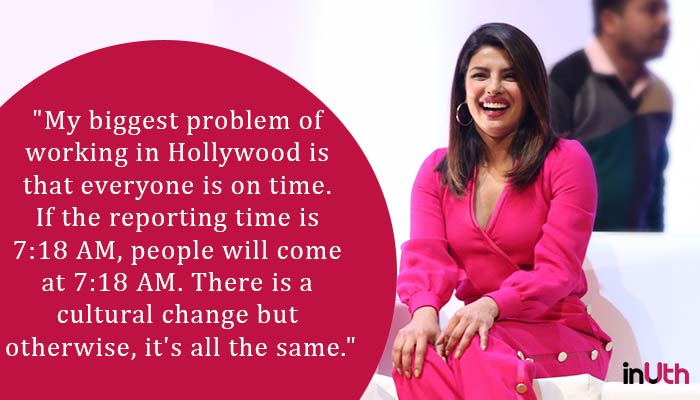 Also read: 9 things we learned when Akshay, Irrfan, Rajkummar, Ayushmann and Varun sat down together

Because it is so important, right? The anchor asked Priyanka if she would be the bridesmaid (OMG YOU NOSY CREATURE) at the royal wedding, and she said: 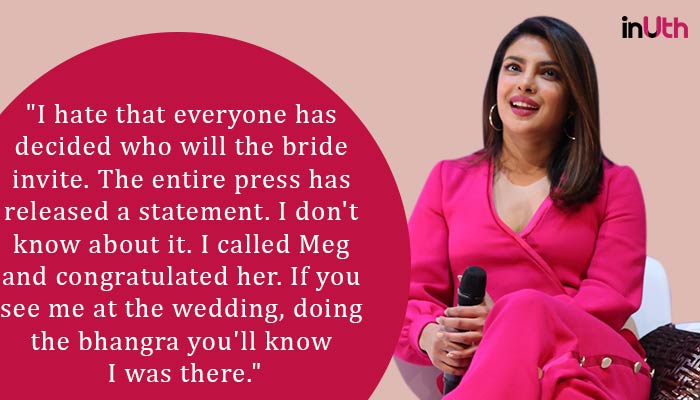 Can we please ban this question? On being asked this incredibly annoying question, Priyanka, unfortunately, did not snap back like we would have. Instead, she said this: 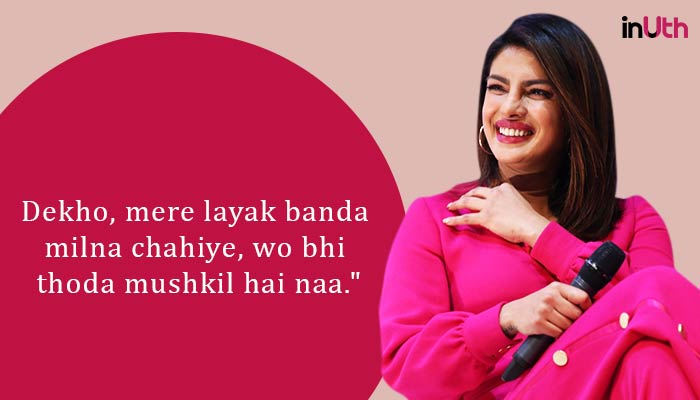 This was clearly the best part of the conversation. Here’s what happened when Priyanka was asked why she didn’t tweet when the entire Padmavati controversy.

Priyanka: Do you want me to answer the question?
Interviewer: Yes, because you are flying out soon, so I want you to answer it.
Priyanka: No, I am not afraid. The Internet follows everywhere. Because when you use my name because you as a media house use my name on your ticker, we are used. So it’s not on me, it’s on you. Hence you asking me this question four times, about another film and another filmmaker and not my life and my career.

Also read: Priyanka Chopra’s mom discussing sexual harassment in the film industry is an example others need to follow

Being away from the Hindi film industry for more than two years, Priyanka has always been questioned about her return. Not being the one to back down, Priyanka said: 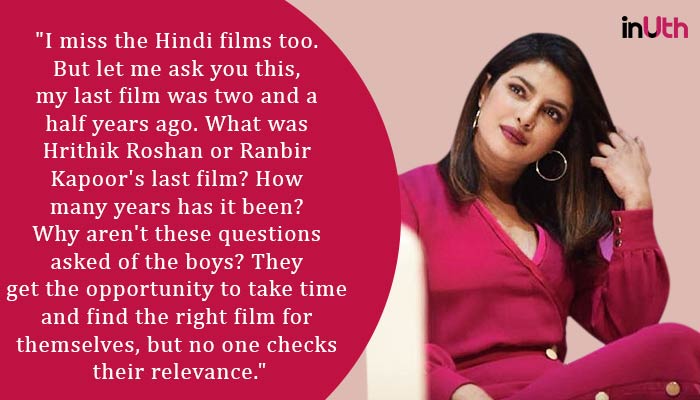 While we all know the culture of naming and shaming abusers has still not caught up with Bollywood, a trend which troubled Shobhaa De. When Priyanka was asked about it, she said: 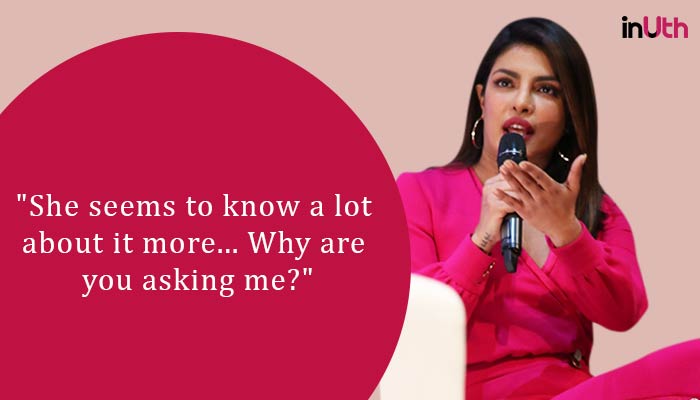 Also read: Chanda Kochhar to Priyanka Chopra: A look at the Indians on Forbes’ list of 100 Most Powerful Women

Priyanka Chopra speaking at the fest drew ire, but she couldn’t be least bothered. She said: 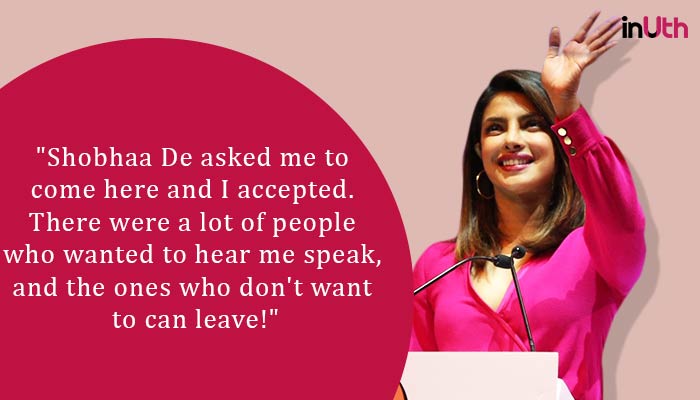