Saif Ali Khan is the most chilled out guy in Bollywood. Especially, if you watch his interviews in the last few years. He has come of age since his Yeh Hai Dillagi days, and so has Bollywood, matching him step for step. He reinvented himself with the likes of Dil Chahta Hai and as the ‘multiplex hero’ in movies like Hum Tum & Salaam Namaste. And now that he finds his feet as the face of a worldwide hit TV show (as Sartaj Singh in Sacred Games), it’s not entirely by accident. You can spot the creative thirst to as back as Being Cyrus and Ek Hasina Thi.

In an industry where the other superstars have let their image define their film choices and featured in one star-vehicle after another – Saif Ali Khan has burnt his fingers in the odd Go Goa Gone (where he plays a member of the Russian mafia) and Rangoon (where he played a second lead alongside Kangana Ranaut and Shahid Kapoor).

Saif Ali Khan has shown great taste in recent projects, and has charmed the audiences with his witty, self-deprecating humour during interviews. He’s shown great awareness (except a few times like that IIFA skit and that open letter) gracefully examining all the attacks that have come his way, and apologising for his stupidity.

Here are 6 times Saif Ali Khan was the most candid person in Bollywood:

1. On his comment that he doesn’t watch a lot of Hindi films, cos there isn’t much to learn from them. 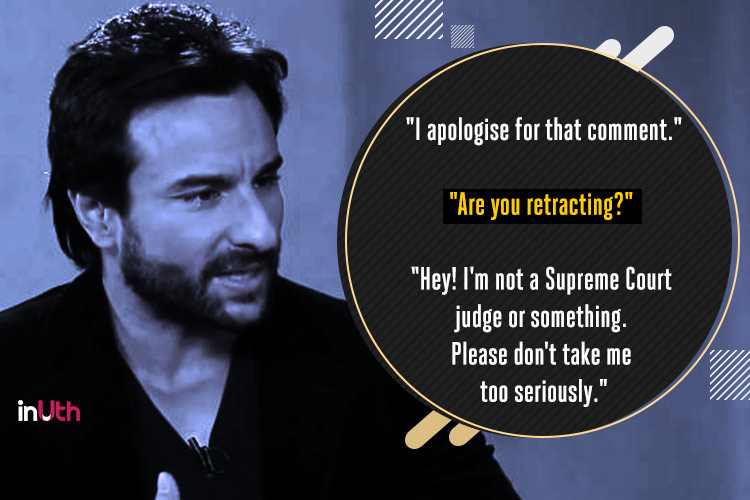 2. On that awful letter he wrote about nepotism and eugenics – 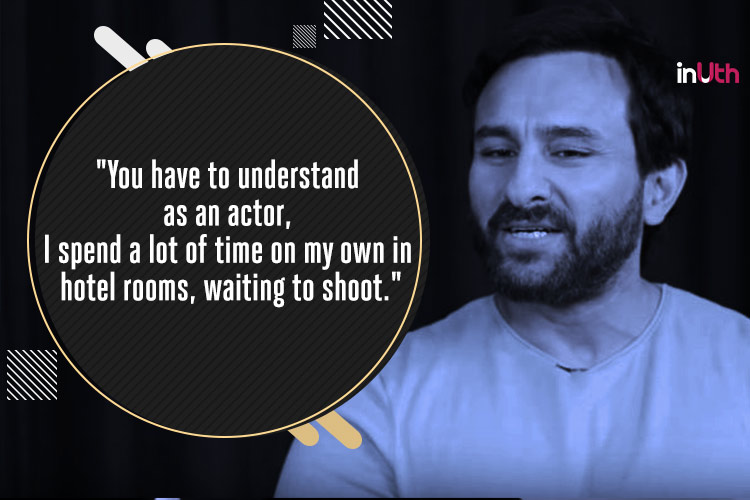 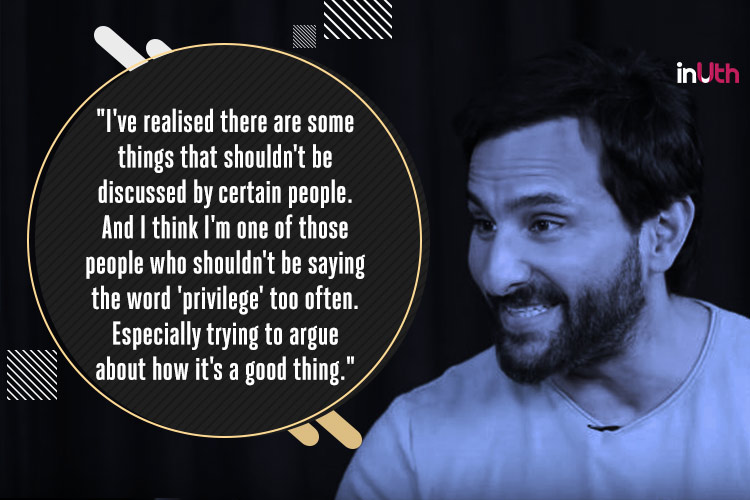 3. On the benefits of being a star: 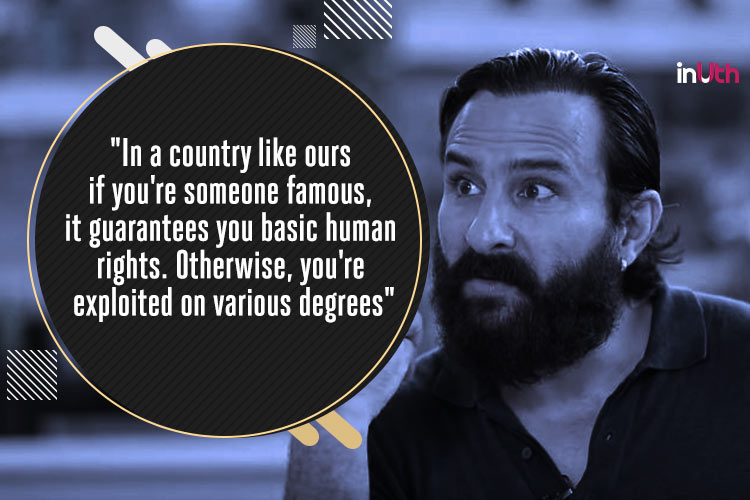 4. On how Bollywood parties are now all about posing for social media: 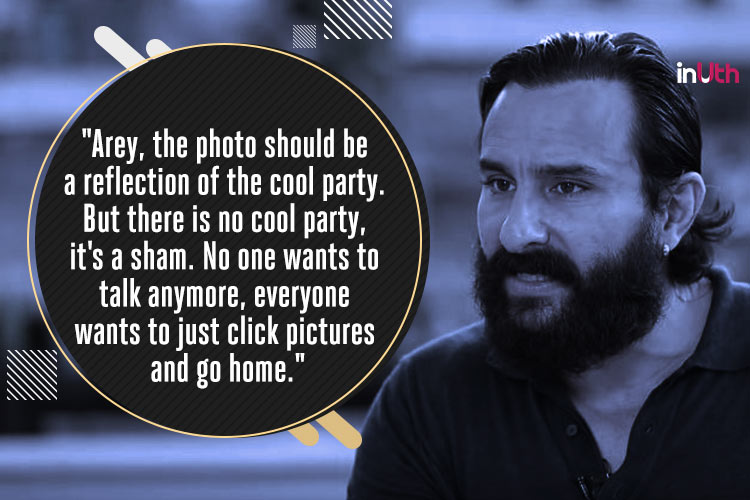 5. On why Shah Rukh Khan, Salman Khan & Aamir Khan ruling the roost is a good thing. For him. 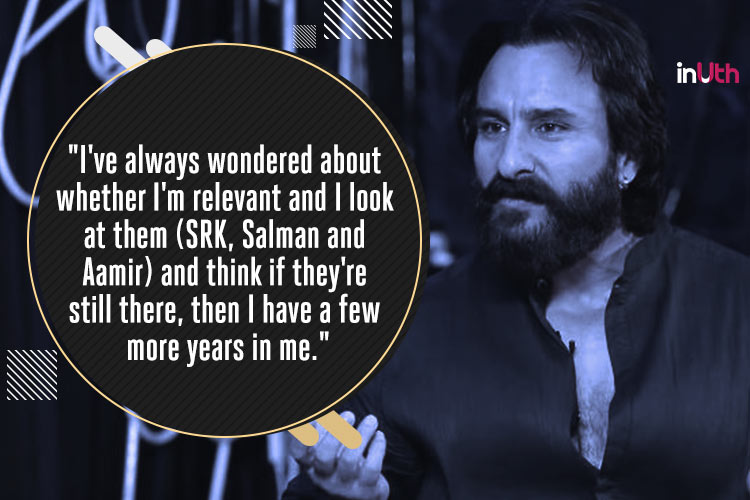 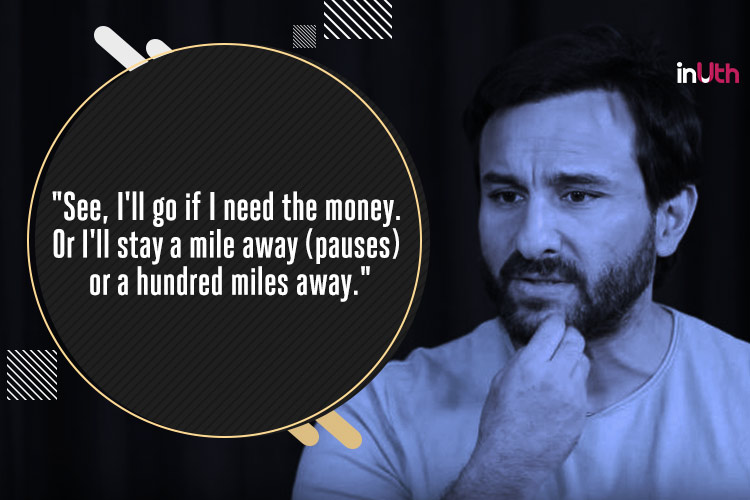