Anil Sharma’s Genius, starring his son Utkarsh Sharma, is releasing today. It’s that kind of a film that looks bad from the outset. Only an alien would walk into a theatre playing Genius hoping to be blown over. Just look at the pathetic tagline in the poster – Dil ki ladaai, dimaag se. Seriously? What year is this? 1996? 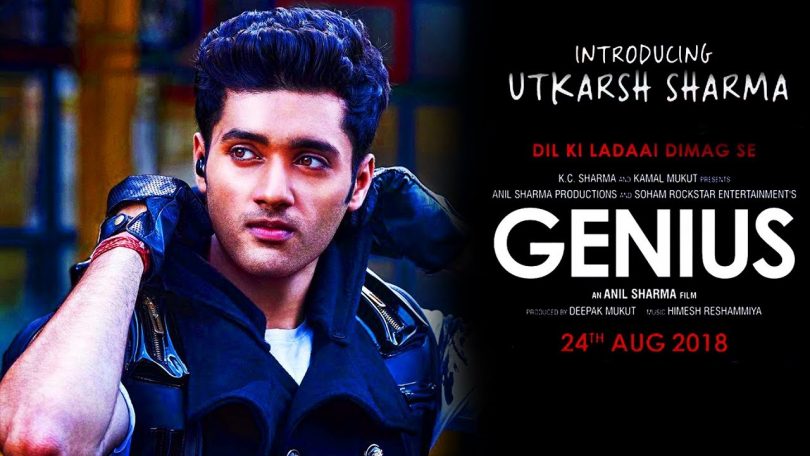 If that alone doesn’t ‘justify’ our bias towards this film, then please feel free to spend three minutes of your lifespan on this trailer (that you’re never going to get back).

Have launch vehicles always been vulgar like this? Of course. And then, Bollywood insiders clarify how there isn’t any privilege whatsoever. Here are 6 instances when Bollywood producer papas gave expensive, obnoxious debut films as gifts to their entitled, spoiled children, who (most probably) didn’t even know how to spell N-E-P-O-T-I-S-M.

Feroz Khan wrote, produced and directed this abominable film, that won Fardeen Khan a Filmfare for the Best Debut (Male) – because the standards were THAT low in the late 1990s. However, thanks to a certain Pretentious Movie Reviews – the film earned a cult of its own. Celebrating the so-bad-so-good bits of the film (pretty much all of it) it confused everyone as to how this atrocious film was under the radar for so long? Looking at Fardeen Khan’s career, we should have identified where the rot began.

Still in social consciousness thanks to his eccentric tweets, this Chopra scion was launched by his own brother (Aditya Chopra) in a film that was produced by his beloved Papaji (Yash Chopra). You know the best part? It didn’t even matter if he was good or bad – because the film was shouldered by Shah Rukh Khan and Amitabh Bachchan. All Uday Chopra had to do was flex his biceps, and dance alongside Shamita Shetty through all the North Indian festivities (including a prom night!)

One would think that this film would be known for being Sonu Nigam’s first solo-hero film (because, Sonu Nigam is a godawful actor). But then his leading lady, Juhi Babbar (daughter of Raj & Nadira Babbar) wasn’t any better. This film alone would bury her career as a Bollywood ‘heroine’.

Director Harry Baweja launched his son in this ‘futuristic love story’ where Harman Baweja does his best Hrithik Roshan impression. Alas! It wasn’t enough to charm the audiences (the film was a huge flop) or his then-girlfriend Priyanka Chopra (who broke up with him shortly after the movie). Maybe she actually ended up seeing him ‘act’ on the big screen, shattering all her illusions.

Old-school producer Vashu Bhagnani launched his son in the most Genius-like film, for which son Jackky worked on his I-can-see-the-future expression. In spite of the film being critically-panned and being a commercial failure, senior Bhagnani seemed tenacious about making a film star out of his son – for which he produced five more films. Now only if he ensured the kid spent as much time on his acting muscle as he did with core exercises…

Just like one of those infuriating Bollywood Papas, Hema Malini took it upon herself to salvage whatever little remained of beti Esha Deol’s acting career. Going to the extent of remaking her own film (1992’s Dil Aashna Hai) and mish-mashing it with musical, Mamma Mia! and making this godawful film.
NEWS FLASH: This was the end of Esha Deol’s career.