A mainstream ‘family entertainer’ is a strange organism. It (obviously) needs a gigantic family in the centre, a conflict between the patriarch and the disappointment (read: son, in most cases). A warm equation between the mother and the son, because well… Maa. A pair of miscellaneous brothers, who exist purely to represent ‘society’. A love story that is directly at odds with the values of the family, and the one that eventually helps to resolve most of the family issues. Happy ending. A film like this might not elevate you to a higher consciousness, but a well-made Indian ‘family entertainer’ is like few other things in cinema. And that’s why even 20 years later, Sooryavansham still rules. 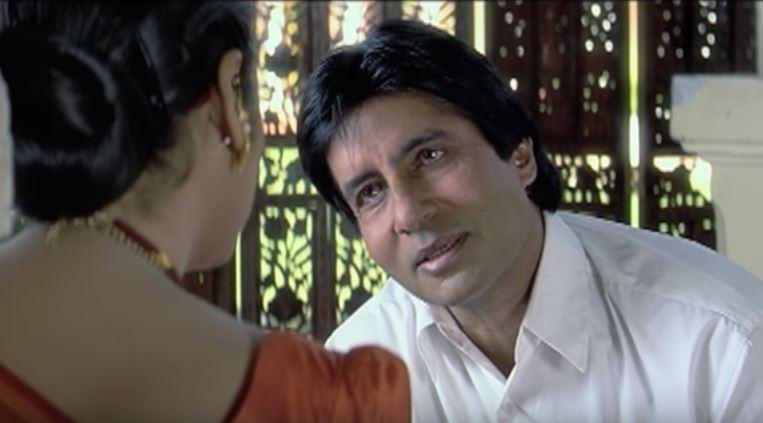 Bhanu Pratap Thakur is a big deal in a place called Bharatpur. If you thought ‘Bhanu Pratap’ as a name was heavy-duty enough, just add Amitabh Bachchan’s baritone, his six-feet build and a head full of salt & pepper hair (that could rival a lion’s mane) to it. Bhanu Pratap Thakur’s overwhelming personality is directly opposite to his son (read: disappointment) Hira Thakur. While Bhanu Pratap delivers judgements as the Sarpanch and cites sections from the Indian Penal Code in pure Bachchan fashion, Hira sings in the balmy vocals of Kumar Sanu. Hira never went through with school, and it’s something his brothers and sister-in-laws never let him forget. Relegated to washing cars, Hira hangs around with the servant folk of Thakur sahab‘s haveli.

It’s to Amitabh Bachchan’s credit as an actor, that he can bring a gravitas to both roles. A particularly interesting vignette revealed during the ‘Extraaa shots’ segment of the film’s many screenings on Sony Max, is that Sooryavansham was supposed to see Amitabh Bachchan and Abhishek Bachchan pair up as father-son for the first time on screen. And it’s probably the film’s good fortune because even though he’s picture perfect during Bhanu Pratap’s thunderous silences, Bachchan’s silences as Hira Thakur nearly stop time. Hira Thakur is the living embodiment of paavam – a word included in the urban lexicon to denote innocence and naivety. 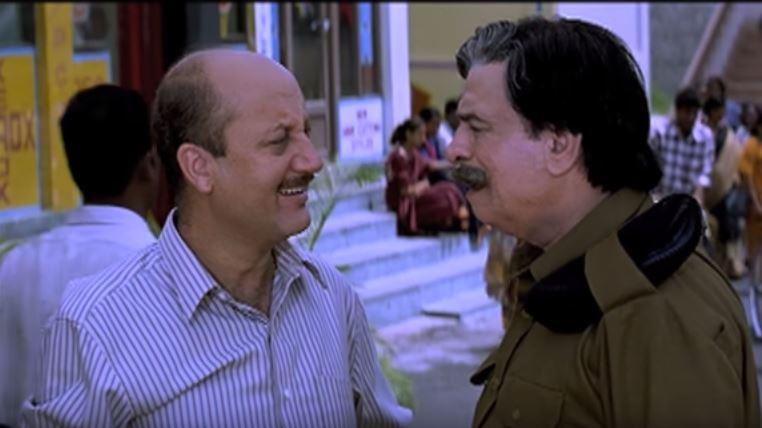 Built majorly around the conflict of these two characters, Sooryavansham packs in everything you could expect from a mainstream film. It delivers the laughs with repeated helpings from Anupam Kher and (the late) Kader Khan. It delivers a love story featuring Soundarya (playing Bachchan’s wife). It has a rags-to-riches track too, where our protagonist (with a golden heart) rises from a bus driver to a top-notch industrialist, all in the span of a song. It teaches a lesson to everyone including a gold-digging ex (played by Rachana) and an ‘evil’ rich man (played by Mukesh Rishi). The film also allows for the fiery Bhanu Pratap to turn child-like in front of his grandson. Also how Bindu, who plays the role of the hard-talking, borderline amoral mother of Soundarya’s character, comes around. That too with kheer.

Sooryavansham teaches all the right sanskaars. Meeting her father-in-law as an IAS officer after many years of estrangement, Soundarya’s character touches his feet. When Hira’s son says that his ‘new friend’ looks a lot like him, Hira corrects him and says, “no, I look him… beta“. The definition of a masala film has been widely debated, but one could argue that Sooryavansham, in spite of its limited repository, does a fine job of nailing the masala elements of his story. Like when Bhanu Pratap reluctantly picks up the phone to speak to his son after many years of estrangement, and pukes a whole lot of blood as soon as he starts talking. 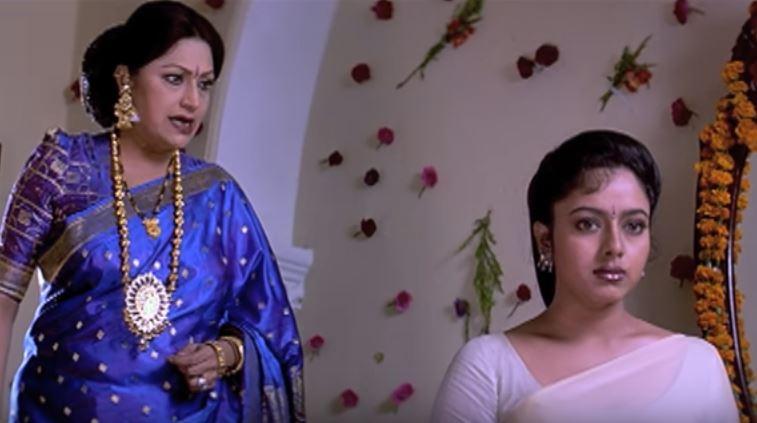 Who can forget that climax where a father battling for his life, comes for his son’s rescue. That climax, which gives us two Amitabh Bachchans kicking butt for the price of one ticket, is an obvious crowd-pleaser. Sooryvansham is not the kind of film that will be hailed as ‘great cinema’ for breaking new ground. Instead, the film scores its highest because of its familiarity and reassurance. In the past two decades, how many of us have broken into a smile when Bhanu Pratap and Hira break into a dance at the end of the film. If it leaves you with a smile, then does it even matter if it’s ‘great cinema’?