Bollywood’s one of the most good-looking actors Arunoday Singh tied the knot with his long-time girlfriend Lee Elton in a private ceremony at his Bhopal residence recently. The couple looked amazing throughout the ceremony, as they exchanged their wedding vows.

The love-birds met at a yoga retreat in Goa and are in a relationship for more than two years now. The duo began to live together and Lee now runs a beautiful garden restaurant in Goa. While all the ceremonies including mehendi, sangeet and wedding were held at the actor’s residence, the reception was hosted at Bhopal’s Shivrajpur Palace. 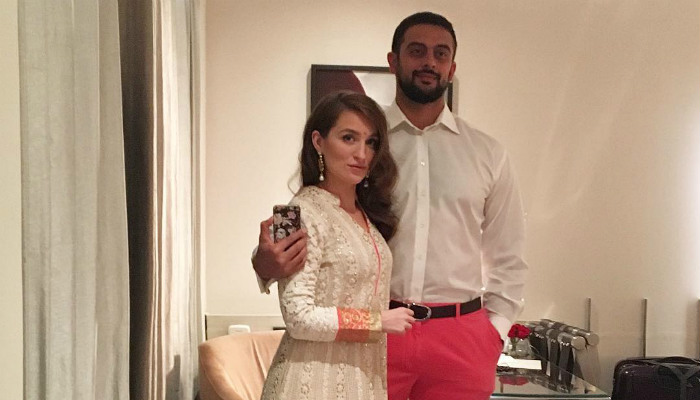 The couple looked ravishing in matching traditional attires and Lee simply took our breath away as she carried the whole Indian bride look effortlessly.

Talking to Mumbai Mirror, a guest at the wedding said:

Arunoday got married in the home where he grew up. All the food was prepared by local chefs and his dogs were part of the baraat. Everybody lazed around near the farm, got mehendi applied on their hands and sang Beyonce tracks at the top of their voice. It was spectacular yet homely. 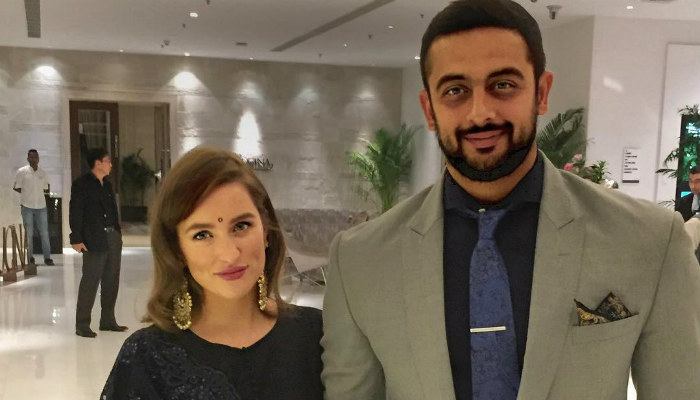 Arunoday, who was last seen in Hrithik Roshan’s Mohenjo Daro has appeared in many Bollywood films but got recognition with Sonam Kapoor’s Aisha and made all the girls fall in love with him.

The wedding was a fun-filled three-day affair and was also attended by the couple’s close friends from the film industry including names like Cyrus Sahukar, Gaurav Kapur, Yudhisthtar Urs and Sarah Jane Dias. Arunoday and his friends shared some of the memorable moments on their Instagram accounts and the pictures were nothing less than amazing. Have a look: