It’s been a dry couple of weeks since Avengers: Endgame released on April 26. No mainstream Hindi film released last week, and this week’s only option is Tiger Shroff-starrer Student Of The Year 2. The film might go on to do great numbers at the box office, but let’s call Student of The Year 2 for what it is – a film not for everyone. After a point in life, how much confetti is too much confetti? What’s your breaking point for slow-motion flying and over-choreographed dance performances?

If you want to excuse yourself from a plan that involves watching Tiger Shroff, Tara Sutaria & Ananya Panday showing off their best profile for two and half hours, then don’t worry. There are a lot of interesting shows/documentaries/movies to stream over the weekend. Here are 10 fabulous things you could watch in the comfort of your living room.

1. Our Planet (Netflix)
Hosted by David Attenborough (who turned 93 day before yesterday), the show is produced by the same people who made the BBC documentaries Planet Earth and Blue Planet. Another nature documentary, where the camera lurks around some (simply put) of the most breathtaking phenomena of wildlife and marine life. Stunningly shot, the documentary offers a sense of spectacle even while educating us. Just like its predecessors.

3. Ribbon (Amazon Prime)
Rakhee Sandhilya’s indie gem barely made it to the second week during its theatrical release. However, the film’s found its audience through short bursts on various streaming services. After it release on Prime, one simply cannot emphasise enough on Kalki Koechlin and Sumeet Vyas’s unhinged, unplugged performances in the film. The film is a stunning examination of the urban marriage, and how it stretches a couple to its limits.

4. Homecoming (Netflix)
Beyonce’s directorial debut centres around her 2018 Coachella performance, where the popstar was one of the main draws. By taking the audience behind the scenes through the build up for the big night, Beyonce stresses upon how her identity as an African-American is embedded her DNA, thanks to her mother. And how, in spite of all her fame, she’s still coming to terms with her influence and the responsibilities that come with it. It’s surely a stirring, self-reflexive concert film.

5. City of Dreams (Hot Star)
After Nagesh Kukunoor’s failed attempt to inhabit the web with Alt Balaji’s Test Case, he has come up with this portrait of a poltician family. Beginning in the aftermath of an assassination attempt sends around ripples of tension between untrustworthy siblings, and it all becomes about the survival of the most power-hungry.

6. Knock Down The House (Netflix)
Netflix’s stunning documentary follows the lives of four women appointed by the New Congress – a political movement to challenge America’s two-party system (much like AAP in 2012). Having a star like Alexandria Ocasio Cortez emerging from the movement as a NY Congresswoman, has guaranteed this documentary a majority of eyeballs. But it’s about an entire class of idealists in America waging an ideological war on the status quo. Simply put, it’s about much more than Alexandria Ocasio Cortez.

7. Laakhon Mein Ek season 2 (Amazon Prime)
An assured second season to a solid first season, the second season of Laakhon Mein Ek succeeds mostly because it dreams small. Taking on the issues surrounding rural healthcare, the writers make acute observations about the rotten ‘system’ that kills hope and idealism on a daily basis. It is also the story of accountability, and how ordinary circumstances produces extraordinary character.

8. The Wandering Earth (Netflix)
The second highest grossing non-English film at about $700 million, this Chinese space epic has grand ambitions. In spite of less-than-stellar writing and amateur acting at certain points, this is a largely entertaining film. Definitely better than staring at Tiger Shroff’s abs for two hours. 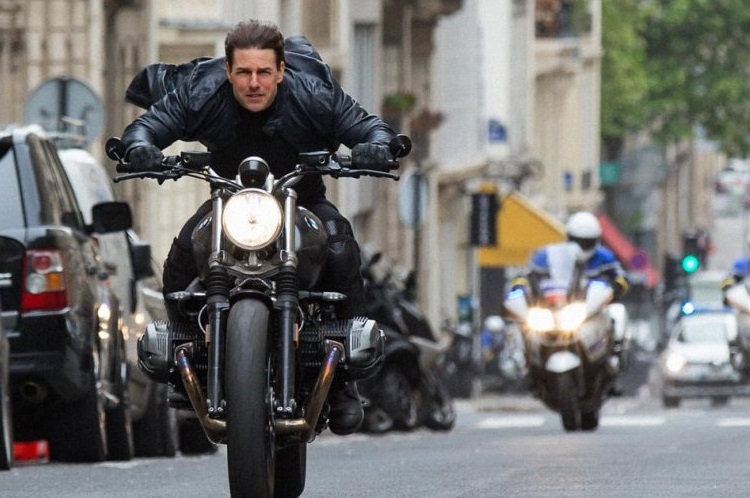 10. Patriot Act season 3 (Netflix)
After a roaring second season where Hasan Minhaj touched upon the Indian elections (hilariously teaching Shashi Tharoor what ‘snacc’ means), there’s a third season in store. Believe it or not, but Hasan Minhaj’s show is slowly becoming as popular as The Daily Show (where Minhaj was a correspondent) & John Oliver.