When David Letterman walks out on stage for the latest episode of his Netflix show, My Next Guest Needs No Introduction, the audience is already cheering.  Letterman tries and fails to form coherent sentences, as the audience cheers for a man who defines stardom in India.

Bowing to the excitement in the room, Letterman finally says the name – Shah Rukh Khan, and the audience erupts. For someone who has interacted with his fair share of celebrities (comprising more than a few Hollywood superstars) in his career of five decades, even Letterman seems stumped. What follows is an hour of witty barbs exchanged between two irreverent-yet-respectful gentlemen.

Here are the 10 best moments from Shah Rukh Khan’s interaction with David Letterman:

When asked about if he really has around 3.5 billion fans around the world, as a piece in the Newsweek estimated. 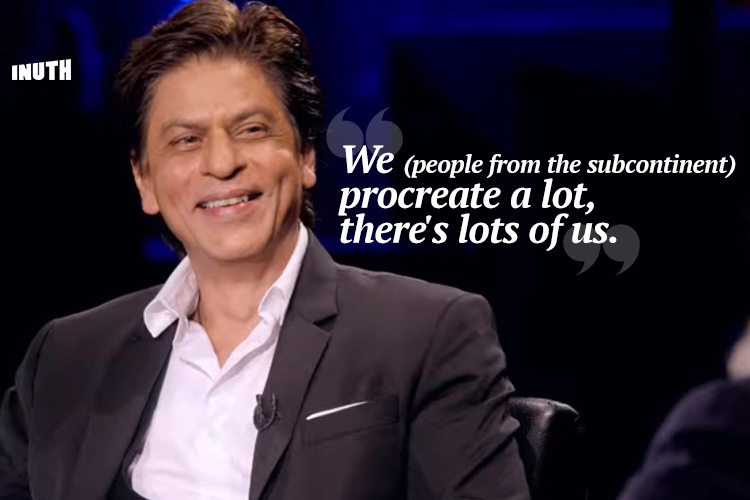 Shah Rukh Khan is trying to explain the concept of Ramleela to Letterman, which was also his first acting assignment. Khan played a member of the vaanar sena and while he’s trying to recite the only bit of dialogue for his character, the audience pitches in. 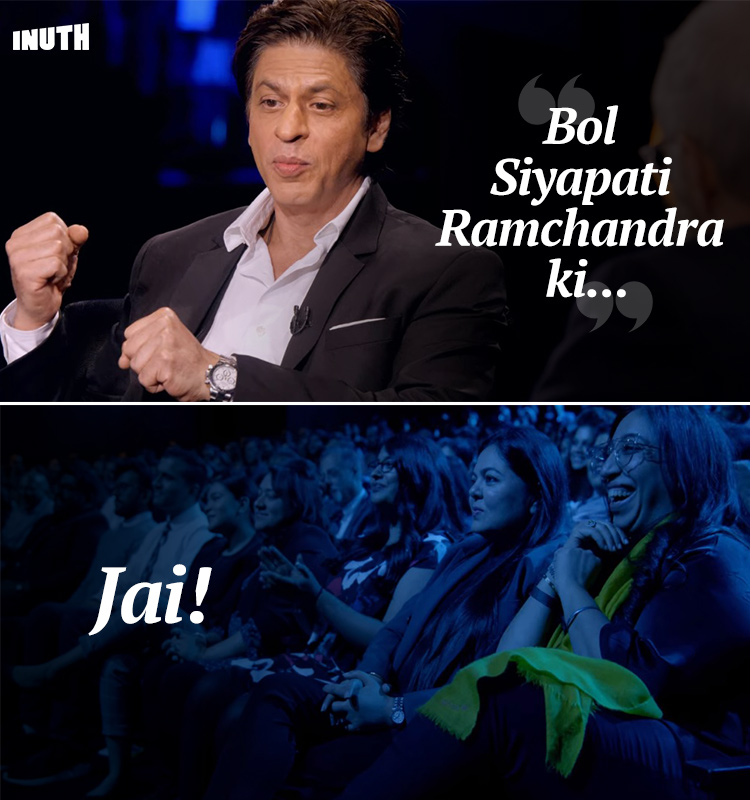 Speaking about his father, Khan describes him as the world’s most successful failure. He explains how his father was never able to stick to one job, because of his inability to lie, but he did drop the odd pearl of wisdom for his son. 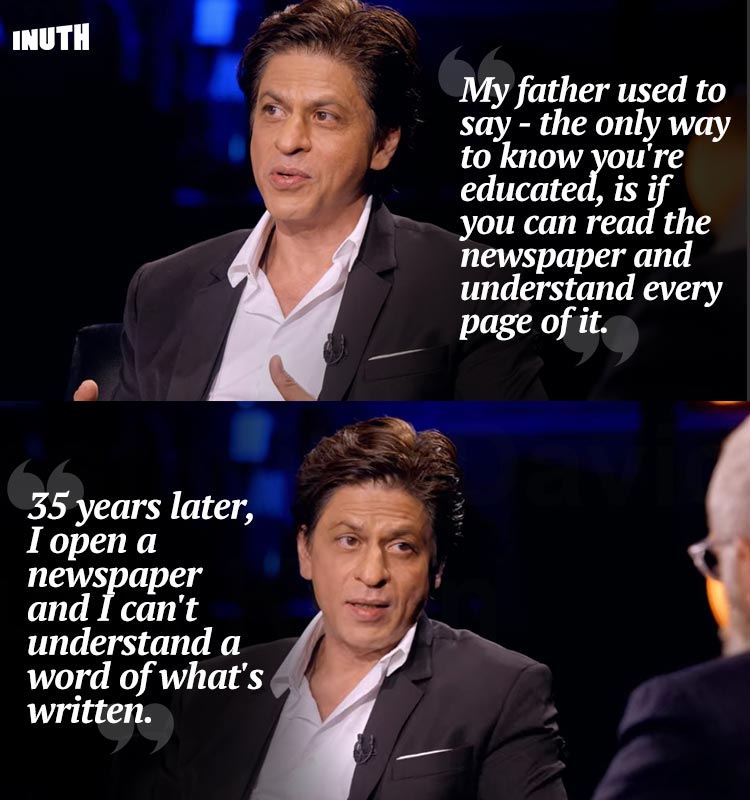 During the conversation, the audience got a peek at Shah Rukh Khan’s parental side. Rolling his eyes while giving advice to his daughter and buying presents for her boyfriends, Khan also put them in their place in his own inimitable style. 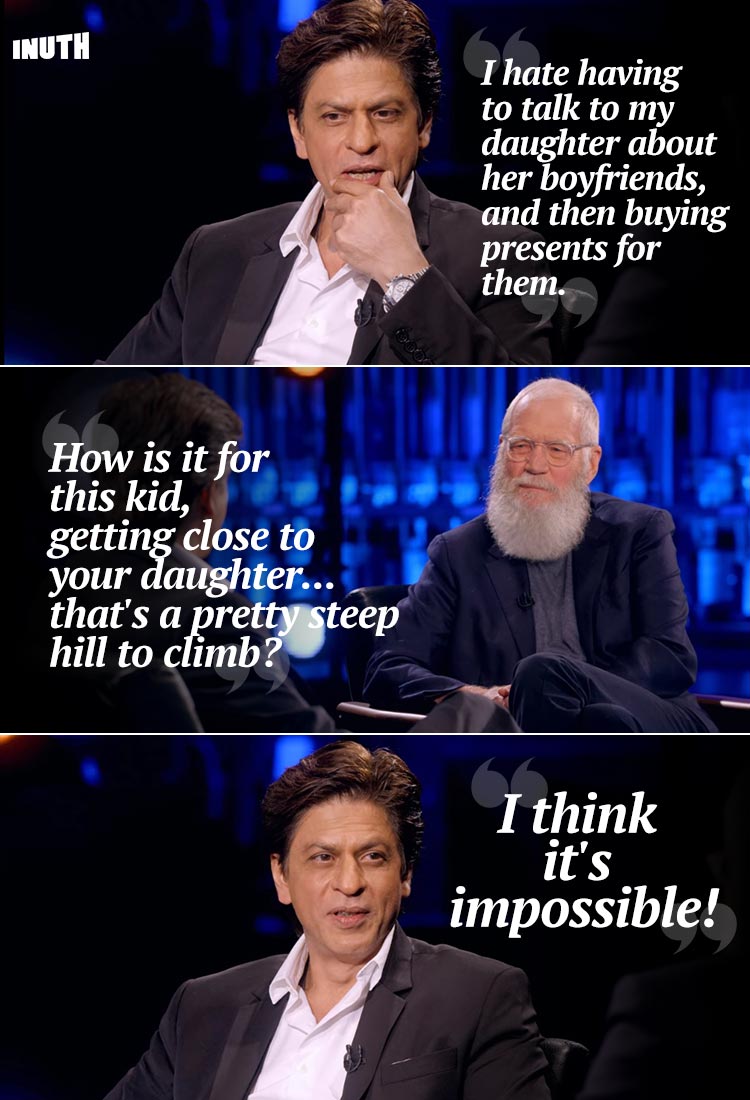 Talking about how he was adopted by his grandmother for five years, Khan spoke about his temporary move to Bangalore and joked about why his mother might have put him out for adoption. 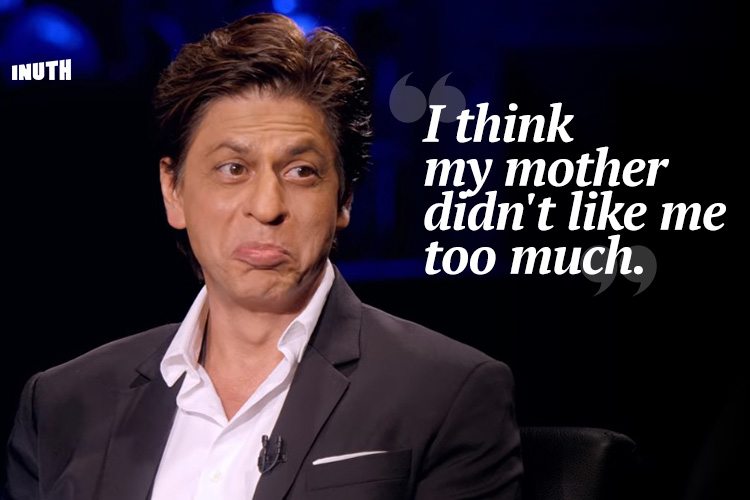 It’s hard to imagine any other Hindi film actor slipping in a joke about his mother’s death, the way Shah Rukh Khan does over here. Talking about how he managed to screen an episode of his first show for his mother shortly before her death, Khan tied it to the slew of bad reviews his films have been getting for a decade now. 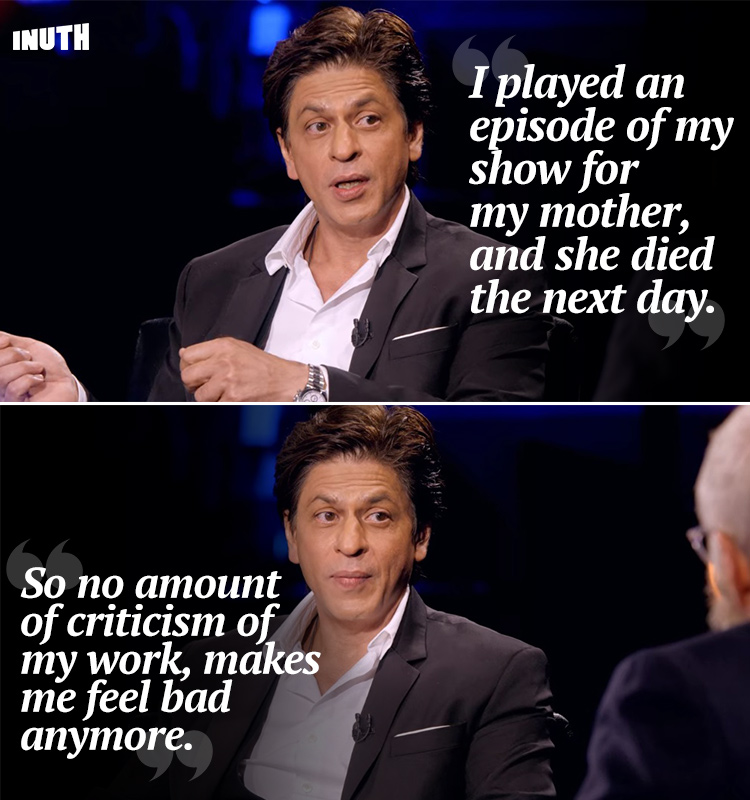 Like most larger-than-life superstars, Khan realises the importance of separating the artist from the myth. Khan’s superstardom is an organism unto itself, that has nothing to do with his good/bad art. 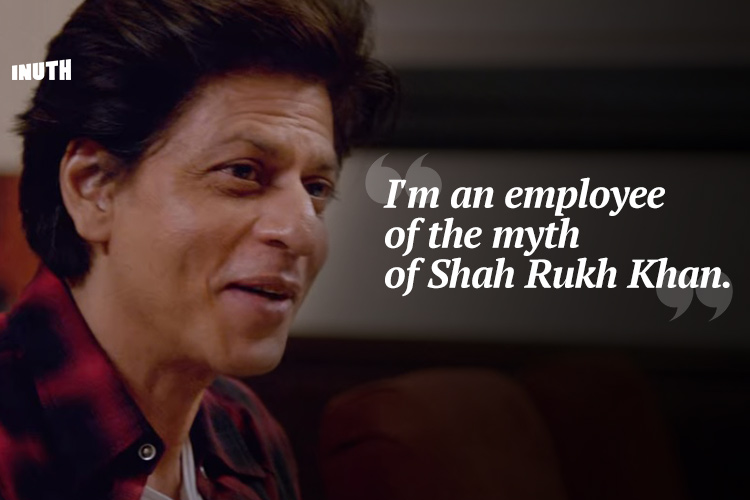 Quizzed by Letterman as to when will his reign of celebrity end, and Khan was his usual cheeky self. 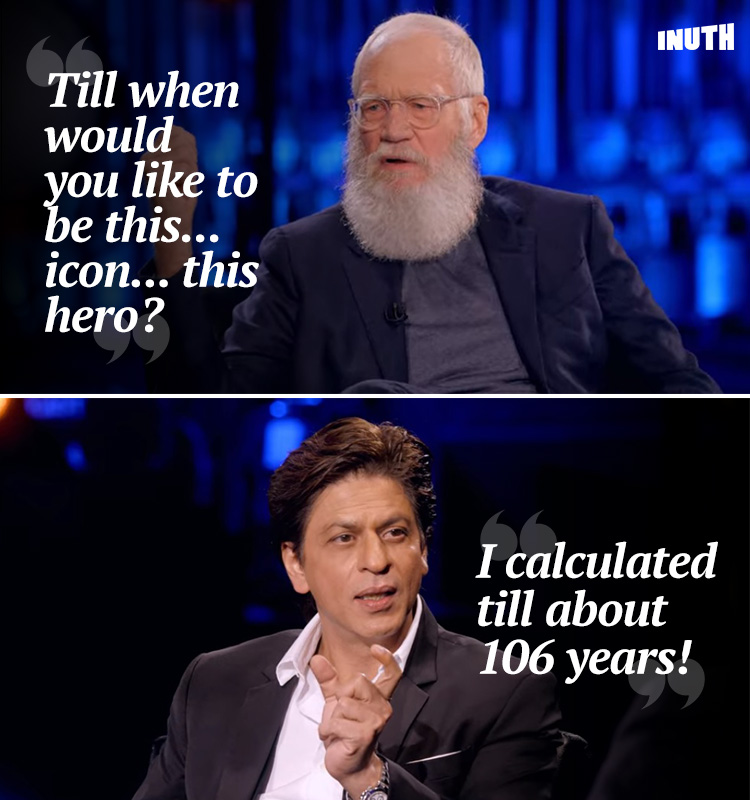 Having been approached by two policemen for questioning about an incident of misbehaviour (in a magazine editor’s office), Khan spoke about it with a degree of shame. 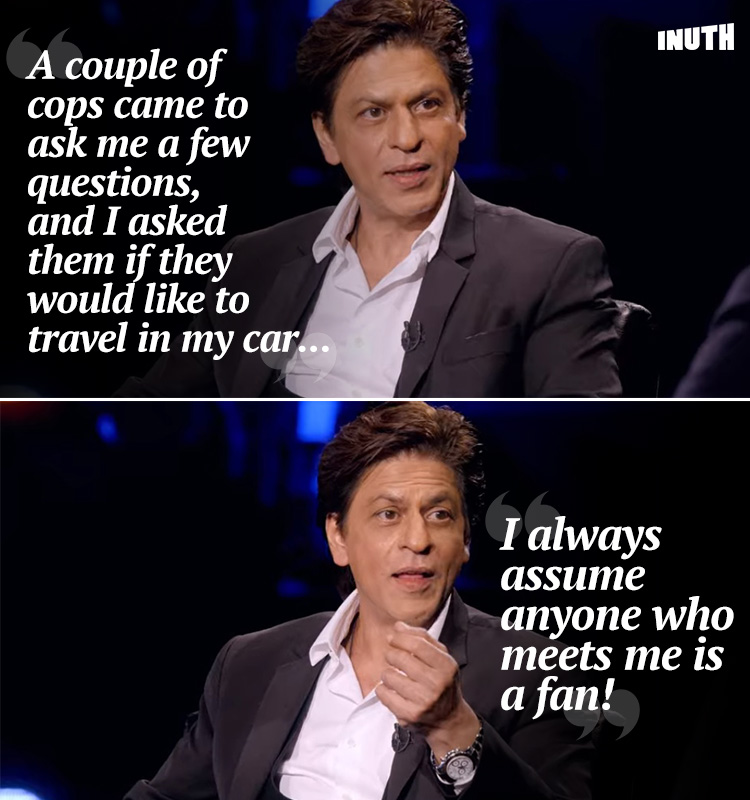 Speaking about the foul temper that everyone at Wankhede stadium got to see, Khan pulled a joke out of this one too! 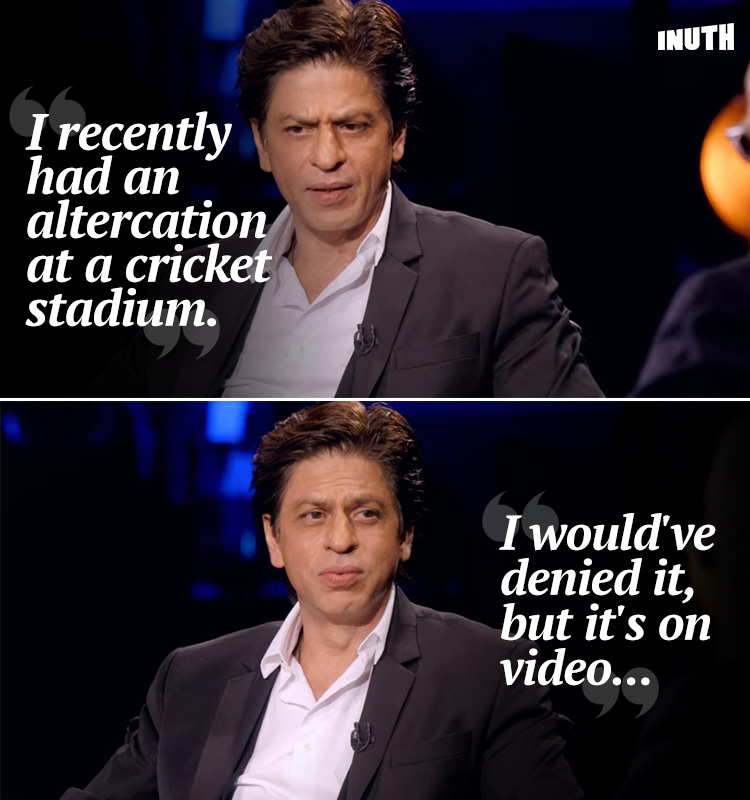 To many more years of hilarious Shah Rukh Khan interviews, where the star floors us with his wit & humour.