Bobby Darling, who now goes by Pakhi Sharma, has filed a divorce from the businessman Ramnik Sharma, with whom she tied the knot in February 2016. She filed a case with the Delhi Police on the grounds of domestic violence and unnatural sex. Pakhi also revealed that her husband threatened to harm her family if she filed a complaint against him. But now she has gone ahead asking for both a divorce as well as her money.

According to the reports published by a leading daily, sharing the account of violence perpetrated on her, Pakhi said. “Ramnik would beat me up after getting drunk and accuse me of having extramarital affairs with every second man. He also usurped my property and money. He made me give him co-ownership of my flat in Mumbai and did the same when we bought our penthouse in Bhopal. He also bought an SUV using my money immediately after the marriage. Now, I am left with nothing.”

Revealing the details on how she fled from Bhopal to Delhi, Pakhi said that it was when her husband had gone to repair the phone that she cashed in the opportunity to flee from Bhopal. She intentionally didn’t file a case with the Bhopal police as her husband had declared that he had contacts.

Also Read: Bigg Boss 11: Gopi bahu aka Devoleena Bhattacharjee wants to work with Salman Khan and yet she refused to do the show 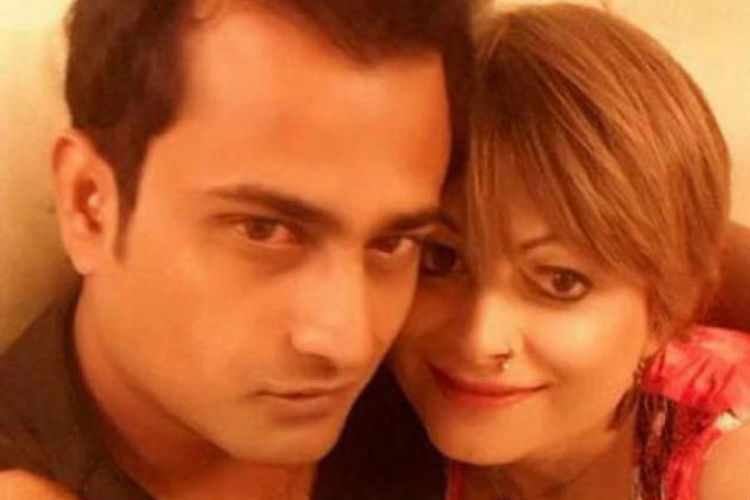 Bobby Darling along with her husband Ramnik Sharma (Courtesy-Twitter)

She further revealed that “Ramnik had paid the building’s security guards to keep an eye on me, and they would inform him of all my moves. He kept a tab on who I spoke with and where I went. Tired of the constant bickering, I suggested that we get divorced with mutual consent, but on the condition that I would get my property and the car back. However, he didn’t agree to it. He would, in fact, beat me to because will in his name. I want my property back so that I can sell it off and move back to Mumbai.”

However, Ramnik tells a different story. Explaining his stand, he revealed that Bobby was lying and also claimed that she fled with his property papers and jewelry.

“Bobby is lying blatantly. She is the one who fled with my property papers, money and gold, and I have filed an FIR against her. She was after my money. I have never hit her. In fact, I went against my entire family to marry her. She lied to me that she’ll be able to conceive, but after learning that she won’t be able to, I requested her to either try IVF or adopt a baby. But she didn’t want to take the responsibility of raising a child.”