The shortlisted list of non-celebrity contestants on Bigg Boss 10 is out. And the mix of these interesting faces is going to create a lot of hoopla in the house this year. Actors, singers, bodybuilders, marketing enthusiasts and businessmen, Bigg Boss this year has picked up common men as participants to introduce a new format on the controversial reality TV show.

One of these contestants is Kajol Tyagi who is one of the youngest ones to be entering the show. A popular YouTube personality, Kajol is also a confident and knows her strategy which can be seen in her bio she wrote in the Bigg Boss 10 application form:

“I’m a rebel. I can be an emotional fool and quite compassionate, but I’m also impatient and could kill people for making me wait for even a minute. I have dated a celebrity in the past and would never hesitate for a minute to challenge any celebrity I come across in the house.”

Born on 24 December, 1993,  this 23-year-old woman likes to be part of discussions on sensitive issues like LGBT, sex education etc. She has even released some casual videos expressing her opinion on such issues. While she originally hails from Kashmir, Kajol is a proud Mumbaikar. With that quirky sense of style, the pretty lady is expected to bring a lot of fresh energy to the show. And credit this enthusiasm if you see her excelling in the budget tasks assigned by Bigg Boss to her. 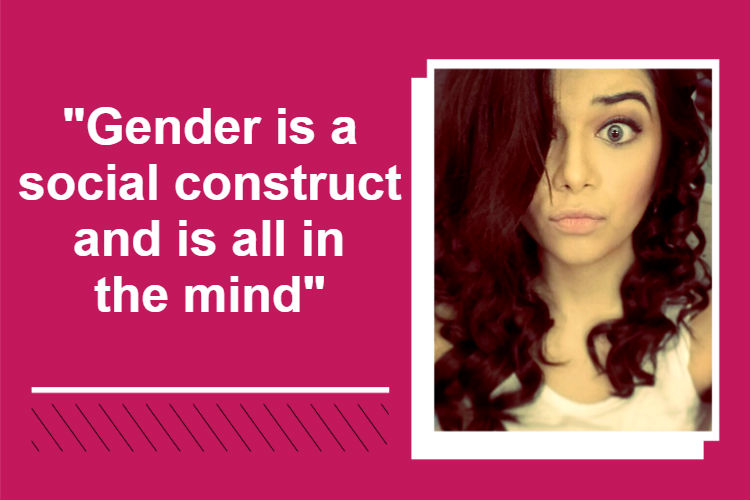 Kajol has also assisted in films and is friends with actress Aneri Vajani of TV show Nisha Aur Uske Cousins. In her interview with an entertainment portal a while back, the young woman had mentioned how she believes in a new world without any gender biasness or class privilege.

Also read: Bigg Boss: A recap about the winners on the show over the years

Her Facebook and Twitter timelines are filled with her posts of details about the show she anchors. Take a look:

Also read: Bigg Boss 10: Will Iulia Vantur be Salman Khan’s guest on the show this year?